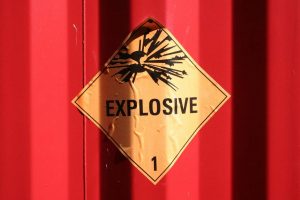 A couple weeks ago, I lost it. The final straw landed and broke this camel’s back. To be a bit clearer, I ended up throwing a bit of a temper tantrum at my gaming group. I hit aÂ wall and promptly had a meltdown.

As most of you already know, December is a tricky month to keep playing in due to the holidays, but when I asked earlier in November, we had a consensus that December 4thÂ was okay for everyone. Because gamers often have the attention span of a squirrel on a sugar rush, I sent out an e-mail at the beginning of the week to remind everyone. Suddenly, we went from having seven players to just four (this includes a GM).

It’s important to ask yourself whether the situation is going to be a permanent deal breaker between you and the group, or if the situation can be salvaged. Not every gaming group is going to be compatible with you and that’s okay. If the style or substance of the group isn’t something you enjoy, it’s okay to amicably walk away and start looking for another group that’ll be a better fit. Of course, if it’s something else or something that’s bothering others in the group, it should be worth sitting down with the everyoneÂ and looking for a resolution to the problem.