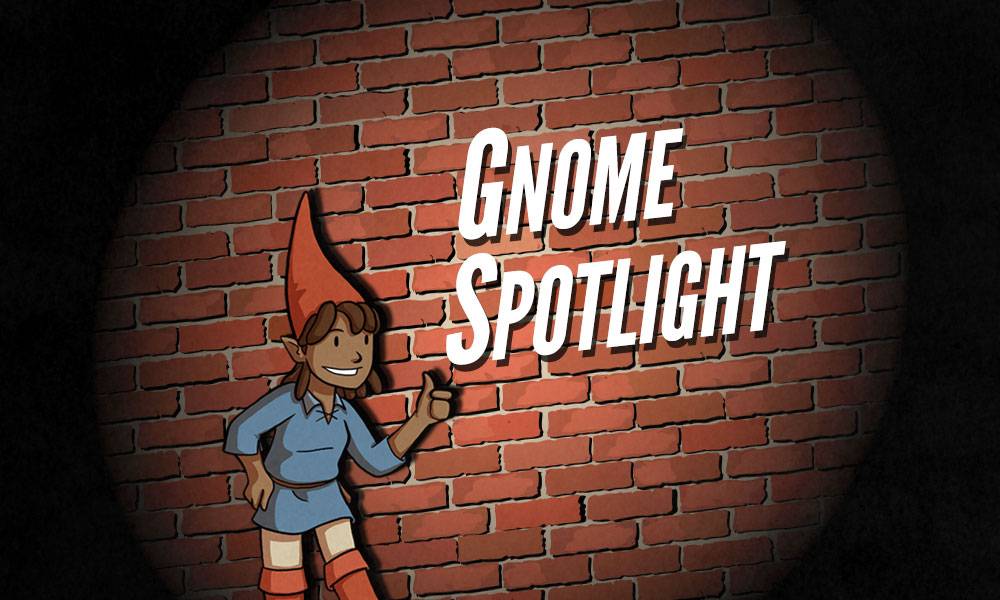 Welcome to Gnome Spotlight – an article series celebrating gamers doing good in the world, both within the realm of gaming and outside of it.

The idea for Gnome Spotlight came from posts by Shanna Germain, senior designer and co-founder of Monte Cook Games, who was on the hunt for a curation of games, artists, and companies doing great work at being inclusive and representing diverse people. There tend to be voices that call out large missteps made by companies, and this is an important step towards positive change (“Be critical of the media you love”). However, the other side of the “Better, Kinder, Inclusive, Accessible Gaming” coin is to bring attention to projects and people that are already doing great, brave work. As Shanna asked,

“Who’s praising the great stuff and elevating those profiles? That’s what I want to read.”

Gnome Spotlight isn’t the only voice doing this, but we hope to be a consistent source of comforting, happiness-inducing news in your media deluge, and hope that we can shed light on projects that are actively trying to put good into the world and make gaming a better place. For each Gnome Spotlight, we’ll tell you what folks are doing and how you can help, if you have the time and resources to do so! 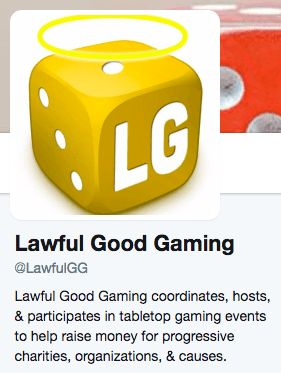 Play games, donate to charities. Volunteers run RPGs online for people who donate to a supported charity, which are selected around different themes for each “season” of Lawful Good Gaming. Season 1 is “Champions of Equality.”

How you can help: Run games, play in games, donate on behalf of games, or volunteer at Lawful Good Gaming. Participants of all alignments welcome.

Disclaimer: I am a part of Lawful Good Gaming’s leadership committee; typically I will not be involved in the organizations featured!

On a cool autumn day in Rivendell, Elrond scowled before the assembled nerds, asking himself: “How did it come to pass that the fate of Middle-Earth lay in the grubby, Funyan-soiled hands of such dorks? Truly, that bafflement Galadriel must be playing one of her jokes.”

In January, James Walls voiced frustration at the treatment of American citizens due to the executive orders of Trump’s immigration ban (itself now on temporary restraining order due to its unconstitutionality). James heard the American Civil Liberties Union speaking out against the ban and saw unaffiliated attorneys traveling to airports to help stranded citizens pro bono. James felt the need to contribute, but found himself at a loss for what he had to give. Then it struck him:

“My initial reaction was to find the right charity and send a donation. I still plan on doing this, but can I do more? Can I get a ball rolling? Can I somehow leverage my time and talent? Unfortunately, as a gamer nerd, there’s no direct way for my talent to benefit those most in need by this executive action. But I think I can do it indirectly… and I’d love to get more folks involved if possible. Maybe you.”

What ensued was a whirlwind of meetings, charity games, and social media outreach that has produced Lawful Good Gaming, an organization with a simple plan: gamemasters volunteer to run games (typically online), with the “price” of entry being proof of direct donation to a featured charity. Note: no money is exchanged with the organization or its members – all donations are direct to the charity organizations themselves.

The first organizational meeting assembled over 20 participants clamoring over a Discord channel, each wanting to know what they could do to help. A third of this crew stepped up to join the leadership committee, which James lauds as the lifeblood of the organization. Christina & Keith Garrett, Social Media Mages who run the Lawful Good Gaming Twitter, told me how James’ call to action resonated with them. Keith felt exactly the same urge to contribute, and Christina was smitten by the idea of gamers doing what they love to effect positive change.

That first night was an emotional one; the committee had to pick a focused direction for the group, a name, and figure out which charities they would feature. The decision was made to start now, start small, and gather some “quick wins.” The hope was to channel people’s frustration and desire to do good into immediate (if small) actions, rather than try to bite off more than they can chew and lose steam.

One of the touchier subjects was the decision to support charities that dealt with partisan issues, as it risked alienating some participants. However, because Lawful Good Gaming came about in response to the immigration ban, the committee felt it had to have some chance at making an impact in those areas too.

The committee decided to have seasons, in which they support different suites of charities to bring together people from broad political leanings who all want to support good causes. Each season’s charities surround a theme, but there will be some breadth to ensure that most people should be able to find a charity they find worthy of their support. 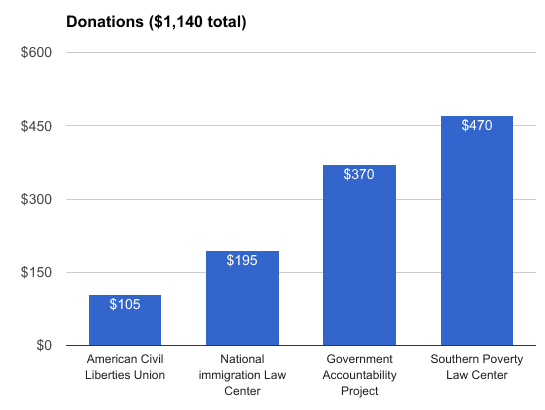 Since its beta test in February, Lawful Good Gaming has run 7 games, which have been enjoyed by 29 players, resulting in $1,140 donated to the four sponsored charities from players and an additional 3 people who have matched donations or donated on behalf of sessions. Five more games are on the docket.

I’m impressed at the diversity of games being run! Games that have been/are going to be run include:

I think it brings out a side of gamers that we always knew was there, but now we’re tapping into that and bringing it to light
Share55
Tweet21
Reddit
Email
Reception

Most of the activity is currently happening over at Lawful Good Gaming’s Facebook group, where 179 members are geeking out about the fabulous games that are happening, some of which are being livestreamed and archived, like this Cypher System Modern game.

A highly contagious passion seems to sweep through all levels of the organization. Rohit Sodia, creator of play-by-post website Gamers’ Plane, is doing the work of many lesser mortals as he creats a custom website for Lawful Good Gaming, which will eventually live at lawfulgoodgaming.org. The entire leadership committee (besides yours truly, the slacker PhD-pursuing gnome) has a finger on the pulse of the organization and its needs, constantly helping participants and adapting to new needs and opportunities. Apart from the leadership committee, gamemasters engage deeper by posting delightful play reports, followed by asking “What should I run next?” Players in some games are even advancing to become gamemasters themselves!

This stepping up has been heartening to James Walls. “We gamers are escapists,” he says; it’s against the stereotype that gamers would band together over such real-world issues. “I think it brings out a side of gamers that we always knew was there, but now we’re tapping into that and bringing it to light.”

There is so much good on the horizon for this organization. To tantalize a few possibilities, look forward to exciting new supported charities, audience-interactive twitch streaming games, and potential online game weekends or mini-conventions.

How You Can Help

What kinds of charities would you like to see supported for future Lawful Good Gaming seasons? 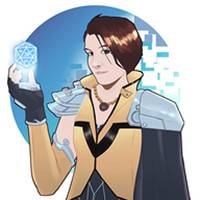