GM’s Challenge: Use Only One Book 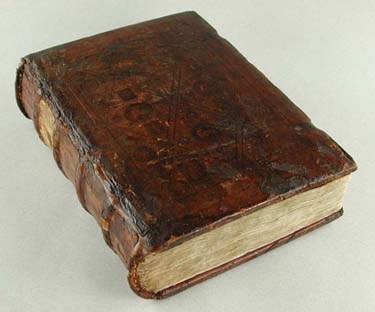 One of my players was recently bemoaning his other game. In that game, the GM spent a lot of time flipping through multiple rulebooks looking for “the answers.” Meanwhile, my friend and the other players sat there not adventuring. One way to avoid this is to limit your options to just a few core rulebooks. The purpose of this column is to examine whether we can pare that number of rulebooks down to one.

This may sound very limiting, but there are some good reasons to consider it. One book is easy on the wallet, and you can try out a new system without taking out a second mortgage. With one book, you’ll spend less time looking up rules and more time focused on your players and your world. It also greatly reduced rules confusion while you GM. With one book, you can learn the rules inside and out. Let’s look at some areas of the game and how we might get by with just one book.

CHARACTER CLASSES
Books containing additional character classes certainly provide players with more options. But they generally come with a cost: rules bloat. As a GM, you now have to manage a number of non-standard classes at your table (wood or virtual). Under a one-book model, you simply make minor modifications of existing classes, rather than hanging another albatross around your GM neck.

For example, suppose a player really wants a holy knight or paladin, and that’s not a standard class in your one book. You might simply adjust your cleric class by allowing them to use edged weapons and to own
a horse. To compensate for these extra benefits, increase the number of XP to get to the next level. With a simple fix you’ve given the player most of what they want without bringing additional complexity to your game. You may want to note these changes right on their character sheet and just let the player handle the differences from the standard class.

In fact, even a modified class may be unnecessary. One of my players wanted to be a swashbuckling, musketeer type. After looking at some options, he decided just to play a standard fighter. However, he roleplayed him as a chivalrous dandy who hated getting his fine clothes damaged. We’re having a blast with the character, and the roleplaying is more important than the mechanics.

OPPONENTS
Roleplayers love their bestiaries. In fact, many one-book systems provide a section with creatures and opponents. With very little work, you can simply reskin these creatures and NPC’s. Change their appearance, adjust a special ability or attack, and you’ll have plenty of trouble to throw at your players for years.

Even if your book is only a player’s handbook type, you can still create endless opponents with very little work. Most combative creatures are based on a fighter/warrior model. Make up a chart of the fighter’s relevant abilities at different levels, bolt on extra attacks or a spell-like ability, and you’re done. Here’s another dirty trick: take your PC’s character sheets, and swap a few spells, skills, or special abilities. You’ve got ready made opponents almost exactly balanced with your party. Give them pointy-ears, green skin, or a bumpy forehead and they’ll never know. You can always bump them up or down a few notches to adjust the difficulty of the encounter. Whichever method you use, you’ll actually save yourself time and maybe come up with something unique for your campaign.

TRAPS, CHALLENGES, AND REWARDS
Many one-book systems list at least some options for these items. If not, simply take a look at a standard character sheet for your game. What abilities or skills could be used to avoid a trap or overcome a challenge? What are the consequences for failure (loss of health, etc…)? What ways might they recover from a failure? Using this method, you can tailor your traps and challenges to your PC’s and their genre.

Creating rewards is a similar process. However, in this case, take a close look at your weapons and spell lists. Many magic items/weapons mimic the effect of existing spells or grant a bonus against certain enemies. Give your new items some reasonable restrictions (one per day, doesn’t work against anything yellow), and hand them out to your players. Better yet, ask your players what they might want in a magic item. Then give them some of what they want.

SETTINGS
Single book systems typically provide little in the way of setting information. However, this can be a feature not a bug. By not being tied to a specific setting, you can mold your world to your characters. Suppose someone is playing a barbarian. Make one of your villains the leader of a rival tribe. Do something like this for each of your players, and your campaign planning is easy. Also, if you are playing in a shared world like Star Wars, Star Trek or Middle-Earth, there are more than enough resources available online.

CONCLUDING THOUGHTS
The one book model is not a religious edict. Use whatever you find helpful in your session prep. However, you might find that it is sometimes easier to use one book and make creative adjustments as needed. It’s often quicker, keeps the rules manageable, and may even foster your own resourcefulness in the process.

What do you think? What points do you disagree with, and what did I miss? Let us know below.

23 Responses to GM’s Challenge: Use Only One Book