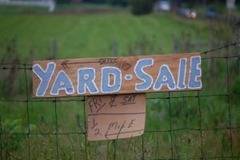 Once again January has snuck up on me and dealt extra backstab damage, so it’s time to pretend that my B-string campaigns are something anyone else would ever actually run and re-“gift” them to you.

As usual, I expect the real gift will be the comments section where everyone else piles on with their backburnered campaign ideas.

These ideas are great for a new game for the new year, or for spare parts for inclusion into an existing game. Enjoy! 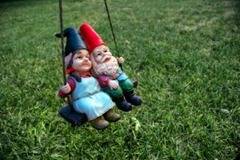 Gone are the days where gnomes are able to roam the forests safe from the incursions of man. Some still give it a try, but they’re viewed like survivalist Amish by their urban cousins. Most gnomes instead spend their days as ceramic statues and their nights tending their new garden homes. Other fantastic creatures have followed suit, so that pewter dragon statuette on your desk may be a real dragon in disguise. While many of these covert creatures live in peace with their surroundings and neighbors, others wage a twilight war for territory and resources. Still other groups seem to be peaceful but use loathsome tactics like creating mind-controlled human zombie slaves to advance their positions. While peaceful, gnomes’ history of being guardians and nurturers makes it hard for them to turn a blind eye to these abuses and often find themselves building alliances and manning the front lines in defense of their new lifestyle. 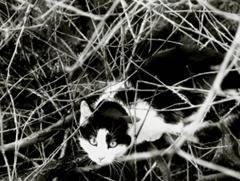 Though we’ll discuss this in terms of the newish Warrior Cats game, this campaign concept would work with any game in which PCs are split into distinctive “clans” (so anything from White Wolf would work fine as well as other settings/systems). In a “crucifying Elminster” event, the clan territories are bought and plowed under to build a new resort. Since the area is home to several large colonies of feral cats, the actual construction is preceded by a mass capture/relocation program. Between the two events, the clans are decimated and widely scattered.

A handful of groups, each consisting of a few representatives of several clans, manage to find new safe havens and, cut off from others of their kind, reforge a new society with new traditions and a flavor all their own. Perhaps one group migrates to the city and becomes a two-leg savvy clan of garbage-pickers; another gets sold to a group of scientists, are experimented on and manage to escape and live in air vents and inside the walls a’la The Rats of Nimh; and another finds shelter in an abandoned mansion where the veil is thin, dealing with hauntings and cthulhoid entities. As GM, you provide the locations and allow the players to play out several non-sequential generations each impacted by prior play.

Once you’ve reformed all the clans the players find interesting, they’re called together once again by visions or technical savvy or whathaveyou, and these new clans (plus any “NPC” clans you wish to add) have the task of rebuilding a new set of communal territories with each player making a new character from one of the new clans. Like all “crucifying Elminster” games, this campaign allows a GM to run a game without the overhanding shadow of lore, and allows the group to make the game uniquely their own. As mentioned above, this campaign could be adapted for any setting where the PCs come from distinct “clans”, all that needs to change is the particulars of the event that scatters the old clans and forces their survivors to work together in a vacuum.

Nothing to be paranoid about:

It’s the future. Mankind has dotted the planet with dozens of massive independent arcologies. One of them is home to the PCs who are employed as troubleshooters…
Or freedom fighters, or journalists, or whatever. The important part is that before play, you have a session for planning out your own arcology. Pick a city or invent a new one. Since arcologies are independent, you can set it up however you like. Choose it’s system of government, it’s ecology, it’s economic details, it’s history, it’s construction, the major problems it’s facing. Whatever details are useful or your group finds interesting. Then decide on a theme for the PCs. Government agents? Maintenance men? Journalists? Freedom fighters? An arcology facing a dangerous infrastructure collapse requires very different characters than one with a rash of mad prophets, or one with zombies. Run using your favorite appropriate system and when Chicago Arcology’s problems are solved (or it falls over into Lake Michigan) it’s time to make a new one and move on.

What about you? What campaigns have you backburnered? You’ve already told us about the new game you ARE going to run for the NYNG contest. What was your runner up?