Fantasy Crops For Your Game 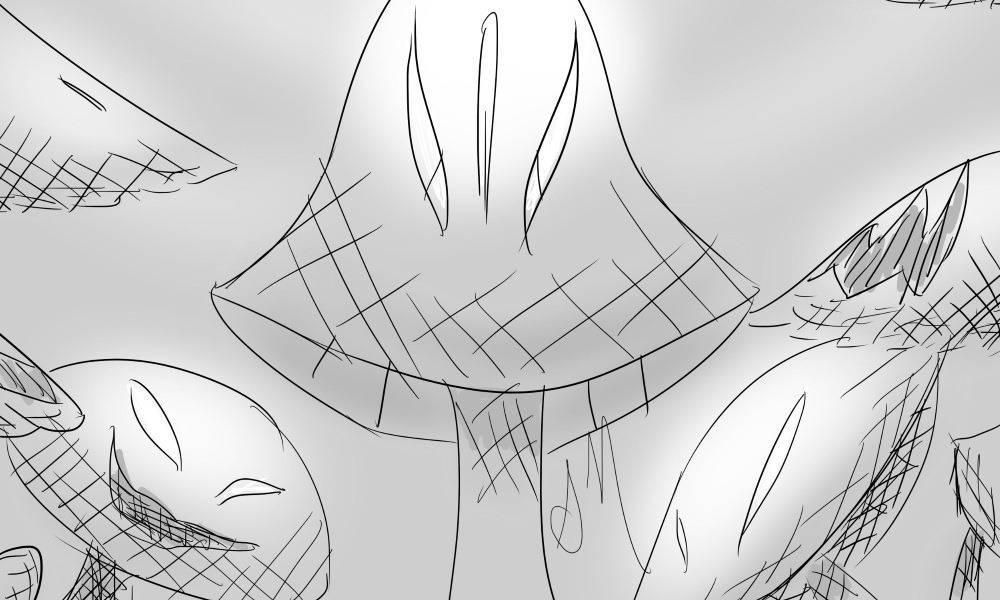 Something that rarely comes up in fantasy games, though characters often travel through farming villages, is agriculture. Yes, sometimes there’s a fight in a field, or a possessed scarecrow, or orc raiders are burning the fields or slaughtering cattle, but medieval fantasy peasants grow the same crops that we do in the modern world. Which is odd when you think about it. Because yes, mad wizards are more likely to make owlbears and oubliettes* than magical corn, but farm boys become apprentices sometimes and then there are times that magic just happens: Stray magic warps things or a wish ends up weird.

So here is a seed pouch of odd crops to drop in your game. You can use them to add some fantasy flavor or a touch of magic to a location, or securing them can be the focus of a quest.**

Rockwheat: A magical cross between a lichen and a grain, rockwheat isn’t an impressive crop. It has a poor yield, low nutritional value and isn’t particularly tasty. It is however extremely hardy, growing in rocky and barren terrain and cold temperatures that would kill other typical crops. Mountain villages often raise rockwheat on sheer hillsides, the walls and roofs of their buildings and even on the walls of mine shafts (though it does grow poorly in low light conditions).
– Similar crops: Desert carrots with hairy taproot systems that reach several yards deep in the ground for moisture, Shadow Melons that grow pale and squishy in complete darkness. Pick an environment hostile to traditional crops and twist one to fit.

Shreikers: The traditional screaming mushroom is edible, and fields of them serve as a useful early warning system for villages. Like most fungi, they’re not terribly nutritious and they require warm moist growing conditions, but with some good livestock waste for fertilizer, will grow quickly and abundantly.
– Similar crops: Lots of the traditional “hazard plants” from games such as sundew and assassin vines make excellent defenses as well as food sources, as long as villagers are able to protect themselves from their own defenses during harvest time.

Lightfruit: Native to the underdark, these scraggly bushes grow small fruit that shed a gentle light. They make useful exterior light for gardens, yards and city parks as well as providing food. They come in a variety of colors and properly processed juices, wines, jellies and candies retain their illuminating properties.
– Similar crops: Edible varieties of mosses, mushrooms, and even seaweeds can provide illumination as well as nutrition

Firebulbs: Through some strange alchemy or magic these sulfuric onions release considerable heat when bitten or cut.Â  They will actually cook themselves as well as other ingredients they are mixed with, and make excellent hand warmers. They grow exceptionally well in ash or volcanic soil
-Similar crops: Oilgrapes are a similar but inedible plant with military applications. When one of their oily sacs is crushed, it undergoes a violent heat reaction which quickly sets off its neighbors, spraying burning oil all around itself. For obvious reasons, their stems and vines are highly fire resistant.

Wonderroot: A starchy root similar to potatoes with no flavor of their own, mashed up and mixed with a small quantity of something else, wonderroot will weakly mimic other flavors. This is a popular crop among the poor to stretch more expensive food. It grows well in wet mucky earth.
– Similar crops: There are other plants that mimic tastes and a psionic fruit that reads your mind and tastes like you want it to.

What other fantastic crops can you imagine for your game? How would you use these?

* Awesome name for a DnD retro clone
** Knights of the dinner table did a series of strips on a quest to secure some orc turnips which were so large and hard they could be used as a thrown weapon that did 1d10 damage.

6 Responses to Fantasy Crops For Your Game