As we move to the summer months many families have large get together over BBQ and pasta salad. Nerds do this type of get together as well but instead of a watermelon or hotdogs we bring a new board game for the family to try out. 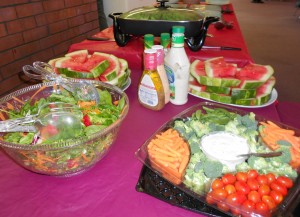 With great gusto I bring a couple of board games with me every time we have a family function. During Thanksgiving dinner I was even able to convince my grandfather, who has never played a board game in my mother’s entire life, to try out Ticket to Ride because there were trains in it. That was a natural 20 on my diplomacy roll. I have even helped my cousin pick out games to play with her group of friends and now she loves to try new games as much as I do.

Picking the right game for the right people can sometimes be a challenge. Here are some examples of games I have brought with me.

The very first non-traditional board game I brought to my family get together was Settlers of Catan. This one can have 4 players unless you get the 5-6 player expansion. With 4 players it was easy to convince grandma and a couple of cousins to play. The rules of this game are also really easy to learn so they are easy to teach younger folks. The box recommends at least 10 years old but if they have a good enough attention span you could go as young as 7. This year during Mother’s Day Settlers of Catan was the game my Mom asked to play with us. 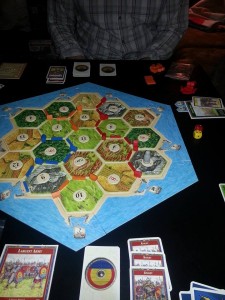 My Mom winning Settlers of Catan.

Another good game to bring along is Tsuro. The age they recommend is 8 but I’ve played this with toddlers during a rainstorm. I just had to adjust the rules a bit and watch them closely to make sure they didn’t put any of the pieces in their mouths. It really helps with path recognition and keeps the little ones busy while my family members who are good at cooking make delicious food. A bonus with this game is that it can be played in about 10 minutes. So you can play multiple games in one sitting. 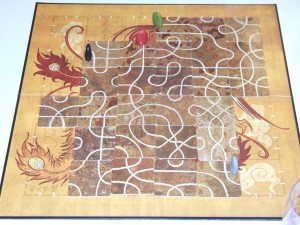 Dragons flying through the sky.

The game I got my cousin hooked on was Carcassonne. There is a lot of chance to this game and if you get bored of the pieces there are a billion* expansions to choose from. We normally just play with one of the big box sets. This game is better played after the little ones have gone to bed. There are small pieces and it takes a bit longer to play and set up. This is a great game to test your cooperation and competiveness with your family. 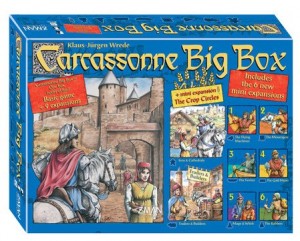 The big box is really big.

Ticket to Ride is a simple color matching game. You either pick up cards or place trains on your turn. It’s really quick to learn and fun to teach. This is normally the game I run at mini-cons at my local gaming store. So when I brought it over during Thanksgiving it was easy for me to convince everyone to play. I don’t remember who won but I know my Mom put it on her Christmas list. There are a bunch of different maps to choose from: USA, Europe, Asia, and so many more. It’s also a great game to help with general knowledge of geography. I didn’t know where half of these cities were until I started playing the game. 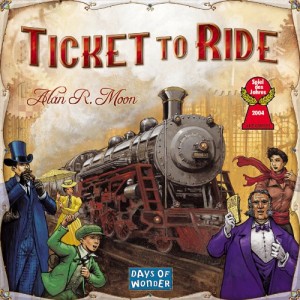 One of the best train games I’ve played.

This year I’ll be bringing Takenoko to the lake where my family likes to get together. Takenoko is a gardening based game where you either grow bamboo or move the panda to eat the bamboo or both. It is notably the cutest game I have ever played; whenever I bring it up to someone who has played they also say that it is super cute. What games have you brought to family get together?

*There aren’t quite a billion but there are a lot. 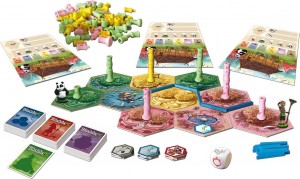 Seriously! Look how cute this game is.