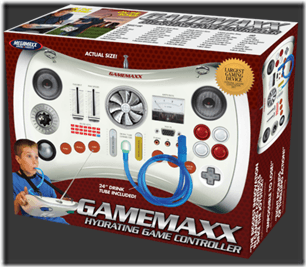 Origins is coming up this week, and all of the gamers who will be there are going to be presented with a slew of new games to try and products to purchase. There are a ton of new things to try out and to be tempted by. When I’m in this position, I always come back to one core question every time I’m presented with a pitch: Why should I, me personally, be interested? Why should this grab me. What about this connects with the piece of me that is willing to sit down in your game or purchase something at a vendor table or comic book store. It’s a question that should be primary in our minds as Game Masters whenever we are preparing a game and it should come up very early in the process. Why should your players personally be interested?

The term Buy In is a common one in gaming circles, and it really hits at the heart of the question why should I be interested. As a player, my time is valuable. I may come to the table for the social experience, the chance to play my favorite game system, or because I’ve got some new concept I want to try as a character, but my time is valuable and I am giving it to you as the Game Master in exchange for a fun experience. I could be spending my time with family, playing a video game, making more money, or one of a hundred other things, but I have decided to trade it to you. So, why should I make that choice for your next game?

As Game Masters, the analogy of treating our games as a product makes us think about it in a different way and maybe disentangle from our own biases about it. Sure, maybe you’ve always wanted to run a game where the adventurers take on the tarrasque or are deep cover spies in the KGB, but will that concept sell? There are endless factors to those concepts that can be tweaked, changed, modified, and maligned to make the idea a sellable one that your players will trade their time for. Perhaps Joe doesn’t like deep crunchy games and the tarrasque killing campaign is kind of blase to him. If you want him to stay engaged and be happy with his purchase, you’ve got to change the product or make some part of it appealing to him. If you think of Joe only as a player who is in your group, you might gloss over ways you could modify your game to really engage him. If you step into the metaphor and treat Joe like a potential customer who you need to keep satisfied, your approach to making Joe satisfied is completely different.

Know Your Potential Audience — No good marketer steps out to market a product without knowing who they are selling to. Demographics and focus groups give insight into what kinds of products people want. Those numbers and stats are taken and used to modify the end product to make it more appealing and user friendly. You know your players or have some insight into what kind of players a particular pitch for a game would attract. Take some time to think through what the players would really be excited about when you present your game to them. From this concept, all other marketing tips descend.

Something New or Something True — If you know your audience and know what they are currently seeking, you can structure your game in a way that really grabs them. Are most of the players in your group getting tired of the same old dungeon crawl, space adventure, similar playsets of Fiasco? Or are they digging the groove you have been on and looking for the same thing in a different package? Do they want the dungeon crawl again but with a different setting or a chance to do something different, or do they want something that is so radically different it will feel completely new. Often marketing is about making an old product feel new, but sometimes people want something completely different. When thinking about how to structure your next game, if it is similar in some way to the previous game, try to place it on a scale of old to new. See what elements you can make that keep edging a little closer to new without moving out of your comfort zone for the game.

A Little Something For Everyone — Joe may not be enthused about the tarrasque tromping game, but the other 4 players might. Should you go with the numbers or work the niche market? Can you include something intriguing for him in 10% of the game thatÂ makes him ok with the other 90% of the game as set up? Maybe he would dig that KGB game more, but this is the game you want to sell to your players. You want to enjoy running it too, right? Well, can you modify some elements of it? Perhaps they need to get the information on the tarrasque in game and that requires a little espionage on his part. A little digging into royal archives and sneaking around, perhaps in a separate session or as the focus of a lead-up session to the big bad battle. From a product perspective, you have to decide if getting more market share (i.e. all the players) is worth the change to the product (your game). Since you are playing with friends and it isn’t just about money you would make from a product, you can turn the economic principles around and modify your product to help you grab a wider section of your target audience.

How Much Is This Going To Cost Me? — When you think of your game as a product you are selling, more time involved is like spending more money. How much time is it going to take to create characters and learn a new system? How long is this going to go on? Is it a short game that I don’t have to drop a lot of time on, or a long game that I have to commit to and make payments on over the year? For some players, having an intricate thing they can spend a lot of time on is a plus side. It’s like being a professional vs. a consumer. Some people don’t want a complex camera. They want something they can work easily and get a decent result. Some people want every button and option available before they purchase a camera. They want to be able to do EVERYTHING with the camera, no matter what. Consider what your potential audience wants and how you can lower their costs in time. Pregens? Cheat sheets? Eliminate books? Add splat books for those who want complexity?

Visual Flash and ‘Pop’ — As a web designer I hate it when I hear something like “Can you make that pop more?”, but I understand why clients do that. They don’t have the terminology to convey what they want, they just want it to be 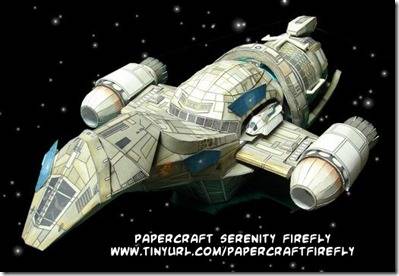 more exciting and to stand out more. Heck, sometimes I don’t have the terminology, but I understand the importance of making something feel sleek, shiny, and new. Adding elements of appeal to your pitch can help players buy in to what you are selling. Going to run a game of Firefly? Pick up a toy model of a spaceship, put it in a mock set and photoshop in some space battle effects a la the opening to Star Wars, and use that prop in your explanation of the game you want to run. Looking at the model in your hands and the gussied up image, the players minds will soar at what they could do in the game. If you don’t want to go to this level of work, pitch the idea after watching an episode of the series with your players or something that is in a similar vein. You want to get them jazzed and feeling the endorphin rush for one part ofÂ  your idea to get them to buy in to the rest of what you are selling.

Be Known as Someone Who Delivers What You Promise, but Rush to Market — Nothing that makes it to store shelves is 100% perfect. Buggy software goes out and gets patched, issues in cars make recalls a necessity, and sometimes corners are cut. If your game is only full of holes and no quality, it won’t last long, but don’t sweat not making it perfect. It is better to get a really good product out and in front ofÂ your players quickly after the pitch than to have a perfect thing ready months after their enthusiasm dies. Once you’ve got your players hooked on your pitch, you want to strike while their excitement is still palpable. Create a quality product, make sure the game they play is what you got them hooked with, but don’t worry about making it perfect and lose them before they start playing.

What do you think of the idea of a game and pitch being treated like a product pitch? Does it change the way you think about your games when you feel like you are working to earn your players time? What would be the most effective product pitch someone could give you for a game? What would they have to do to really grab you?