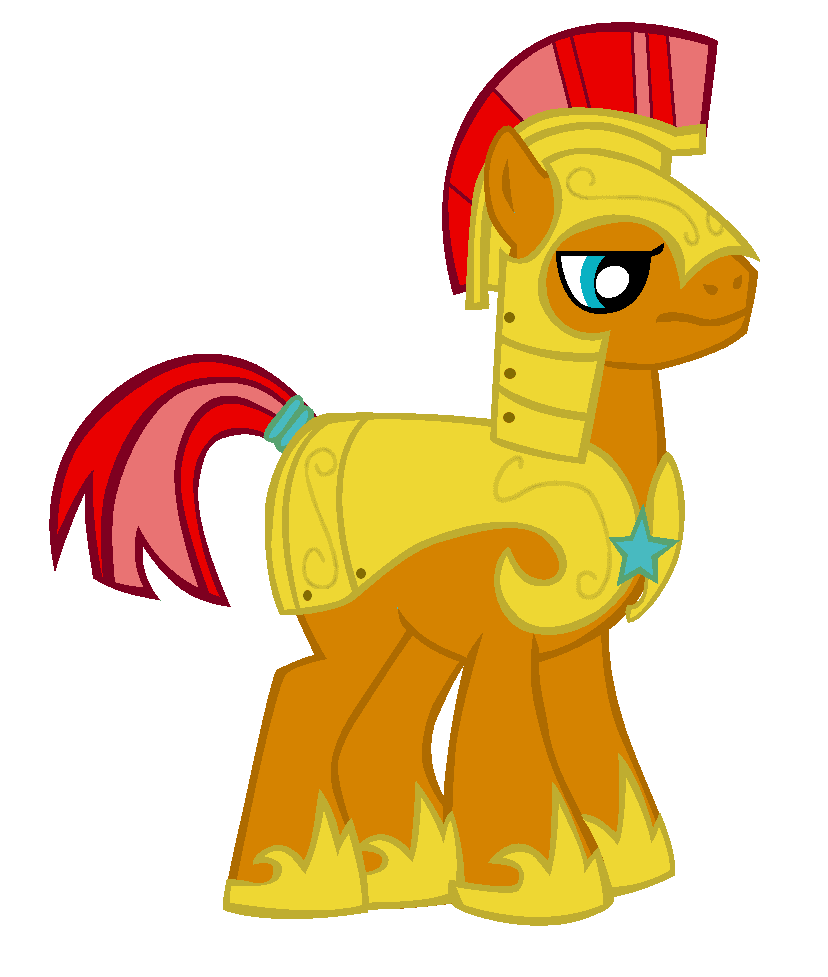 Tired of evil lycanthropes having all the fun? What about a lycanthropic (or, in this case, alogothrope) force for good?

The Equestria Knights are chosen by a Force for Good in your campaign and each is endowed with a supernatural power representing “harmony” in your campaign. The traditional elements are generosity, honesty, kindness, laughter, and loyalty, although a GM may substitute other more appropriate elements such as chivalry, honor, or respect.

It is up to the GM and the needs of her campaign as to how these powers manifest and how powerful they actually are. In a fantasy campaign they may be magical artifacts; an honesty glove, when held up, may glow if the person speaking is lying. In a superhero campaign these could be actual superpowers; a superhero with loyalty may have a hypnotic effect when she speaks.

In all cases, use of these elements transforms the user into a bright-colored were-pony. No two are alike and these were-forms sometimes bestow extra powers such as flight or fast gallop. Were-ponies can usually manifest as a large brightly colored pony or in hybrid form. Hybrid forms generally allow the Equestria Knight to retain any armor and weapons while the pony form usually manifests stronger powers.

As paragons of harmony, Equestria Knights also manifest a greater magical power when they are working together. This is usually a rainbow-colored projection that brings out the best in everything it touches – evil sorcerers repent, undead are destroyed, and supervillains surrender. This special magical power should only be used once per session.

Also, Equestria Knights do not kill, nor do they cause harm if it can be at all avoided. Instead, they rely on their Elements to wear down an enemy before he or she is vulnerable to the rainbow projection. Crafty villains often attempt to spread discord amongst the Equestria Knights, appealing to any disadvantages or weaknesses, to keep the group from staying together and manifesting the power that would undo them.

So if you’re looking to brighten up your campaign, turn your players into Equestria Knights and take your roleplaying to a whole new level. Remember, friendship is magic!

Waltâ€™s been a game master ever since he accidentally picked up the Dungeons & Dragons Basic Set in 1982. He became a freelance RPG writer in 2005 and is currently the Victoriana Line Developer for Cubicle 7. Walt lives in Springfield, PA with his wife Helena and their three children, Leianna, Stephen, and Zoe.