Effectively Splitting A Party – A Solution For Large Gaming Groups 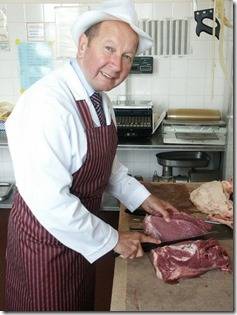 Due to rather gaming starved area where I currently live, I’ve recently gained a rather large gaming group through my inability to say no. There isn’t much of a gaming culture here, and I just couldn’t say no to the people who heard about my game from shared friends and wanted to jump in. What started as 3 players became 5, which turned into 1 not being able to join in and another 2 saying they would fill the spot.

Crap — now I’m at 6 players for a game I haven’t run before and no one has ever played. So we’re at zero experience in the group and I’ve got about a few more players to juggle.Â  It’s not too hard to prep the game, but having six relatively inexperienced players at the table is a bit much sometimes. I was mulling over trying to reduce the group a bit, but then I came up with a rather interesting solution — split the party!

Split The Party? What Kind Of Crazy Are You Spewing, John?

If I were thinking of splitting the party in each session and running with them separately while the others waited at the table, yes, I am crazy and will gladly go with the nice men in the clean white suits. I’m actually talking about splitting the players and running smaller sessions with different focuses, which can work quite well. We’ve agreed to run gamesÂ  every 2 weeks or so on a dedicated night. These are the times when I’ll have all 6 players, or as many as show up, at the table. On the off weeks, if I’m feeling like running or I want to do something small with players whose schedules match up, I run mini-sessions meant to achieve a goal or fit with certain player combinations based on who is available. The entire group meets up for major plot points, smaller groups get more focused play, everyone gets more gaming.

To make this work, I’ve had to do a fair amount of analyzing the players and their desired play styles in order to craft the mini-sessions. A few characters are definitely more combat ready or rough and tumble. They make a good group with similar goals and play styles. A few like the more social aspects and the intrigue theme that is going on. One player has a character suited to both angles. So, what I’ve done is written up some extra small scenarios and offered them up via email if people are available. These build off the clues and events in the bigger sessions. The emails look like this, generally:

I’ve got some time this week on Tuesday night and Friday. I can run a small session at 7 on either night with a max of 3 people. First 3 to respond get in on it. Here are the mini-scenarios I’ve got writtenÂ  up:

Crafting the mini session and laying out the basics of what they involve helps attract certain players. Since I’m not trying to fit everything into a session, we can stop with more cliffhangers but know those threads will still be followed up. Those who want to follow up on the plot points they introduce can chime in and request that a session gets run when they are available. Those who are more interested in one style of play than the other tend to move towards that play style when I offer it. When we get a mixed group with different play styles for a mini-session, I make sure to tweak some things about the adventure so it all works together.

Since, the game I’m running is not a straight combat and dungeon crawl style of game, that helps enable the mini-sessions and their divergent themes. The way the characters are connected within the game is also something that allows them to engage in missions without feeling the need for everyone to be present. The characters are all members of a larger social club that often sends out specialized groups of members to deal with situations. The players can share information when they get together for full game nights and this usually has the same result as recapping the barely remembered things from a session that happened 2 weeks prior.

This set up isn’t perfect, but it helps me get the larger group involved with the type of gaming they want and allows me to get more gaming in overall. The split groups are easier to manage and there is an element of fun in letting them tell stories of their exploits to each other during the recap segment of the full game. It seems to be an effective tactic in need of a little tweaking that will happen as the game goes on, but what do you think? Have you ever split a large group to make it manageable? Did running multiple smaller sessions prove troublesome or make it easier to handle? How else do you handle larger groups when you game?