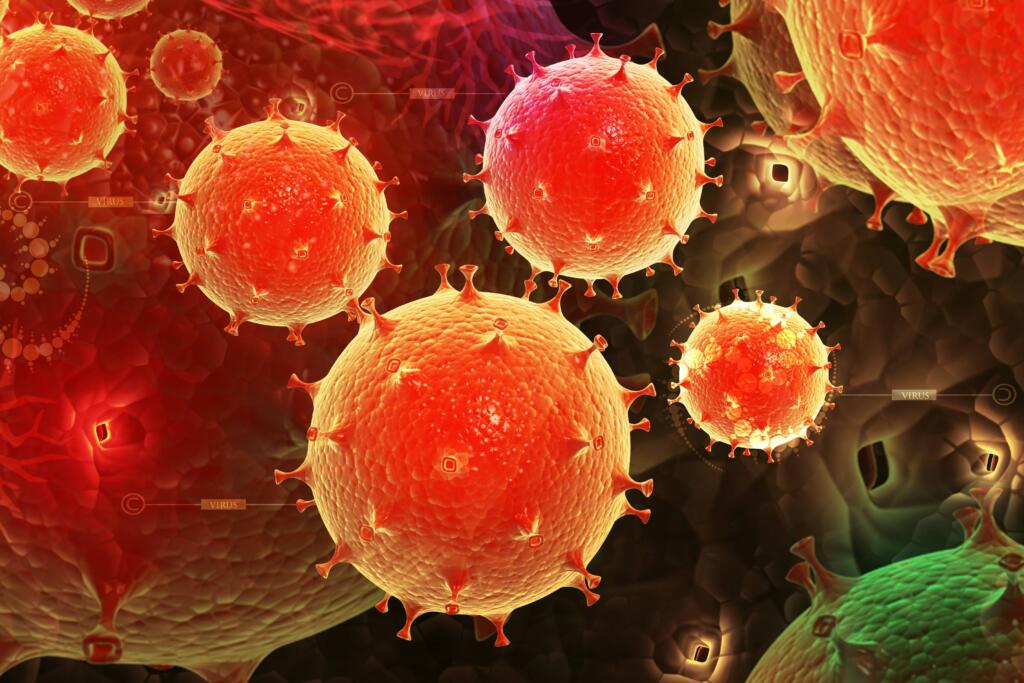 Diseases are universally feared by everyone. They affect the rich, poor, healthy, sickly, old, young, and everyone in between. In fantasy games, your holy avenger won’t protect you from contracting the black plague. In science fiction games, being the captain of a star cruiser doesn’t stop the evil nanobots afflicting the rest of your crew. It’s not an enemy that can be knocked out or have its throat slit in a dark alley. Even a good saving throw or resistance check doesn’t guarantee prevention of disease, and these illnesses can bring even the highest wizard or mightiest warrior to their knees… or worse.

Diseases come in many forms throughout history, and very few have been completely eradicated from the world. There are so many types of illness out there the List of Diseases on Wikipedia is broken down into multiple sections leading to lists of their own. Some are relatively minor, but many of them are downright scary. Leveraging these lists can assist any GM or world builder in creating diseases for their setting.

Many of these diseases are historical, but most of them exist today for modern setting usage. Given the rate humans are eradicating diseases (e.g.: slowly), it’s perfectly acceptable to assume many of the modern illnesses will persist into your far-flung, futuristic setting. Of course, things can get really “fun” in a setting with magic by introducing lycanthropy and mummy rot (both of which are arguably curses, depending on the setting and system.)

Delving into the various online resources will result in a plethora of ideas for historical and modern settings, so I’m going to talk a bit about diseases as they can exist in the science fiction and fantasy genres.

A popular concept within science fiction is that technology can be embedded within the body. This opens up the idea of computer viruses infecting the software and firmware controlling parts of the character’s very body. What are the treatments? Can technology provide protection or immunity from such visceral invasions? What are the effects? Can someone remote control the character’s cyber arm? These are all considerations to take into account when implanting a computer virus directly into a character.

Very advanced technology can also result in nanobots. These microscopic creations are usually touted as beneficial to the host organism. Things like blood scrubbers, cancer killers, repair bots, and energy boosters are common applications of nanobots. However, with any powerful technology that exists, vile people and organizations will want to weaponize the nanobots. Imagine a nanobot specifically crafted to wipe out a certain culture, race, species, or just anyone out there with red hair and green eyes. These highly targeted attacks can be presented to the characters as diseases and usually can be handled within the game system as such.

Mystical diseases can be as frightening as the cyber versions from the science fiction setting. This is mainly because some form of extreme ritual or powerful spell is required to treat the disease. There are some typical examples from magical realms of disease. These include lycanthropy, mummy rot, and, in some cases, zombieism.

In some fiction, vampirism is a contagion, not an affliction caused by a vampire’s bite. In this case, anyone exposed to the infection develops the negative traits of a vampire (light sensitivity, pale skin, desire for blood, etc.). However, not all of the afflicted survive long enough to become the powerful terrors of the night we envision when we think of Dracula or other popular vampires of myth and lore.

A disease I’ve used in the past is one I affectionately call “the Green Fever.” In this case, the victim develops severe flu-like symptoms for a few days that don’t get better. When the sick person’s sweat turns green and the whites of their eyes turn pale green, it’s a mark that they have less than twenty-four hours to live without the assistance of magical healing. If the disease is treated before the green effects start, then they can avoid the expensive and rare magical treatments. This makes the appearance of “the typical flu” within my game incredibly scary for my players.

The last thing I want to touch on is the idea of asymptomatic carriers, like Typhoid Mary from the United States history books around the turn of the twentieth century. These carriers are people that have the disease and can spread it to others around them, but don’t actually show signs or symptoms of the disease. The affliction won’t kill or harm them, but it’s definitely there. I could easily see an adventure set around a disease carrier within a population center and the PCs have to struggle to find the carrier and put a stop to their transmission of the illness.

With a small amount of research and a dash of creativity, diseases can be a formidable foe for your PCs to overcome while they move through their adventures. Even if the diseases aren’t the main thrust of your storyline, they can definitely add some spice to the story and bother for the players around the table. I would advise to use diseases sparingly since they can be quite deadly, detrimental (temporarily or permanently) to the quality of the character, and can cause many a side quest to occur while the party hunts down the special ingredients needed for the cure.

What’s your favorite disease you’ve run into at your RPG table? What’s your least favorite to encounter with your character? Let us know in the comments!

3 Responses to Diseases in RPGs