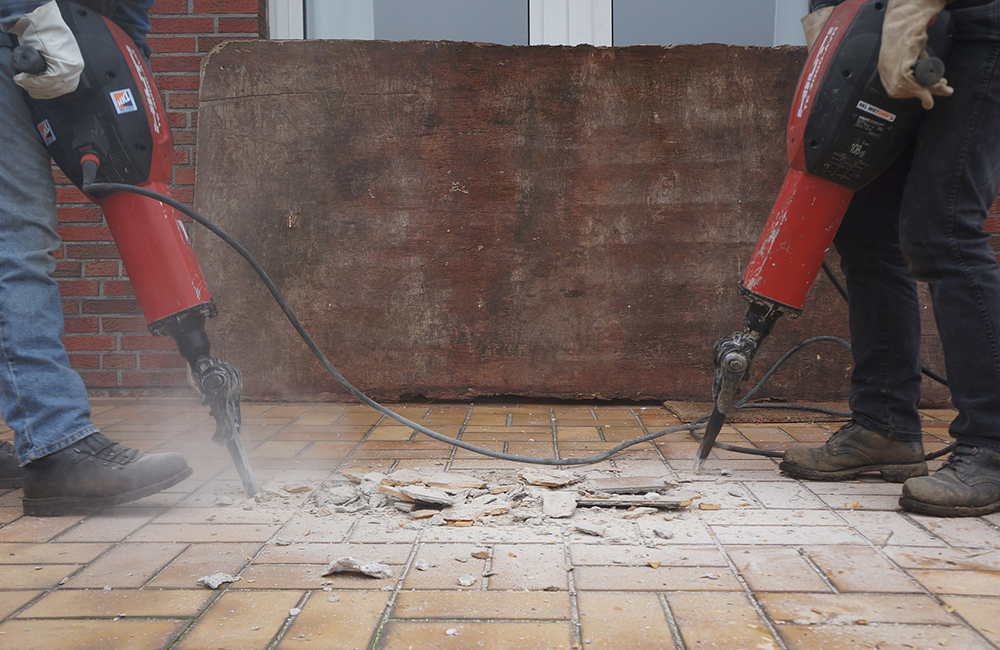 In the early days of published adventures, quite a few dungeon features were used in a clever* manner to add confusion to the mix. This confusion was largely placed on the shoulders of the players, especially those that tried to create a player map to track where the party had been and where they need to go. This level of “cleverness” did nothing more than up the frustration levels of the players without really challenging the characters. In addition to being frustrating, they really weren’t all that plausible in the first place. Let’s talk about some of these implausible dungeon features.

I put this one at the top of my list because it always gets my goat when a GM (or adventure creator) deems a slope to be too gentle to be noticed by someone walking on it. Then, when you look at the map, the slope covers a 20 foot decline into the next dungeon level, but is only 60 feet long. How can this be “imperceptible?”

The American Disability Act declares that for a slope to be considered wheelchair accessible it can’t be taller in inches than it is long. In other words, a 12 inch (1 foot) rise ramp must be at least 12 feet long. It’s preferable that it be even longer for ease of access. These slopes are clearly noticeable by anyone on them or observing them from either end.

Let’s go back to my example. A 20 foot decline comes out to 240 inches. This means for the slope to meet ADA requirements, it needs to be 240 feet long, not a mere 60 feet. I’m going to go out on a limb here and say that for a slope to be truly imperceptible, it would need to be at least 6 times longer than ADA requirements, maybe more. That’s a slope that’s 1,440 feet in length. That’s about a third of a mile.

There are rooms and/or intersections with floors that rotate in a manner that confuse the mapper and players. Sometimes this is done in a manner that is so violent that the resulting facing of the party is unknown. I’ve also seen it described where the entire dungeon rotates around the room while all four doors are closed, so the party doesn’t know that the orientation of the passages on the other side of the doors is now shuffled.

This, quite honestly, leads to a player cleverness vs. GM cleverness battle. The players, once they are aware that their perception of relative space is being messed with, will start chalking walls, doors, and floors with symbology and numbers to allow them to easily figure out where they are at all times. The discussion of “our standard operating procedure” to chalk arrows in the direction we were walking and sequential numbers on each arrow is a waste of time and really not fun for most folks. Then, once the party is lost in the cleverness, there is the ensuing conversation to figure out which arrow and number combination they come across next. That’s bookkeeping of minutiae, not role playing or storytelling.

This is similar to the imperceptible slope in that the adventure states that the players are being lowered deeper into the dungeon (which in those days meant increased danger and higher rewards for survival), but they can’t tell they are being lowered down because the elevator is moving so slowly. Of course, there was usually a caveat that if the party had a dwarf with them, then the dwarven character could detect the movement through some mystical connection to the earth or some such that’s never explained.

I don’t know about those of you out in Gnome Stew land, but when even the slowest elevator in the world starts to move, I feel it in my guts (if going down) or in my knees (if going up). I’ve been on some really slow elevators in Europe, too.

The undetectable elevator is something I can’t get behind as a gimmick to confuse the players.

There’s magic in the world. Use it!

Of course, all of these methods are there to confuse the players or trick them into thinking they’re safely on level one of the dungeon when they’re actually on level three. There are approaches to getting players into lower levels without being secretive about it, but still forcing the issue. Here are a few of my favorites:

In the original Ravenloft adventure, a panel in a long hallway would fold into a ramp and drop one character (maybe two if the second person was quick enough to react) onto a slope that eventually slid the character(s) into the depths of the castle. This forced the party to explore deeper and faster. It also intentionally split the party, so they could more easily fall prey to Strahd’s machinations. This is more of a trap than a secretive manner to get the party to delve deeper, but it works very well.

The good old “pit trap that leads to the lower levels” trick is good. This is especially good if the party is higher level and has the hit points to spare in taking that falling damage. Don’t forget that the denizens of the lower level are probably aware that “food falls from that hole in the ceiling” and will be waiting for the next meal to arrive.

There’s magic in the world. Use it! Permanent dimension doors that go to somewhere else in the dungeon are always “fun” (for some definition of that word). Teleportation traps are good as well, but don’t go down the road of “you’ve been teleported, but you don’t know it” road. Just let them know that they’ve been transported. The PCs won’t know where they’re at in relation to the former location and that’s the right level of “being clever.”

What other ways can the party be shifted around a dungeon that doesn’t trigger the “don’t be clever” warning? How do you go about adding a drab of uncertainty to the PCs’ mapping efforts without getting it to the level of frustration?

*As Senda and Phil have said many times on Panda’s Talking Games, don’t be clever. It just leads to unnecessary confusion at the table.