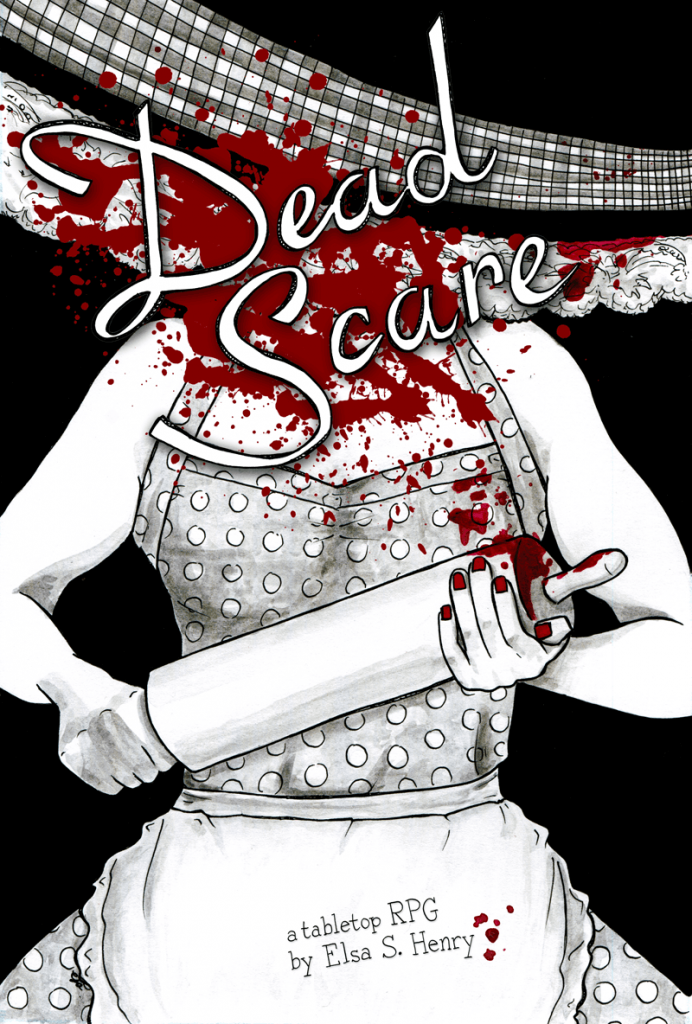 If you weren’t familiar, I co-own Exploding Rogue with Brian Patterson. We’re absolutely thrilled to have been able to help Elsa bring this game to the public, especially now.

So, let’s talk about representation in games.

Lots and Lots of White Dudes

In case you haven’t noticed, there are aÂ bunch of white dudes in gaming. Doesn’t matter what kinds of games you’re talking, either. Tabletop? Yup. Video? Double-yup. So when Elsa approached me about DEAD SCARE and pitched it as a 1950s zombie apocalypse game where you play as the women and children who weren’t infected, I was really interested. I’ve been gaining more awareness about the lack of diversity in games for a while, now, and (being one of the aforementioned white dudes), I thought it would be a good idea to use my platform to help this awesome idea become a product.

More than just the topic of the game, Elsa had the idea that she wanted everyone who worked on the game itself to be a not-dude. Aside from the publishing and distro (me and Brian), everyone else who wrote, edited, did art for, or layout for the game was a woman or non-binary person. She also brought in a number of PoC (people of color) to write Postcards for the project. This makes DEAD SCARE one of the most diverse projects I’m aware of, and I think the project is so much better for it.

But, What’s the Point? Why Do This?

Let’s break this down:

I’m gonna go ahead and guess that if you’ve gotten this far, you’ve had one of two reactions. One is excitement. That’s the one I’d hope for. After all, I wouldn’t be talking about this if I didn’t want people to get excited. However, because the game is what it is, I’d be foolish to think that there’s not another very probably reaction.

If you read the above and what I wrote made you uncomfortable or angry, I urge you: Take a beat. Breathe.

DEAD SCARE makes me uncomfortable. There’s no place for me to see myself in it, really. Any character I play would be taking me out of my comfort zone and ask me to deal with realities that I’ve never had to contend with in my life. That’s a hard thing. It’s also super valuable.

I can imagine people saying that games are supposed to be fun, escapist, not this political. I’d say they can be all of those things. Games allow us to explore amazing worlds, be people we can never be in our real lives, and experience things that we’ll never be able to experience. They are also art. And they’re political. If my reasons for wanting to help Elsa publish this game bother you, I encourage you to stop and do some self-examination before you dismiss the game or get upset about it.

DEAD SCARE is out and now we all have the chance to take a vacuum cleaner and use it to keep undead monsters at bay while trying to also make sure that our kids mind their Ps and Qs, and that the casserole for the church potluck gets made in time. It’s not my world, but I’m glad to have helped it come into being.

If you want to check it out, here’s the DTRPG link for the PDF. Print copies will be coming soon, from the same source. Now go on, bash some zeds.