I recently made a trip up to Chicago to see my long-time brother-in-kilt, Matt Solomon. Both being gamers who are usually the GMs or who have limited access to gaming groups, we wanted to get into some good gaming during the trip. But there were only two of us and we both had been starved for the actual play experience for quite some time. So, which one of us would give up the chance to play to run a one-on-one session for our friend? Neither.

As we sat around enjoying our frosty beverages and determining what we wanted to do, we came up with the idea of running the game collaboratively and taking turns as Gamemaster. We had just finished playing some Sentinels of the Multiverse (a cooperative superhero card game played against a ‘Villain’ deck) and drawing inspiration from games like Fiasco, we pulled out my copy of Numenera and set about figuring out how to make this work. The end result was fairly smooth and provided a great game, so I want to share the experience so you can mine it for the gems that might fit into your games.

Background — The Lenticular Adventures of Williams And Tank

Let me start off with a bit of ‘let me tell you about my character’ background, just so that you understand where we were coming from when we put together this method of doing collaborative GMing. I’d been pitching Numenera to Matt for a while, talking up the ease of character creation and running and the general openness of the world. We started to talk about running a game, and initially I offered to run it as a one shot for him with a backup NPC, but after the Sentinels game we got it into our head that we could wrap it together and take turns. Redoing our characters, this is what we came up with:

Williams — Matt was inspired by the smooth talking, bold character of Williams in Enter the Dragon. Grabbing the general idea of Williams, mixing it in with a little bit of Cowboy Bebop, and adding in the Howls At The Moon option in Numenera, Matt made himself a smooth talker who was a bit full of himself, but full of options and comebacks for every situation. He also got a little hairy when things got hairy and his bare fisted style and bolt thrower crossbow device weren’t enough. 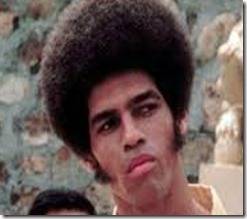 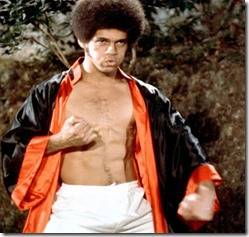 Tank — My original character concept was a big (as in guido from x-factor disproportioned body big), dumb, brute who barely spoke and followed Williams around, letting him be the player but providing some backup. With the possibility of being able to play, I redid my character as a big, smart, but quiet white-haired brute with pince-nez glasses whose curiosity got him into trouble and who could whip gravity around like it was mashed potatoes. Having a futuristic samurai vibe, Tank was a huge guy who quietly kept looking at, trying on things, and pushing buttons in the background until something interesting happened. 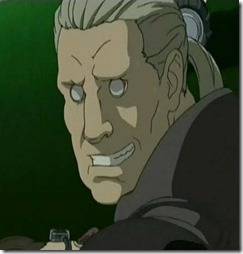 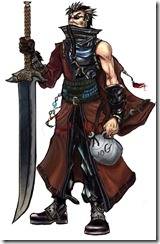 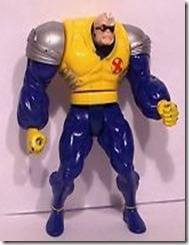 Having a kind of Cowboy Bebop, anime vibe to our night and already feeling quite cheeky, we knew that even if someone were willing to GM for us, they’d have their hands full and probably never want to play with us again. With our characters in hand and a feeling for what our game style was going to be like, we set about coming up with a structure to run the game at the same time as playing it.

There were a lot of things we did to make the Lenticular Adventures of Williams and Tank work smoothly. Some of these came about organically, some were discussed beforehand, and some were the result of situations going badly and us taking a break to have another drink and figure out how to make it work better. These are the primary structures we came up with. 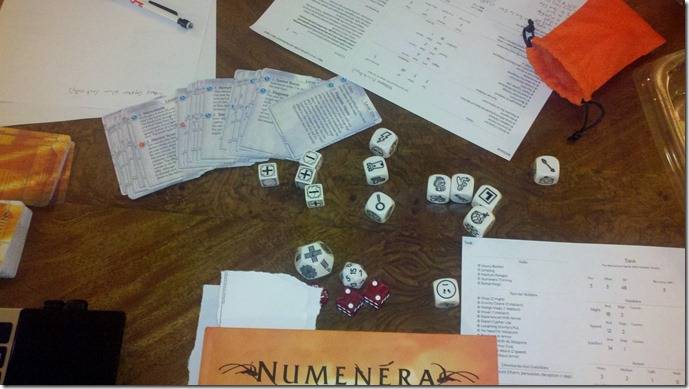 What Made It Work

By the end of the two nights worth of gaming we did, Williams and Tank had successfully navigated through an adventure that we had vaguely outlined. We both enjoyed the game, laughed our heads off, and had some great combats, investigations, traps, and a wonderful time getting to play out our characters as much as we wanted. We used a structure to run the game collaboratively, but there were a lot of things that I think actually ‘made it work’ that are less definable.

First, we were both in the same mood. We knew what we were working towards, and we both had a similar idea for the story of the adventure we were going to spin for ourselves. Making characters together helped us prevent an odd couple scenario, and knowing that neither of us felt too serious made sure we didn’t try to take the story in different ways or make it too deep. The lack of seriousness helped a lot. Coming up with the loose and spoiler filled structure at the beginning gave us a framework to work within. In much the same way as improvisational theater and comedy troupes like Second City operate, we walked our characters onto the stage knowing what we were trying to achieve out of the game and were able to act towards that goal without knowing how we were getting there.

I think it also helped that the system did not require a lot of mental investment. Matt had only gotten to see the Numenera book two days earlier, but he picked it up and used the cheat sheets we printed to figure out the rules. With the complexity of enemies and combats being dead simple, we were able to focus on the narrative. Having lots of character options on our sheets though, we felt like we had meaty toys to play with. With our house rules allowing us to modify results after the rolls, we were able to use our characters to their fullest and enjoy the fun powers and gear we had while still taking damage. I think that the “spend your points to modify rolls, but make it damage you in some way” vibe would be something I’d try to carry over.

Ultimately, the best grease for the wheels of our collaboratively run game was trusting the other GM/Player not to screw us over. With equal investment in creating and controlling a fun game, aided by our minimal guidelines that we re-visited when we found ways to improve them, we wanted to make the scenes we ran fun for the other player so that the next scene that they ran was as fun for us. Our ‘reward’ was seeing the other GM/Player take the energy we put into it and build off of that so that we could play out something as fun.

Overall, I enjoyed the collaborative game. I think it works with a specific set of circumstances and might require significantly more investment with a larger group or when attempted with more than a one or two shot. It worked brilliantly for a bit of fun when no one wanted to be the sole Game Master. Thinking about how to make this work for larger groups, I feel that a published adventure could be mined for information and combined with random determiners if a group were okay with spoilers and a brief outline that showed how the adventure should go. An entire dungeon or scenario could be improvised as well, with each player in a larger group taking on 2 or 3 rooms or scenes and handing it off. This tactic would still do well with a general guideline to follow and provide some structure. Players may even take on specific roles, GMing one or two nights with their focus (narrative, the sub-plot, the dungeon, dealing with the council, etc.) being defined and them controlling that story while the other players played it out. They would then lead into the next section and another player would take over with their character being a background only NPC or getting handed off.

I dug our experiment into collaborative Game-mastering and we discussed doing more of it via G+ hangout. I’m looking forward to trying this in different ways and seeing what other games can be turned into games where everyone takes a turn in the GM’s seat. What have your experiences with collaborative Game-mastering been? What pieces of our structure do you think might work for you? What ones would totally fail with your group and what would you replace them with?

8 Responses to Collaborative GMing The Same Session in Numenera