Closure: What Separates an Amazing Campaign from a Great Campaign

Many GMs don’t think about how their campaigns will end. And for those of us who grew up hearing about epic, decade-long campaigns with rotating casts of characters, why should we? 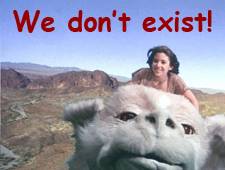 With the exception of some outliers (who are no doubt having a fantastic time, and more power to them), never-ending campaigns are a myth. Jobs, school, kids, and a host of other responsibilities equate to campaigns that end.

And you know what? Ending campaigns rocks. It’s an amazing feeling, both as a player and as a GM. I can’t imagine running a long-term game without thinking about how it’s going to end.

I’ve run campaigns that, in my mind, were going to carry on until cockroaches took over the world. When I was a kid, they’d last several years; sometimes, they’ve lasted just a handful of sessions.

And when they ended, I felt empty; I’m pretty sure my players felt the same. It’s one thing when games stop abruptly due to something unexpected — someone moves away, starts a new job (or loses one), etc. — and another when a game just…fizzles.

I’ve written quite a bit about this over the years. Here on the Stew, Ending a Campaign: Taking My Own Advice and With a Bang: Ending a Campaign on Purpose (for the first time in 20 years) sum up my first experience with actually pulling this off (and point to a series of articles I wrote a few years back, all about bringing campaigns to a close).

The key is closure. You can run or play a good campaign, even a great campaign, that lacks closure. Some of my favorite gaming experiences have been just a few sessions long — awesome, but also painfully close to sublime.

What makes them sublime, transforming a great campaign into an un-fucking-believably awesometacular one, is closure.

Bring your campaigns to an end. You can leave a door or two open, so the campaign can be picked up again, but make sure to close the important doors in a satisfying way.

If you’re one of those lucky folks who’s somehow still running the same campaign you started 20 years ago, godspeed. For the rest of us, great campaigns end — and they should.

Bring your campaigns to an end. You won’t regret it.

11 Responses to Closure: What Separates an Amazing Campaign from a Great Campaign