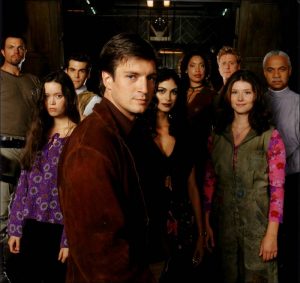 Many of the games we play are set in worlds created specifically for those games (or universal enough for player created worlds), but there are plenty of games out there designed to immerse your players in a setting from movies, television, books, comics, and so on. Firefly! Song of Fire and Ice! Supernatural! Doctor Who! Battlestar Gallactica! Star Wars! Buffy the Vampire Slayer! The list is almost endless — if there’s a movie, book, television series, comic book, or whatever out there that tickles our gamer nerd fancy, someone’s made a game out of it. Even if they haven’t, it’s easy enough to find a system that will work for that setting.

When inviting your players to step into that known world, you as the GM need to make a decision on whether they’re going to be playing characters that already exist in the setting’s canon, or if they’re going to be creating new and original characters. Is your Firefly game going to revolve around Captain Mal and the rest of Serenity’s crew, or are the players creating a whole new band of misfits trying to find their way in the Black? Are your players residents of Westeros the ones we see on HBO, or are they scheming nobles and knights of the players’ imaginations?

Both options have their pros and cons, so it’s up to you to decide which option is going to work best for the game you want to run. Before getting too far into the process, one key piece of information to gather is how well your players actually know the source material. This could push or pull your decision in one direction over another and it also lets you get a feel for which option your players might prefer. It’s also a good way to gain forewarning if you have a superfan among the group that may get particular about the way the characters and world are presented. 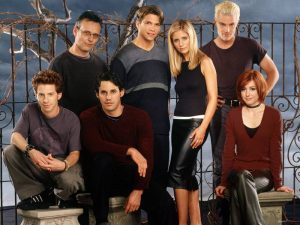 One variation on the Scooby Gang

Using canon characters lets your players that know the setting easily jump into the skin they’ll be inhabiting for your game. They already know the quirks, mannerisms, and goals of that character, and to a certain degree it can satisfy a wish fulfillment to be part of that world. This is especially true for settings based on sources that may have had a limited run. (I’m looking at you, Firefly.) Another aspect that especially benefits GMs is that it allows you to set up storylines with ease. You won’t have to dig for information on the backgrounds of the PCs, and if you’re a fan of the source material, you’ve already got some ideas on new stories for those characters.

On the other hand, there are benefits to going with original characters. It lets your players put their own ideas and imagination into play within a favorite setting. Players unfamiliar with the source material may have an easier time as well. Creating an original character gives them an opportunity to be sure they’ll be comfortable playing that character rather than one that comes with baggage and expectations. That said, you may need to do some coaching to keep them within the feel and spirit of the setting you’re playing in. Having an amoral, violent mercenary messily kill a janitor that got in the way during your Star Wars game can be a tiny bit disconcerting.

Balance can also be an issue when choosing between canon or original. In some settings, like Doctor Who or Buffy the Vampire Slayer, certain characters are expected to be more powerful than others. While these dynamics often work great in the movies or television, they can throw off a game where players expect and need a certain degree of balance. Some systems account for this in the mechanics, such as Doctor Who’s story points, but it’s still an important facet to be aware of. 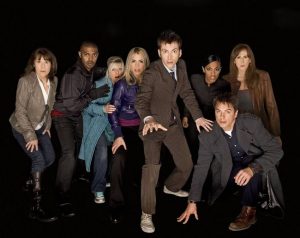 An exceptional number of companions…

Another factor to consider is whether you’re running a one-shot or a campaign. Campaigns allow for more room to flesh out original characters and dig into other corners of the world. Canon characters can sometimes work better for one-shots because there’s less work to get the players to buy-in to the game. This is especially true at conventions where people signing up for the game most likely love the source material anyway and they’ll happily jump into playing a favorite canon character. This isn’t to say there are exceptions to the rule. I’ve heard stories of long running games where the players assumed the roles of existing characters and I’ve played in some amazing one shots with original characters in Firefly and Supernatural games.

My personal preferences vary with the setting. I find some work better with canon characters and others work better with original characters. I’ve run Firefly games with both Serenity’s crew and with a bunch of player creations. For Supernatural games, though, I always go with original characters since the Winchesters seem too busy with their own messes and there’s plenty of Americana and monsters to explore without them. Conversely, the Farscape game I play every year at Origins wouldn’t nearly be the awesome that it is without Crichton, Aeryn, D’Argo, Chiana, Rygel, or Zhaan. It ultimately depends on the stories the game can tell in that setting.

Which do you prefer, the existing canon characters or all new original ones?

13 Responses to Canon vs. Original