Bringing the Merry Band Together: A Cause Worth Fighting For 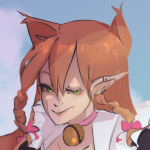 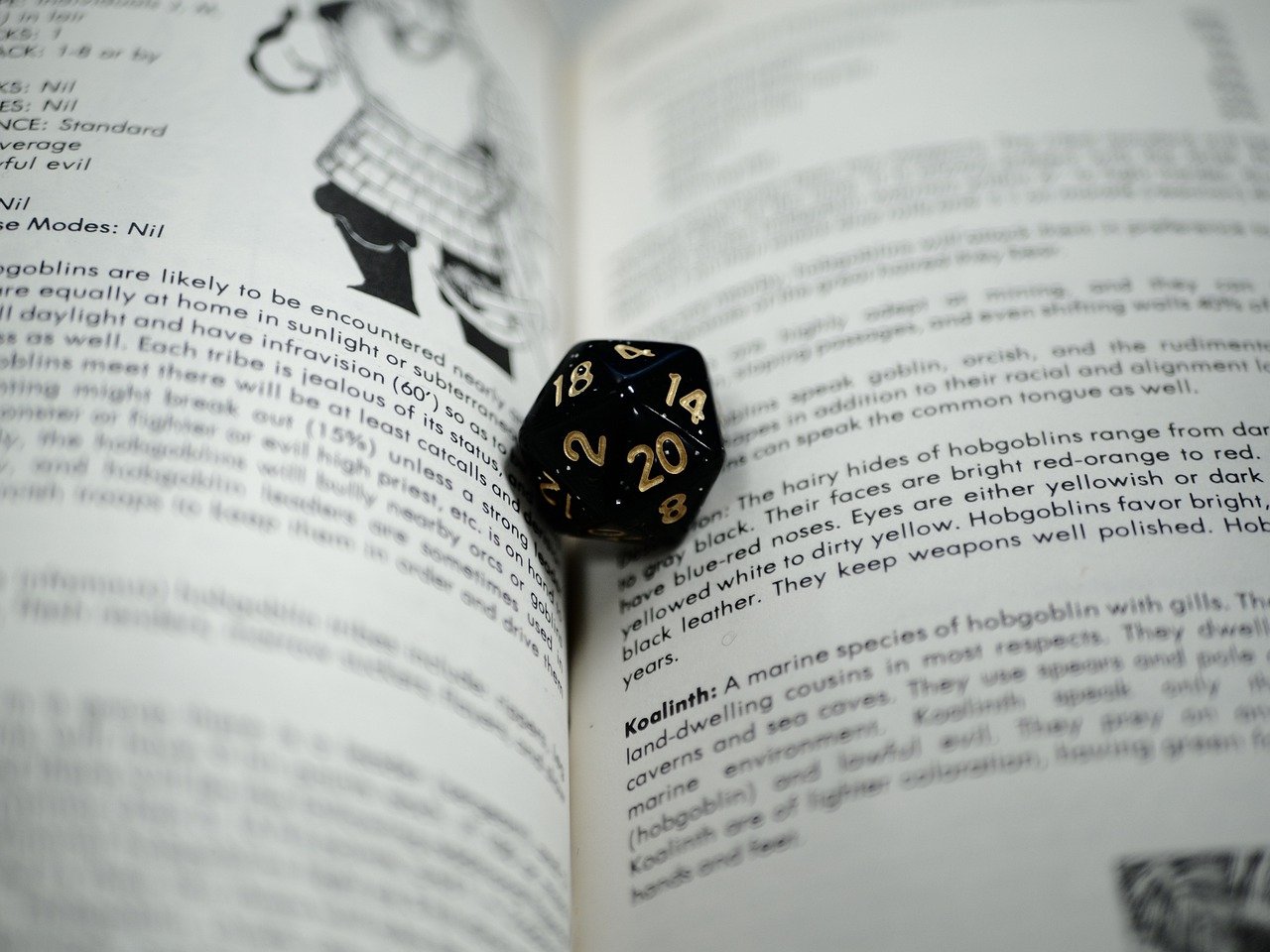 Magic comes from the stories, the dice, and most importantly, the people involved.

Lots of tabletop RPGs spin tales of fantasy, bravery, might and magic. The game leads players’ characters through riveting stories where everything may be possible.Â  However, you could argue that the real magic at the table happens between players. It happens when the players’ characters begin to bond and care for each other, and when the goal of one party member becomes the goal of the entire party. It’s when family, friendships, and rivalries are built in between the characters that players have created and invested themselves in.

In most, if not all TTRPGs, the Game Master creates a story, either entirely from scratch or from a pre-written adventure, and leads the players through the world and narrative. Some of the course is charted, to make things easier for the Game Master, but it’s impossible to cover all the bases. That’s just the nature of games with so much freedom, where the game world relies so much on player interaction. How can a Game Master make a player even more invested in the world they’ve created? It certainly helps to have compelling story hooks and an exciting adventure planned out, but there are ways the GM can fine tune the world and story to build a unique adventure that truly gets their players immersed. With a few tweaks here and there, any story can become your own, and you can build an environment where the players will want to keep coming back for more. Building a setting where players work together and truly care for each other’s characters is rewarding both for the party and the Game Master. Ultimately, it leads to a more fulfilling and enjoyable experience where both the players and GM work together to build a memorable and rewarding narrative.

The first step to all this is to begin right before the roleplaying truly begins. When planning out your campaign, have conversations with your players. Talk to them about the sorts of themes that your games will be covering, and don’t be afraid to keep it as vague or as simple as you’d like. These theme related discussions can spark thoughts about how your players may best build their characters for your world. Let this be an open conversation, so your players can get acquainted with each others’ characters beforehand. It helps the players think about how they’ll get along and what the overall energy of the group might be.

It’s important that you, as the GM, don’t try to fill in all the possible gaps in your world. It’s best to leave room in your overarching plans for the players and their stories. When the game begins, your players will interact with the world you’ve created for them, leaving their personal mark on the world through RP.

The second step is best done privately. Take some time out before the first session to have a one on one conversation with each player. Ask them what their character’s goals are, if any. Where do they see themselves in the future? What do they hope to achieve throughout the course of the adventure? Your mileage may vary from player to player with this step, but that’s okay. The important part is getting the conversation going and having something to work with. This further sets the stage for a building relationship of trust between players and Game Masters. Open communication, as with any sort of relationship, is vital for the relationships between players and their GMs as well. These little pockets of conversation have a lot of value for everyone involved. When playing adventure games, the time spent off the table is just as important as the time spent on it. These conversations prime the players and also help bolster excitement and anticipation for game day.

Running Through the Role-play

Once your players have an idea of what to expect from your campaign, and once you’ve talked to them about what they expect from their characters, the real gameplay can begin. At this point, the GM and players are truly on the same page. Using bits and pieces of what you, the GM, have learned about the players’ characters, you can add some personalized flavour to the world.

By providing the players with in game moments and encouragement to build relationships with each other, you can give time to the players’ characters to get to know each other better. These moments of bonding can pull the entire group through the campaign and can make all the difference in instances of combat and high stakes situations, where a relationship chemistry can vastly affect how scenarios play out.

In a video game series I quite enjoy, called Fire Emblem, characters develop relationships with each other through support conversations. These bonds can be bolstered in combat by having the characters engage in combat while next to each other, resulting in stat bonuses and engaging conversations off the battlefield. I like to think that this principle can be applied to tabletop gameplay. The conversations your players have after a long day before tucking in for the night at an inn, or over breakfast before heading out adventuring, can help the rest of the campaign prosper.

Everything comes together organically if you leave room for your players to grow into the world you’ve made. By inserting bits and pieces of their stories into the narrative, you can allow players to invest in the game not only as individuals, but also as a group. One player’s goal becomes the group’s goal, because the group learns to care for each other. This drives the story and role-play forward with a propulsion that a GM can’t aim for on their own, and they shouldn’t. These games are group activities, after all. Like a game of catch, the GM has to toss the ball to the players and receive their returning throw.

Bringing It All Together

The process repeats itself after your first session or game. Talk to the players again and ask them what they think so far. Have a mini group conversation and some of those individual ones too. With any luck, players will be initiating those conversations themselves and commenting on what they really liked. Keep in mind that it’s best to ask directed questions in order to bolster conversation and discuss meaningful moments. Ask them what their favourite moments were, if they felt on edge at any point during the game, and so on. These answers will become your tools to continue shaping the campaign going forward.

Â Pat yourself on the back, knowing that in this moment, you’ve succeeded as a GM: your players are having fun, together, and they’ll be stronger for it.Â

One, the increase of trust and communication between the GM and players. The feeling of excitement and the desire to continue playing. Your players truly get invested, even more than they were before.

And two, a positive feedback loop. You run a session, and afterwards, the players talk about how they found it and what this potentially means for their goals. This gives you a clear direction of where to head next with flavouring the game. It cuts out what didn’t work for your players and puts into focus what does, so you know what to amplify in the future. And the process repeats itself, session after session, so you’re never lost. You’re a Game Master who really, truly cares about what your player characters want to do for themselves, alongside the main purpose of the story.

Like any good story, make the ups and downs of the narrative clear and open for your players to really role-play through. Such moments might not necessarily progress your narrative quickly, but they’re worth their weight in fantasy gold for your party.

Let them simmer and stew together. Let them party when the moment calls for it. Don’t direct them too much in those moments and just take a back seat, relishing their interactions as they become closer. Pat yourself on the back, knowing that in this moment, you’ve succeeded as a GM: your players are having fun, together, and they’ll be stronger for it.

It’s not difficult when you take it step by step. The process is all about being clear with your expectations of the game as a GM, and the players thinking about where they want to be by the end of it. With that vital information, you can begin building things into your story that serve them better, even if those things are just little hints directing players towards their personal goals. Let both the players dive into your world, and let your world create pockets that immerse them, letting them fit right in, together.

After all, these games are meant to be played together, and their magic comes from how the players interact not only with the world, but with each other. If you give them room to grow, they’ll flourish.

Mel is a writer, artist, researcher, and Dungeon Master. Avatar by @Airyn_Weiss on twitter.