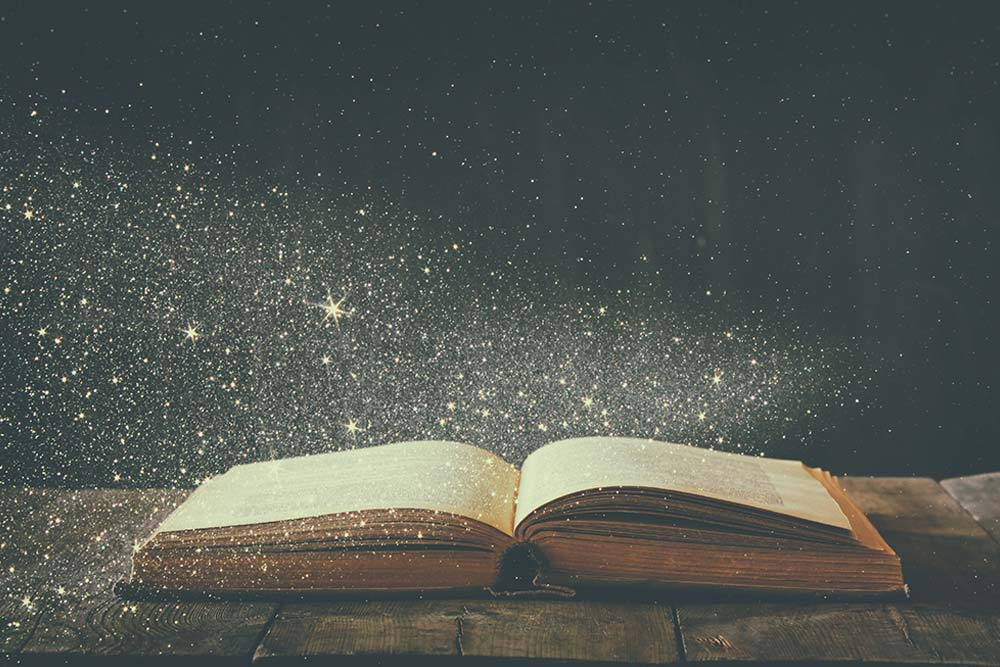 As a creative fiction writer, I’ve never had a problem coming up with unique and compelling backstories for my characters. I usually scribble down a page or three of backstory for each PC I create and for most of my major NPCs as well. When I get super invested in a character, the background can swell to many more pages than that. However, I’ve run into a quite a few players in the past that struggle with backgrounds. Conversations with them usually go something like this:

Me: What is your character?

Me: What did your character do before she became a ranger?

Player: Trained to become a ranger.

Me: Okay… how about before that?

Player: She frolicked with the other elven children in the forests.

Me: Tell me about the other elven children. Is your character still in touch with any of them? How about your family?

I fully realize not everyone is invested in crafting a character background to share with the GM or other players. That’s perfectly fine, but a well-crafted background can allow the GM to hook the player deeper into the story. It also allows the GM to see where the storyline they have planned can be adjusted to fit in pertinent details the player provides. When the plot stakes personally involve the character, the depth of interest the player has for the game increases. This leads to greater immersion for everyone at the table.

If a player is genuinely interested in crafting a background, but struggles with it, there are two approaches to assisting them.

The first approach is to interview the character (not the player), and ask probative questions about their past. These types of questions can be:

… And so on. These are all probative questions that can assist the player in opening up and experiencing the character’s point of view before any time is spent at the game table.

Details to Choose From

If the interview process fails or locks up the player’s brain, then they probably need a more precise creative compass. An overly creative person still needs direction to guide them through the creation process. A creative compass actually provides limitations on where creativity can go. It can also give a spark of an idea to someone drawing a complete blank on how to describe their character’s past. I used to have a set of 50+ index cards with various character details on them, but they were lost in a move many moons ago. I’ll recreate some of my favorites here to give you an idea of what kind of prompts I used to give my players. I’d generally pull out three at a time, show them all three, and let them pick one. I’d repeat this process a few times until we had four or five quality details about the character’s past. This was generally enough to allow the player to fill in the middle parts and produce a decent background.

Where words are split by a slash (/), I allow the player to pick one of the options and continue on. I urge them not to overthink the ramifications of their choice. Where there is a blank, the player gets to fill in the blank. Some of the blanks have suggestions on how to fill it out.

How do you guide your players through their background creation when they stumble along the way? I’d love to hear your ideas for assisting others with creating their backgrounds. For those of you that are interested, I have my own character workbook I use for my fiction writing. I don’t always fill it out to completion, but I will do enough of it to give me a solid idea of who and what my characters are. You can find the full workbook on my author web site under the Writing Tools section.

4 Responses to Background Assistance for Players