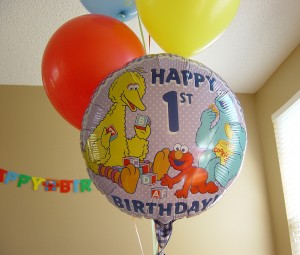 Do we get to eat cake all messy like a one year old too?

A year ago this month, Rogue Princess Squadron was officially released to the world. It had been an idea Alana and I had been kicking around for a while, and even though I was skeptical we’d actually get it off the ground, I have come to learn never to doubt Alana when she announces she is going to do something. With the added words and wisdom of Margaret, Lisa, Caitlin, and eventually Elle, this blog got up and running successfully.

It’s been an amazing year finding our footing along with our collective voices. We’ve done what we can to promote the blog, from our Facebook page to handing out business cards and flyers to anyone that would take them at the various cons we’ve attended. We’ve come a long way from those early days of saying ‘What if’, but we’ve still got a lot further we can go. There’s a whole new year ahead of us with even more conventions and plenty more games.  We intend to fill it with as much awesome as possible.

We couldn’t have done this without several folks that we need to toss thanks out to. First, our tech guru, John Arcadian, made the entire site possible, from setting up the code to hosting the site to answering my dumb questions on formatting minutia. There’s also Scott Myers, who wrote our first guest article and has always been a voice of support, and Sue Zuris for helping out with editing our infancy. Ultimately, most importantly, we need to thank our readers. Without you guys, we would just be shouting into the wind.

To help celebrate our anniversary, we’ve decided to do a little giveaway. Here are the four fabulous prizes that we’re going to be giving away:

Leave a comment on this post, letting us know which article in the last year you enjoyed most. You’re welcome to comment more than once, but we’re only going to count one comment from each member. Entries will be accepted for 24 hours – from when this post goes live until tomorrow at 8am.

Winners for each item will be chosen randomly. We’ll contact each winner and make arrangements to get the awesome shiny to you. Once each winner has been contacted, we’ll announce them here on the blog.

Thank you again to all our readers for making this anniversary even remotely possible. We look forward to the next year of blogging about all things gaming related!