Getting The Most Out Of Brevity 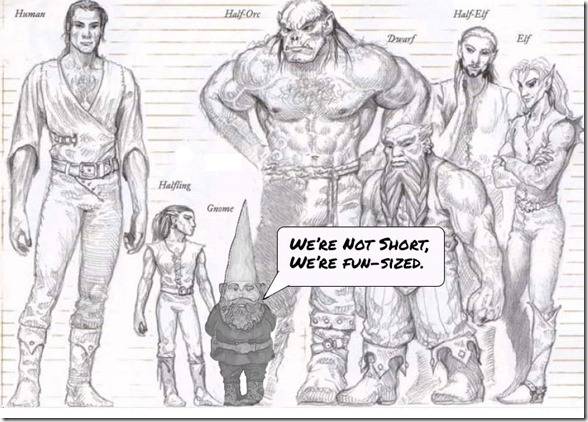 I’ve been thinking about one of my writing foibles recently, being too loquacious and long-winded when I write out a sentence like this one that keeps going on and on to convey a topic better revealed in smaller chunks. Wheww. It’s just the way my brain strings things together, but when it comes to gaming, I’m so much more about getting things done quickly. It’s great. Being brief gets you to the point. The white spaces fill themselves in. You don’t have to do as much prep. Keeping brevity in mind when you game can lead to some awesome benefits.

The Brevity Mindset
Some things benefit from being drawn out and deeply thought about. Some things don’t gain any extra benefit from more than a few minutes of time. The brevity mindset is about separating those things and only devoting the necessary amount of time to a task. Are you taking too long in prep? Do you actually need those extra encounters as a just in case? Is the BBEG’s plot becoming too complex to be fun? Package those elements in a more direct, more easily contained way. That’s the Brevity Mindset.

Keeping Brevity In Mind During Prep

For those of us who can get too wrapped up in game prep, the Brevity approach helps prevent us from getting bogged down in unimportant details. There are a few ways to train yourself to work in brevity while preparing your games.

This approach keeps you moving through your prep time and looking at the bigger picture. What seems like a necessary element when you are narrowly focused on it might seem less necessary in the big picture. If you find some element isn’t as useful, you can cut it out without feeling like you spent too much time on it.

Being Brief While Busting Heads

Combat is an area that can always bog down a game. Though the action is quick in game time, in real time it is sometimes too complex. Using a Brevity Mindset while running combats can cut down long encounters. Decide the feel of your combat. Focus your NPCs on actions that provide that feeling. Quick and brutal? Focus on multiple hard hitting attacks. Easy battle to move story along? Mook your enemies and focus on the narrative aspects of describing combat. Focusing your NPCs actions on things that evoke a feel means you can ignore tons of the statblock and mentally process actions and attacks more quickly. Write notes with just the relevant stats if possible.

Is it complex rules that are making combats take too long? Cut them out. I say 3.5 grappling. You say ugghh. House rule that away or find a quicker, easier system. Write down complex rules or keep a note card with page references so you can quickly adjudicate the combats. Make players keep note cards of commonly used powers so you don’t have to look them up. If a dispute or clarification happens, play it in the players favor and look it up after the game or after the combat. Make a note of it for later to prevent repeat confusion.

Cutting Where it Needs To Be Cut 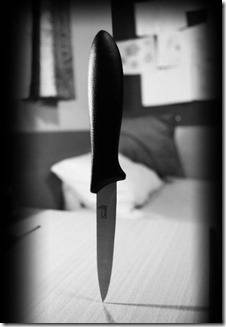 Combats aren’t the only offender on the too-lengthy scale when it comes to gaming. Long NPC diatribes, tedious descriptions, and overly complex non-combat encounters can all slow a game to molasses. Determine what doesn’t really need to be there and cut it, if possible. Describe the dungeon wall’s look and feel once, vividly, the first time it is encountered. Leave it after that. Short form NPC speeches unless they add something or are actually helping immersion. Many players zone out if one player takes the lead and talks to the NPC. Avoid this by short forming the discussion and keeping all the players on board. They still get the information, you get the plot hook in quickly in a more direct way.

Cutting elements short, or out completely, is subject to personal taste. When you are running, put a piece of paper in your screen with the words “Is this taking longer than required?” on it. That is a visual reminder to judge elements of your game and cut them short if needed. Having this as a constant visual reminder will help you build up a mindset for brevity.

Flip Side Of The Coin

Now, not everything should be cut short for the sake of speed and efficiency. Many elements of games are fun in their own right and the game is meant to be played. Pushing past elements that are fun, where complexity heightens the experience, or where engagement is high will damage your game. Don’t cut something off if it is flowing naturally and fun is being had by all. In prep, it is easy to go back and flesh out elements, but during your game you have to make decisions quickly. Err on the side of playing something out just a bit longer, but just a bit. You can always cut something short if it is going on too long and isn’t enjoyable, but you can’t easily go back to something you’ve already cut off.

Working with a brevity mindset for game prep and with the elements that come up in play has served me well on my side of the GM screen. Player buy-in is usually pretty high as well. If someone is getting really excited about something, it is easy to let that play out until the excitement ends or it infringes on others play time. Do you prefer games that move quickly? Do you prefer games that delve deep into the details and play elements out until their elongated end? What experiences have you had where things were dragging on and you wish they were cut short? What experiences have you had where things were cut off too early?

2 Responses to Getting The Most Out Of Brevity