*Originally this story appeared on my previous blog, Adventurer Misadventures.

This is the tale of how Jerek, half-elf Ranger and companion of Valeria de Valfierno (a rogue I played), was blessed with not one, but four beautiful wives.

See, when men in an inn are tipping the dancing girls a single gold to make them stick around all night, you can up the ante pretty easily–you put down TWO gold. 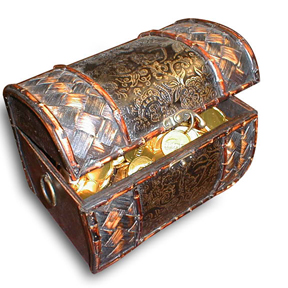 But that is not how Jerek ups the ante! Jerek wanted to be draped in multiple beautiful women! Not just the one Charisma 22 lady whose eye he caught. Jerek threw down two PLATINUM pieces and asked Charisma 22 to bring over some friends. She readily complied. Soon Jerek had five dancing girls (all Charisma 15 or higher, though 22 didn’t let anyone above a 20 come over) draped all over him. And then he slapped down ten more platinum and said “Who wants it?”

That was when the massive catfight broke out. 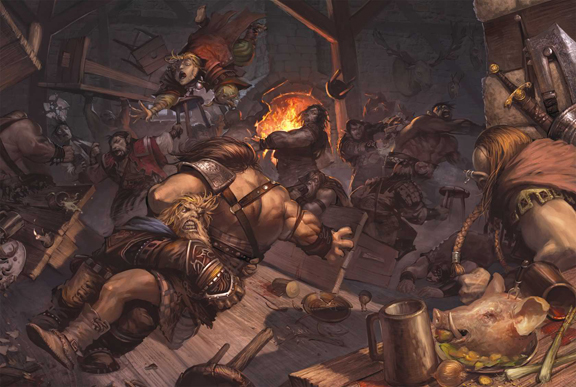 It was just like this, but with, you know, dancing girls.
[Image (c) Paizo Publishing]

When the guards came to sort out the violent mess of dancing girls, Charisma 22 walked off, essentially saying “I don’t need to deal with this shit, I can do better,” (Jerek’s charisma was much lower than hers). The other four ladies all protested that Jerek had bought their hands in marriage, and they were now his wives.

Jerek tried to convince the guards that it was a misunderstanding, he was not married to any of these women, but two of the girls made their case more strongly than he did. He walked away with two wives: Alexia, and a girl with a black eye. 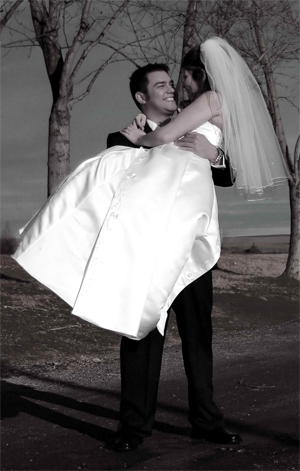 When Valeria encountered Jerek and his lovely wives the next morning, she congratulated him and sized the ladies up. It seemed that Alexia, poor deluded thing, was actually in love with Jerek, while Black-Eye was in it for the money.

Val also saw how miserable Jerek was, and, feeling somewhat bad for the fool, started giving Black-Eye advice about what to do if the enemies who were constantly trying to murder Val, Jerek, and company come after Black Eye, now that she’s “part of the family.” Val, being a rogue and a gypsy (Varisian, technically), told it in the goriest, most horrifying way possible, with plenty of references to the crazy shit that had already happened to the gang. Eventually, Black-Eye up and left, deciding that she would be better off finding a SAFE life of luxury, rather than the fustercluck that being around our group would be (and consider for a moment that she’d be living at a mansion with the other misfits we’d picked up, including a dim-witted bugbear, outcast kobold, living doll, etc. . . . and that life would be much calmer than traveling with us on the road). Thusly, Alexia became Jerek’s only wife, though whether that was fortunate or unfortunate for her was debatable. 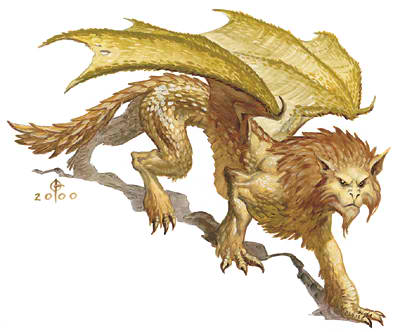 We had a baby Dragonne at the mansion, too. Its name was Flower.
[Image (c) Wizards of the Coast]

In conclusion, we congratulated Jerek on his four marriages, consoled him over his three divorces, and prayed that he’d learned a lesson about appropriate tipping.
This post is brought to you by our wonderful patron Jennifer Kathleen, supporting us since November 2017! Thanks for helping us keep the stew fires going!