A Tableselfie Year In Review 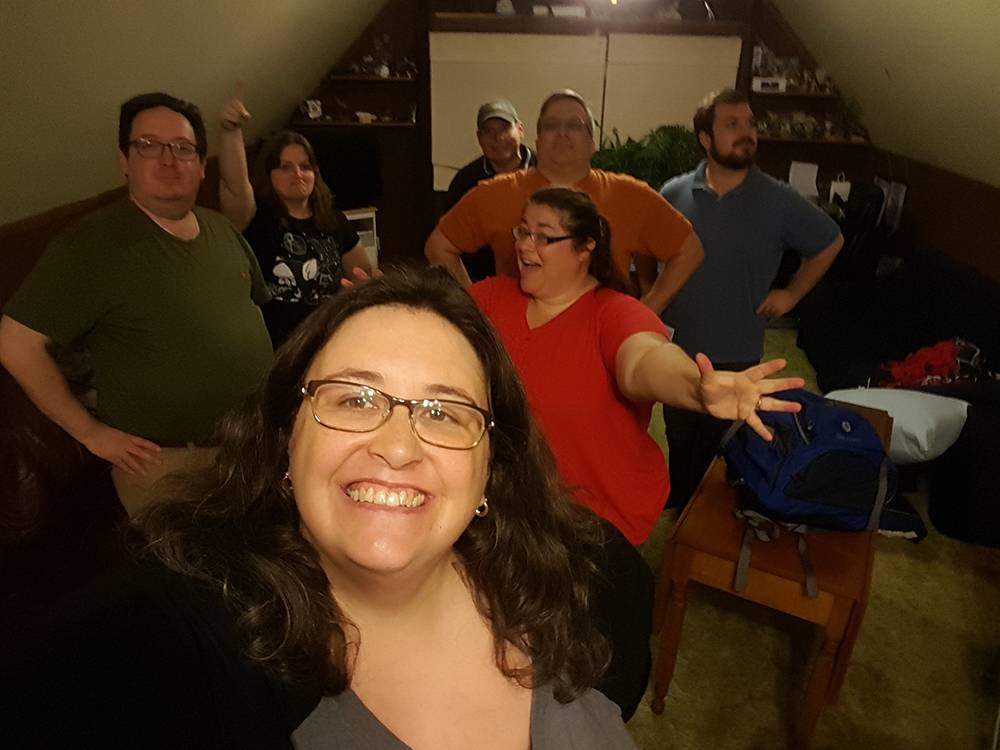 The first Masks game I ran. It was everything I hoped it would be.

The most common term I’ve heard to describe 2016 is ‘dumpster fire‘. When it comes to the fractious and alarming state of politics or the helpless sense of loss from losing so many childhood icons, I agree. There are other areas, though, where the year was pretty good to me. I realized a decades long dream to buy a house and celebrated a couple of major milestones at work. 2016 was also a really good to me on the gaming front.

Star Wars with the kids

My regular group started off the year with a short Monster of the Week campaign that ended with an epic demon battle in Las Vegas’ Caesar’s Palace. We moved on to a new Star Wars campaign sandwiched between Return of the Jedi and Force Awakens where the characters quickly earned a place in our hearts. After that, we picked up our D&D city campaign where our characters suffered loss and triumph and had a season finale worthy of the ages. We dipped our toes into Savage Rifts and got ready for a return to Eberron. On top of that, there were a half dozen conventions and random game nights with plenty of games both played and run. One common thread running through my gaming from this year, though, were tableselfies.

I’m honestly not sure when I first heard the term, but I know it was Senda‘s fault. I think it got mentioned first on Panda’s Talking Games, but it might have been She’s a Super Geek (both great podcasts, by the way). Regardless of where it was mentioned, I fell in love with the idea. My first tableselfie wasn’t taken until late May and it wasn’t very good. The thing is, though, it felt right. By the end of year, I had taken close to 60 tableselfies.

I’ve had my regular game group since early 2004 and I’ve been attending cons pretty regularly since 2006. My good camera is always with me at cons, so I get a lot of pictures, but I’ve never found a good way to capture the essence of what happens at the game table. I’ve known a few GMs that would ask for a group shot at the end of a game, but that never felt right to me. It certainly wasn’t something I felt I could do at every game I played. Then along came the tableselfie.

Suddenly, I had the means of asking the table for a quick picture without stressing everyone out with the fancy camera. Everyone knows what a selfie is and the smart phone is ubiquitous. Timed right, it’s barely an interruption into the game and perfectly captures the faces and the enthusiasm at the table.

So why is something as silly as a tableselfie so important to me? As I mentioned on this week’s GnomeCast, gaming is about the people at your table. Whether they’re good friends, casual acquaintances or strangers you’ve just met for the first time, they’re diving into that world of pretend with you. They’re the magic ingredient that makes gaming bring me back to the table every single time. Why not capture that moment and those faces?

Firefly at Con on the Cob

MOTW at Con on the Cob

This year, I lost a good friend. His death was sudden and unexpected and I’m still grieving his loss. He’s someone I met at Origins several years back, but he quickly became a very good friend. His name was Rick, but you may have known him as The Doctor. For a while, he was only attending cons dressed as the Ninth Doctor, where he ran many Doctor Who games, both on his own and for Cubicle 7. He brought an earnest joy and enthusiasm to everything he did. While it wasn’t nearly long enough, I am incredibly grateful for the time I did have to know and love him. 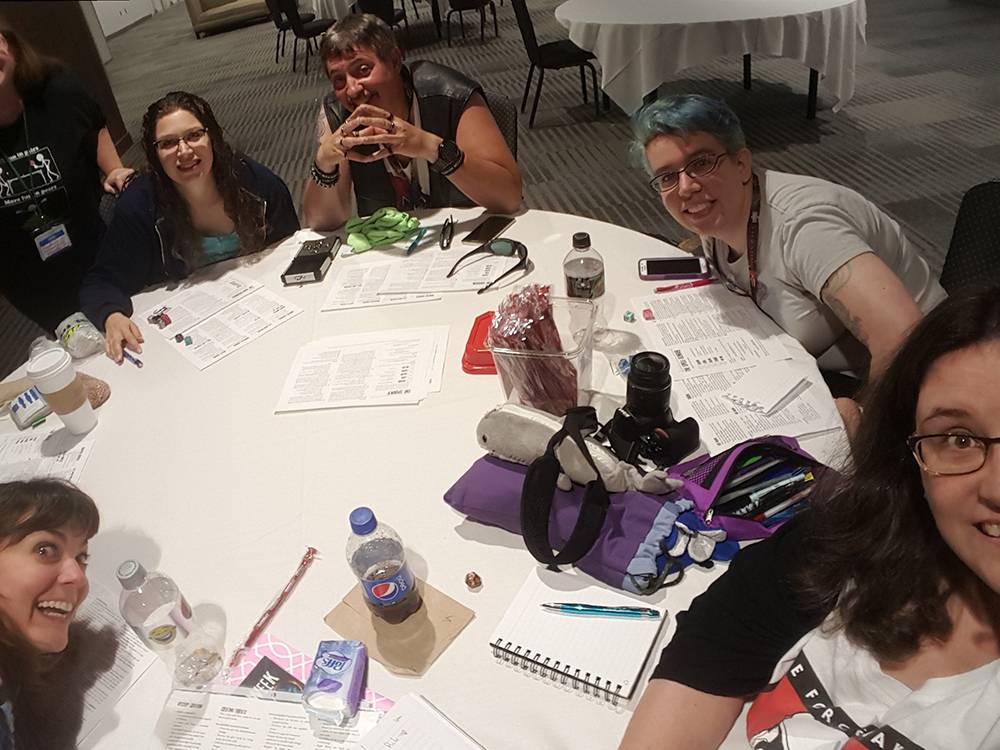 The last time I got to play with Rick. It was MOTW and he played a big, dumb Chosen. He was awesome.

I was already well into taking tableselfies when he died, but losing him from my life also made me realize how much I cherish my experiences gaming and the people I play with. Whether it’s the folks I’ve been gaming with for a dozen years, the friends I only get to see at conventions, or the new faces I get to meet every year, they’re what makes gaming worth it. They’re a huge part of why I play and why I love this hobby. I want to capture a glimpse of that joy and enthusiasm and share it with the world.

Masks in my kitchen

In the coming year, take a tableselfie and tag me (@orikes13). I’d love to share a peek at your love of gaming too.