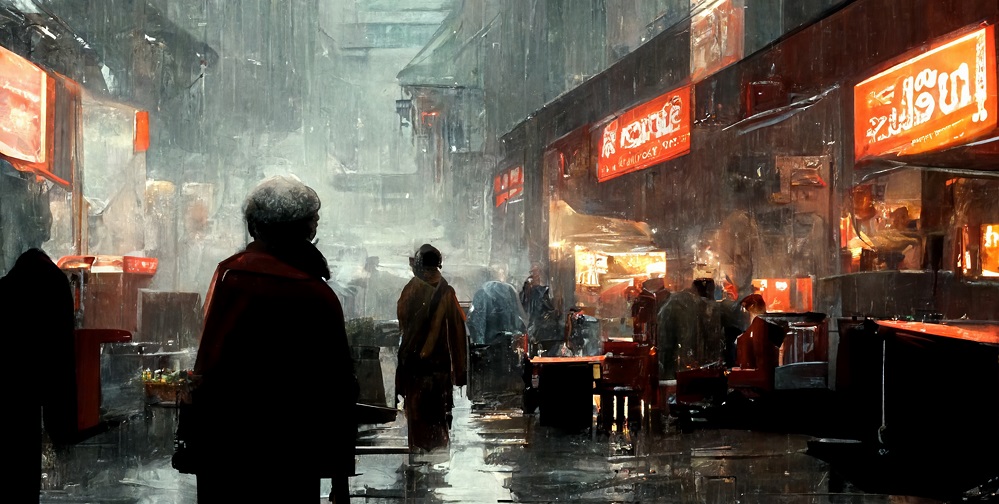 I’m currently running a D&D game in the Final Fantasy XIV world setting using a modified version of the excellent FFXIV x DND homebrew. At its core, it’s still D&D 5e, but I’ve been taking the opportunities the setting gives me to tweak and open up some of the systems to fit the more modular and open gaming style I tend to enjoy. I already wrote one article about the Point Buy Feats system I created to give my players more diverse options. Today I want to drop my setup for removing a ton of complexity from the D&D currency and item system.

I’ve always had a few personal issues with the way money and currency are handled in D&D games. I played way back when in the days of 2e and I get where the system has its historical roots. It works fine, but it always feels off. Whether it’s bribing a guard with what would be a year’s salary or realizing that the prices this “poor blacksmith” is selling their goods for should result in them living in opulent wealth, it just never seems to add up in a way that felt understandable. If the tech level differs a bit or there are more advanced options in the world, the system feels even more off balance. Sure, you just handwave and move along so you can get to the fun parts of the game, but I’ve always felt there are better ways.

I’ve tried using skill and resource based systems like in old World of Darkness games, and I’ve dipped into not bothering with it at all and just pushing those elements to the narrative. The issue always comes back to the players wanting to have that ‘gaining money’ experience, and it’s hard to do that without some quantification of the resource. It’s rarely satisfying to say “The quest giver offers you a ‘good amount of money’ to do this job” and then move on. Would the characters be motivated beyond the danger? Would they want more? How much more should they negotiate for? Would they scoff and not take the danger on for that paltry sum? So, from a narrative perspective, money needs at least a little definition to create the experience that fits the scope of D&D games. Really, all games in any setting need some sort of conceptualization of money if it is at all a part of the tropes. Would the elite merc group take on the deadly mission for $500? Would the tramp freighter group try to run the imperial blockade for 4,000 credits? Without some concept of relative worth, some of the verisimilitude breaks down, but the super detailed and accurate item accounting can cause it’s own issues and be a pain to keep track of. So, what’s the solution?

I’ve played around with lots of ways to get around the issues I find in the D&D currency system, but the one that resonates and seems to fix most of my issues is figuring out the relative costs for some important categories of items and services and providing an adequate cost range – making a kind of matrix of value in the game world. Having the range of costs for a basic category gives you enough flexibility to quickly figure out a price for almost anything, while also allowing you to vary up things based on market conditions.

Here are my relative costs that I use for my FFXIVxDND game. For my world I use GIL, but I’ve gone ahead and converted to a version of the Silver Standard. The “Silver Standard” paradigm is a popular way to re-conceptualize and make the D&D prices feel more understandable. In short, if a price was in gold I converted it to silver and matched those to more of the idea that a silver piece is very vaguely around 1 USD. (Edit: The original article had the prices in gil for my game, but I went back and edited so this was more usable out of the box. You can just change sp to gil or whatever named currency you might use for your world. )

Modified from the DMG chart, magic item prices will vary greatly depending on usage. This chart is for general consideration only.

The Breakdown – Or what’s so great about this?

What I love about this setup is that I can instantly ditch set item prices. I have converted a lot of the D&D items to sp within this paradigm, but when it comes down to figuring out how much some item should cost that isn’t listed, I’ve got some lines I can color inside of. Maybe a player gets a very smart idea to bribe the librarian for access to closed off sections of the library with a super nice journal or a rare book. All I have to do is consider what category it is within – let’s say the low range of extravagant – and provide the player some options. Perhaps give them a choice between a journal bound in rare leather and transported from a far away land for about 180 sp or a tome of Ben Hur 1860, third edition with the erratum on page 116 for only 376 sp. Both rare books but it is simple enough to figure out a price without referencing the item lists and then trying to determine how much it might be based off of standard D&D.

Book prices aren’t written up anywhere I know of in the stock D&D setting, and their value may change depending on setting and the rarity. With the relative system in place, all I have to do is decide if they are common or extravagant and decide how much this area may have one available for. Take a common item such as a set of blacksmith’s tools. I could determine that it is cheaper in a more populous area (say 65 sp for a hammer and tongs) while in a frontier outpost it costs more (125 sp) because of lack of supply and demand. I just have to target what I want the cost to represent for the item. Working with ranges lets you be flexible.

As you can see from the breakdowns I wrote up, you can also create ranges for many different types of sellable items or services. Modifying lifestyle options lets you get a general idea of how much a good bribe might be or how much fancy meals would cost within the range. With travel I can make the categories representative rather than 3 sp per mile and have to figure out the math. I can also break out of the ranges for special circumstances. Sure, it’s only a short travel by airship or boat but the island is supposed to be haunted and the captain requires triple the pay per person.

One more thing I like to do to ease things even more is make things equivalent to common scope of real world items. Matching what you and your players understand as real world value in USD, CAD, Euro, Rands, Yen, etc. and building the categories based off of that will let you just come up with prices immediately. You could even shift your money system by a percentage if you wanted to make it feel unique but still match a common understanding of value. If something would cost 20 dollars USD you could decide it is around 200 sp in the game setting because everything is about 10x real world USD prices in sp.

Something that wouldn’t be mass manufactured may have to accommodate the cost of crafting by hand, but – if you match it to real world money paradigms it is much easier to figure things out. If you set up your relative price ranges well you can still easily grok general costs without matching to a real world price. You may look up hand made soap on Etsy and see people sell it for around 4 to 6 bucks per piece. Great – that’s 4 sp to 6 sp or 40 sp to 60 sp if you are shifting prices for a unique feeling.

This is not a system based in realism, except in the ways it is more realistic. Maybe it’s more true to say it isn’t a system based in exacts, but neither are real world money systems. Look almost any product on an online marketplce where there are multiple versions of the same thing. You’ll see pricing varies greatly for goods that are made by multiple different manufacturers. The same goods also cost different prices in different locations. Anything on an island is usually more expensive because of supply chain costs and buying something from an open air market compared to an established shop will have great variation in the costs. This is a system more about defining the value than the exact pristine price of an item and that can be incredibly freeing. The paradigm works across many settings and it becomes easy to shift and move when the current game situation requires it.

What do you think about relative money systems like this? Do you see yourself using something like this to ease some bookkeeping? What other categories would you create to accommodate your in-game needs?