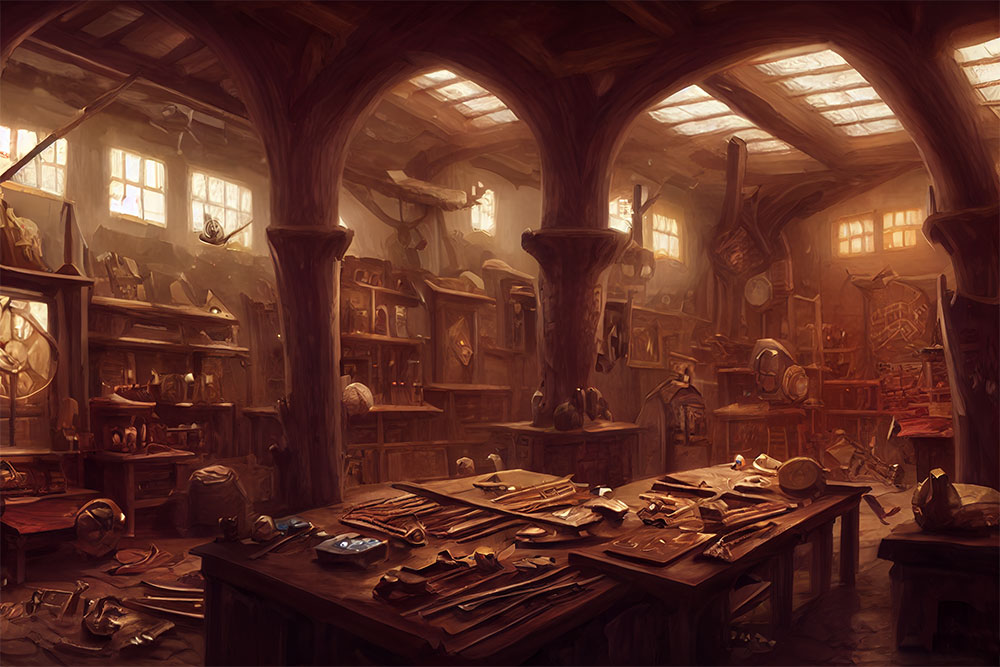 Recently I’ve been writing a few articles that highlight some of the homebrew changes I make to D&D5e to make it more epic and open (Simpler Currency System and Point Buy Feats). The current game I’m running is in a Final Fantasy world and I’ve wanted to make sure things felt more open and accessible. Today I want to share the Modular Weapon and Armor system I use to make weapons more interesting and variable. This system is definitely not RAW or appropriate for more OSR style games, but what it does is allow weapons to be more interesting and adaptable to character concepts. It gives an upgrade option outside of magic +1 weapons and armor. With stock D&D rules there aren’t a lot of ways to make a dagger “better” except by making it a +1 weapon. Older editions had things like Masterwork, which were interesting and added some definition to the weapons and armor. This system separates weapon mechanics and narrative aspects to allow more interesting weapon types.

The core concept of this system is to start with a base cost for the weapon or armor based on the core effect it has. From there you add weapon properties and other modifiers that change the base cost of the weapon or armor. Here are the steps for building this system out for use, but you can just modify prices in the tables later on and insert into your game for ease of use.

That’s the basic setup of the system for your game. What comes next is building the weapons and armor when you need one. Let’s imagine that a magic using character who can only wield simple weapons wants to get a new staff made that is capable of withstanding combat as well as channeling magic. They would follow the following steps to build the weapon (or armor) and determine the cost.

That’s it. New weapon acquired and priced. Let’s look at it a bit more in-depth though.

There are a lot of benefits that come out of using a system like this.

What This System Gets You

So, why would you use this system over the core D&D system that’s already written up? There are a lot of benefits that come out of the small amount of extra work you need to do.

I’ve gone on long enough talking about the benefits of the system, so let’s end this article with the information you REALLY needed – the tables and costs. These are based on my FFXIV x DND costs but I’ve tweaked them back to silver costs to integrate more easily into a standard D&D game. You can get an approximate gold costs by dividing by 10.