Why You Should Let the Villain Monologue 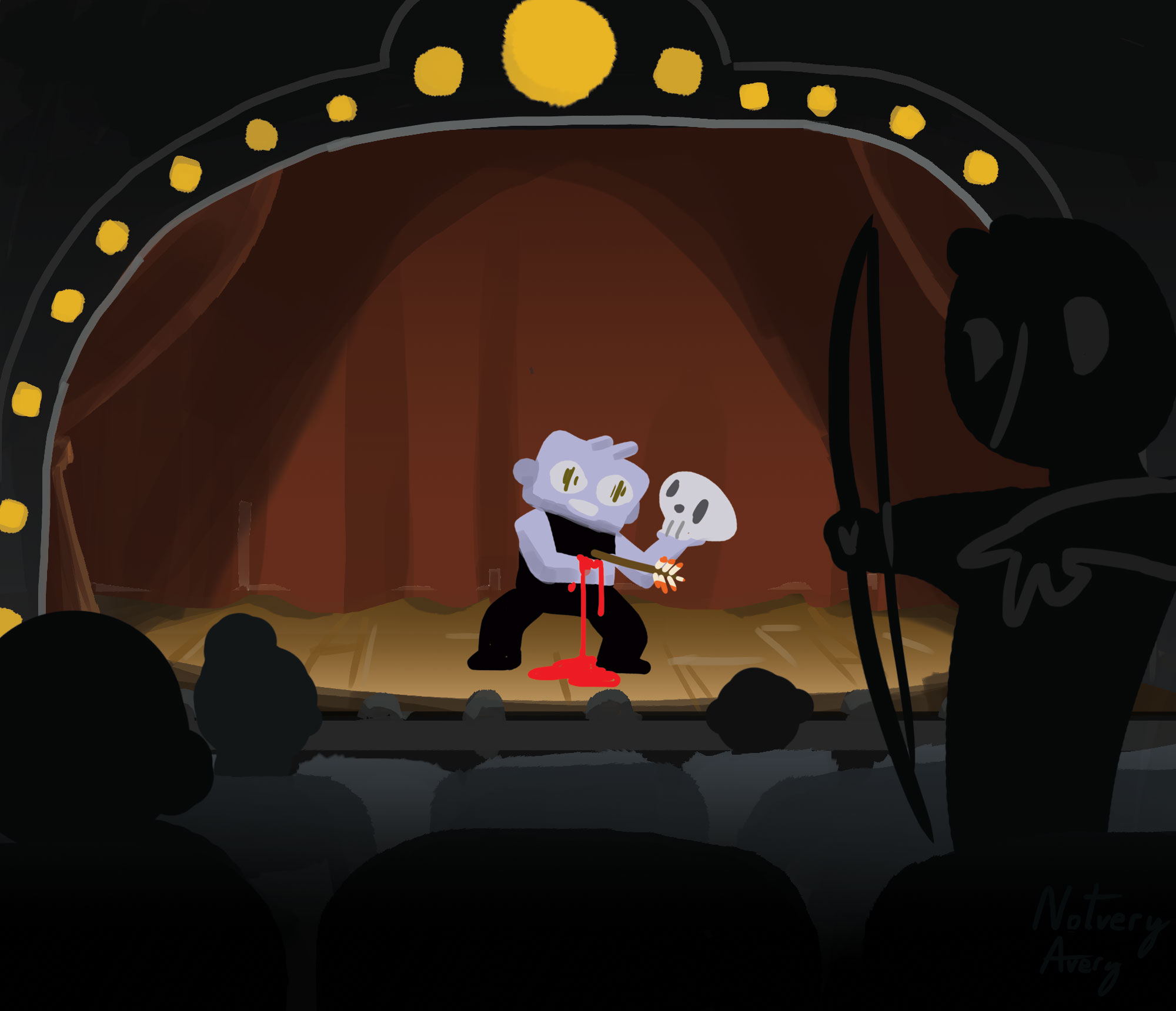 Behind every great adventure, there’s a group of plucky players rolling dice to decide the fate of their avatars.Â  Behind those players is a GM–their smile partially obscured with a well-placed screen–secretly rooting for their victory.Â  When the dice and dust settle and the players set out on their journey to a satisfying night’s sleep, the GM quietly packs their gear: the screen, the books, the minis, the maps, their dice, and all the ad hoc gear they’ve gathered for this particular session.

The GM has a satisfied, yet bittersweet look on their face; they wanted the players to succeed, yeah, but they’ll always wonder if it was ever enough.Â  Could they have done more?Â  Perhaps prepared more?Â  Was it challenging enough?Â  The GM knows that the players inevitably win some way or another and that their adventure was always a challenge to be surmounted eventually.Â  But, it can be hard knowing that your own victory could lead to a raucous table.Â  With those thoughts, they, too, pack up for bed, their mind constantly on the players and the story at hand.

“Good to see you’ve finally come, I’ve been waiting for you lot for some-”

“I shoot him with an arrow.Â  Sneak attack, yeah?”

If you’ve ever played a long enough campaign you’ve likely faced your fair share of villains: from mid-boss to big-bad, from minor to world-ender.Â  Even the evil campaign has its own villains, in a sense, as the holy law enforcement seeks to end your reign of terror.Â  With any important enough antagonist there will eventually be a moment where the plots and schemes have been thrown to the side and they face you confidently and tell you the tale you’ve earned, explaining their modus operandi and reasons why they’re acting as they do, or some sort of critical plot point or piece of information that could change the world as you see it.

Or in other words, a monologue.

In a recent thread on a D&D-based Facebook group, there was a discussion about players interrupting a villain’s monologue.Â  A majority of the responses in that thread could be summed up between ‘Yeah, interrupting them is hilarious!’ and ‘I hate it when my players do this.’Â  While there were quite a few cases of overt GM overreaction(i.e., immediately killing players that do this or making them completely helpless before monologuing), there was an evident frustration from GMs as a whole concerning this.Â  There was an even greater number of players explaining all the ways they’ve gleefully dealt with it as well.Â  From Sneak Attacking to surprise Fireballs, from charging at them to casting Silence to prevent it entirely.

When did roleplaying become a zero-sum game?

Perhaps it’s due to all the monologuing we observe in media, or perhaps it’s the flashbacks of being lectured by parents, but at some point monologuing as a whole started being seen as an intrinsically negative function that needs to be dealt with.Â  In nearly every group I’ve run for, there has been at least one player who is especially keen on making sure no monologue gets to see the light of day.Â  When the villains go down that quickly, all the players are happy, but the GM is often left feeling unsatisfied. When did roleplaying become a zero-sum game?

“How could you betray us!?”

“Allow me to explain! Secretly, all along I’ve been–”

“While they’re distracted, I’m going to charge at them.”

When a GM creates their campaign//adventure//session they go in knowing 95% of the content they make is going to be bested.Â  Aside from the few instances like a recurring villain escaping or a character dying cinematically, a GM is not really meant to ‘come out on top.’Â  When we do, it often frustrates the party, and so the GM must act with these in great moderation.Â  A game is balanced around the party besting obstacle after obstacle for their coveted EXP.Â  The GM goes in, prepping exorbitant amounts of content in maps, NPCs, quest lines, encounters, monsters and more, all while knowing it’s supposed to be bested and often forgotten in the running narrative in the game.Â  The GM plays the game knowing they’re going to–meant to–lose almost every single fight.

When a villain monologues the GM already knows they’re likely going to die.Â  However, this is one of the few cases where a GM can really let loose, can ‘come out on top’, without doing anything overly frustrating towards the players.Â  No one has to die, the players haven’t failed, or even let someone escape; this is simply the preamble to the villain’s death.Â  It’s likely their last chance to leave an impression on the players.

Often the final speech is about the futility of the player characters, but can easily have room to be much more than that.Â  As a GM I’ve spent hours scouring old notes and chat logs, looking for hints of character-backstory to tie in, or lost campaign-imperative information that needed to be revealed.Â  When a villain dies too soon, so does any narrative attachment they might have.Â  Everyone wants a memorable story just like in the podcasts many of them have come to admire, but by not giving the narrative a chance, players could potentially lose out on big dramatic moments they could have been talking about for years to come.

The players already have an infinite number of opportunities in-game to express themselves and to do whatever they want.Â  Players can choose to save the damsel’d blacksmith, break into any NPC’s house, or even spend the entire session punching trees.Â  But the GM only gets so many opportunities to express themselves fully in a way that doesn’t inconvenience or frustrate the players.

Players can choose to […] spend the entire session punching trees.

I’m not saying the GM doesn’t have fun when they’re not monologuing.Â  As a GM, I’ve found myself honestly *giddy* watching my players best the odds, or find unique solutions to my obstacles I hadn’t considered.Â  I enjoy myself plenty when a player engages in the world in a way that adds to the narrative meaningfully.Â  I also enjoy myself, perhaps far too much, watching the players struggling with my plethora of pit traps.

All I’m saying is that the GM spends a lot of time prepping and preparing a game where everyone can enjoy themselves.Â  I don’t believe GMs get enough credit for all the effort they put in.Â  We’re not asking for much, but for just enough time to show you all this thing we wrote.Â  So just once in a while, let the villain monologue.