Why Are Most Gamers in the U.S. White and Male? 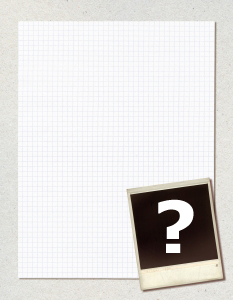 I’ve been gaming since 1987, and in that time I’ve observed that the majority of gamers, at least in the U.S., are white guys. I gave it away in the title, but the meat of this article is an open question to the gaming community:

Why are most gamers in the U.S. white and male?

We’re about to talk about race and gender on the Internet, and I believe this will be a fruitful and civil discussion. Why? Because the Gnome Stew community is well-known as one of the most intelligent, civil, and rational blog communities in the world. (Yep, a site whose masthead features three dead gnomes in a cauldron of blood is known for civil discourse — those two things aren’t mutually exclusive.)

There are over 11,000 comments on this site, spanning almost three years, and we’ve never had to ban anyone — hell, we rarely even have to remind anyone not to be a jerk. I can’t think of any better place to have a discussion about this topic.

(Like 10 Reasons Why Roleplaying Games Are a Positive Force for Kids and Adults Alike, this piece isn’t specifically about GMing. We stay on-topic 99.9% of the time here on the Stew, but once in a while we diverge to talk about something broader than game mastering.)

First, a few things worth mentioning:

My question isn’t intended to offend

I’m not saying that if you’re not white, not a guy, or both, you’re somehow less a part of the gaming community than white guys are. I genuinely want to know the answer to my question, and I think it’s a topic worth discussing — and which I haven’t seen discussed often enough. It seems like an elephant in the room, and while talking about elephants isn’t always fun, it’s usually worthwhile.

I’m not a scientist

I’m a writer, which is like the opposite of a scientist. My observations are based on nothing scientific, just 20+ years of noticing the gamers around me. My “qualifications” to raise this issue are that I’ve lived in four very different places (Sable, France; New York, NY; Ann Arbor, MI; and Salt Lake City, UT), grew up and went to high school in a very diverse place (NY), spent time in gaming stores all over the country, attended 11 GenCons, and I’m not an asshole.

I love that gaming is an inclusive, welcoming hobby

I’ve gamed with all kinds of folks over the years: old, young, thin, fat, suave, socially awkward, disabled, not disabled, frustratingly muscular, encouragingly wimpy — the list goes on. My gaming groups have often included a mix of women and men, whites and people of color. When I sit down with seven strangers to play in an event at GenCon, I don’t care what they look like, what gender they are, how old they are, whether they’re in a wheelchair, who they voted for — and neither do the other folks at the table. We’re all there to game.

Gaming appears to be getting more diverse

Since I attended my first GenCon (a fuzzy yardstick for this discussion that I’m going to come back to in a moment) back in 1997, I’ve noticed that GenCon is becoming more diverse across the board: There are more women and people of color attending recent cons than there were 14 years ago. Gender diversity seems to be growing faster than racial diversity, but both have gone up.

I wish gaming were more diverse

I’d love it if there were more gamers who were not white, not guys, or both in our community. There’s nothing wrong with people who are white, or guys, or both (I’m both), but diversity improves communities. I didn’t set out to choose mostly white guys to write Gnome Stew with me, I just picked folks I knew through Treasure Tables who wrote well and who I trusted — but I’m cognizant of the fact that, on the diversity front, the Gnome Stew authorship is lacking.

That’s where I’m coming from and why I’m interested in this question.

In a fictional world where:

…and gaming groups always include a GM and five players, you’d expect those five people to break down like this:

In that same fictional world, you’d expect GenCon 2010, which had roughly 30,000 attendees, to have looked like this:

GenCon is an imperfect measure, as it also draws non-tabletop RPG gamers (CCG players, anime fans, etc. who aren’t there to play RPGs) and folks from outside the U.S., and my intention isn’t to pick on GenCon — the folks who run it have no control over who attends. But it’s useful as a fuzzy yardstick that a lot of gamers, including myself, have personal experience with.

“Does your gaming group look like that?” is a less interesting question to me than “Did GenCon 2010 look like that?” Any individual gaming group will be a very, very small microcosm of the gaming community as a whole — certainly part of my, and your, experience of how gaming intersects with race and gender, but also subject to all sorts of other factors. But GenCon is big enough to take a quick snapshot and see, in a rough and anecdotal way, how the population of GenCon attendees compares to the U.S. population as a whole.

Why do all these numbers matter?

I was at GenCon 2010, and while I obviously didn’t do a demographic survey, a lot less than half of the thousands of people I saw were women, and a lot more than 63% of them were white.

That’s far from scientific, but good enough for me to think I’m on the right track about this question — “Why are most gamers in the U.S. white and male?” — being worth asking and worth discussing here on the Stew.

So, How About It?

With context, some data, and some conclusions covered, it’s time to circle back to the question. There are actually 2.5 questions here, though, not just one:

78 Responses to Why Are Most Gamers in the U.S. White and Male?