Whose Game Is It Anyway? 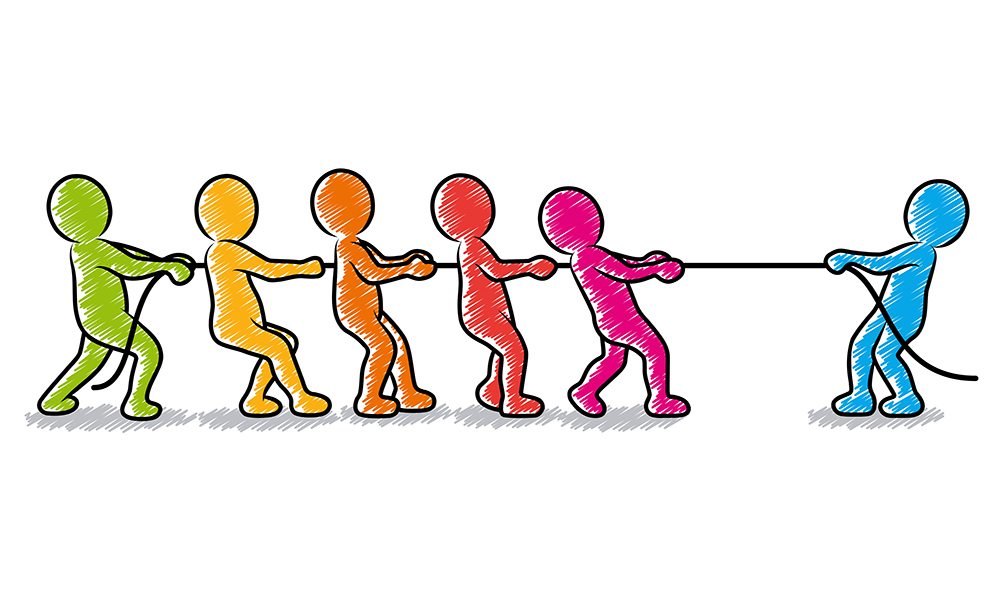 It’s the tug of war between whose fun is most important.

Think back on the favorite games that you’ve ever played or run. I know mine have always been a beautiful mix of the best of a GM’s prep and skill combined with players elevating the game in exciting and unexpected ways.Â

Of course, the answer is ‘both’. If everyone at the table isn’t having fun, then something is wrong with the game. Now, the specifics of what’s wrong could be any number of things. Yes, it is possible the GM is being inflexible and railroading their players through a game that isn’t nearly as engaging or interesting as they thought it would be. And yes, it’s equally possible the players are being deliberately obtuse and disregarding the time and effort the GM put into prepping the game they’re playing. Over the years, I’ve seen both of these extremes happen but usually most examples fall somewhere in the middle.

As with most things, it’s not a black and white situation and the middle ground is super broad and very fuzzy. Think back on the favorite games that you’ve ever played or run. I know mine have always been a beautiful mix of the best of a GM’s prep and skill combined with players elevating the game in exciting and unexpected ways. Unless you’re one of those GM’s that craves absolute control or one of those players that craves pure chaos, your favorite games are probably also a similar mix of what both sides bring to the table.

On the GM’s Side…

A friend complained not too long ago that he was seeing a lot of advice in various RPG communities that was essentially telling GMs they should always just roll with whatever the players want to do, even if that completely disregards the setting or plot the GM had prepped for the game. Having talked to a fair number of GMs, I know how absolutely frustrating that advice is when you’re no longer having fun running games. While we are there to bring an entertaining game to the table, our fun shouldn’t be completely disregarded in favor of the players.

At the same time, if we’re not cognizant of the players’ expectations and running a game without their engagement in mind, we’re setting ourselves up for failure. No matter how awesome our ideas as GMs are, if they’re not offering the players an opportunity to add their own flavor and change the game world, we’re essentially asking them to just sit there and be an audience to our greatness. In addition, no matter how excited you are about a game or campaign idea, if the players you’re presenting it to are lukewarm on the idea you’re unlikely to get a very good game out of it. Not every game is meant for every group of players. If you want a high intrigue game of politics and mystery and your players just want to blow off some steam by cracking jokes and punching evil in the face, you’re both going to end up frustrated.

On the Player’s Side… 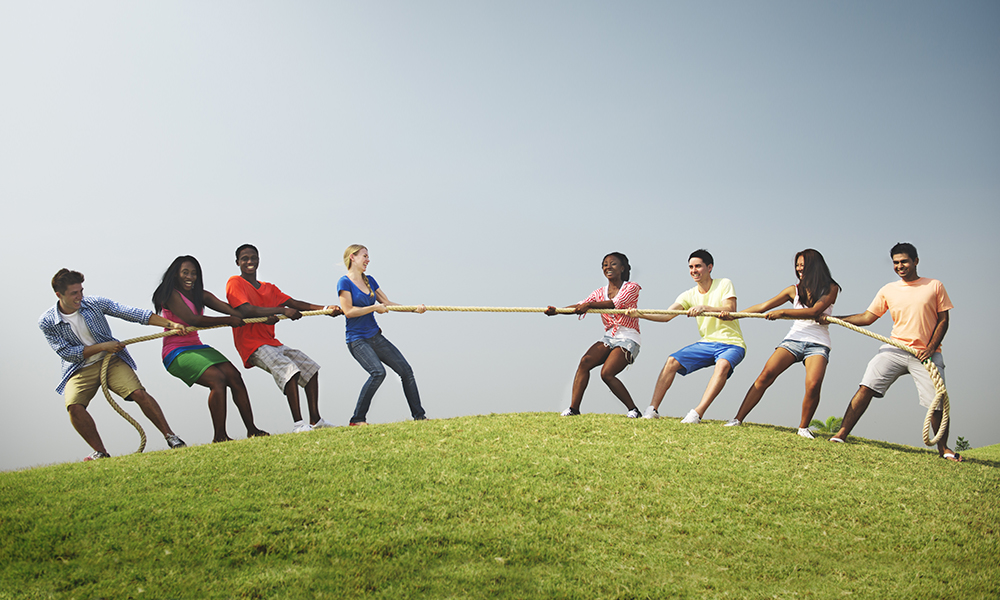 Tug-of-war might be fun, but fighting between the players and GM isn’t.

Players aren’t completely innocent in this equation. I’ve seen plenty of players who think messing around with the GM’s plan is the height of entertainment, so they go out of their way to screw up any perceived plot. This is always a little sad but funny when I run a Powered by the Apocalypse style game and mostly run improv style. There are also players who get wrapped up in their own ideas to the point that they’re trying to slam the square peg of their character into the round hole of the GM’s planned game. Players absolutely can make or break a game by their willingness to engage with what the GM is presenting.

Now, this isn’t to say players should just lay down and take it when a GM is running a bad game, and no one should feel forced to play a game they’re not interested in. There are times when a game is just bad and any fun you get out of it as a player is going to be what you make of it for yourself with the other players. Or, sometimes a GM’s logic behind their scenario fails and the players make the game go sideways through no ill intent on their part. If I am completely honest with myself, I’m a horrible player to have at the table when I’m not enjoying a game. My impatience is obvious and I don’t hesitate to call out things that are making the game less fun for everyone at the table. Diplomacy isn’t always my best skill.

What can we do to avoid this tug-of-war between GM’s and players? Neither the players nor the GM have a game if the other half of the equation isn’t there, so it’s in everyone’s best interest to figure this balance out.

Ultimately, roleplaying games are a collaborative hobby.Â  Bring out the best in both the players and the GM and your game will be an amazing thing you and everyone else at the table will be talking about for a very long time.

What are your experiences with finding the balance between the GM’s fun and the player’s fun? I’d love to hear your stories.

1 Response to Whose Game Is It Anyway?