A continuation of last month’s article, where we took some maps, turned the one of Italy and the Mediterranean sideways, and created coastal outlines for a summertime world-building exercise.

Geographically, that means establishing borders. You’ll often hear that natural landforms are definitive for borders. In some cases, that is true. Rivers, mountains, deserts — they all can be demarcation lines for nations. That is often the case, if during your world’s history, two diplomats at a negotiation table hammered out peace treaty plans. “You get everything east of the canyon, we’ll take everything west. Sound good? Excellent. Open that bottle of wine and let’s celebrate.” 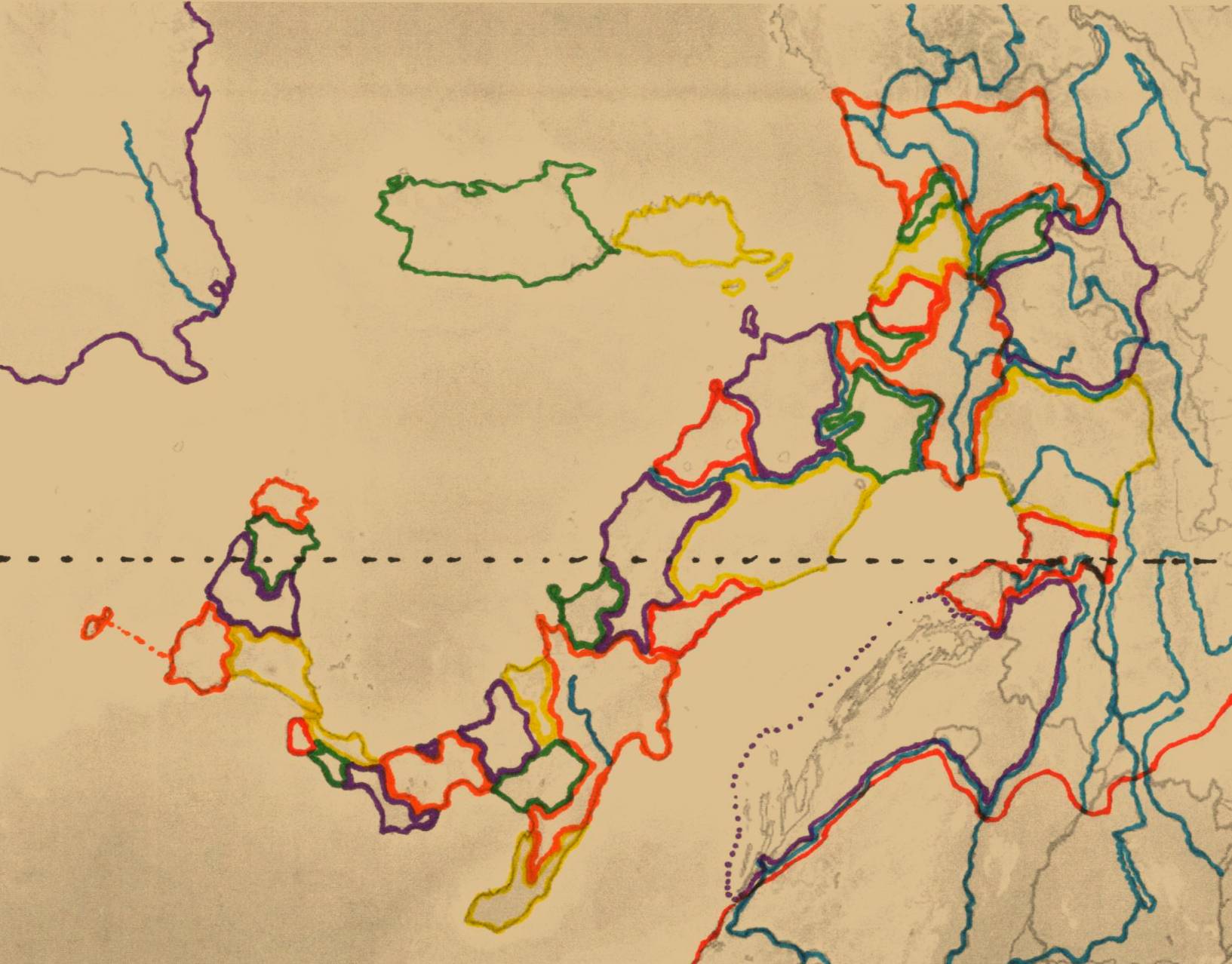 A map that only has natural landforms as boundaries never quite looks right, however. There’s always more to it than that. Perhaps invading armies went so far, stopped at a defensible point, such as a castle; then either waited for their supply lines to catch up or got pushed back by another army, until finally, someone in charge said, “That’s it, we’re planting the flag here.”

Check out this historical atlas of Europe.  The shape and definition of borders are flexible. They ebb and flow as time, climate, and economic and military conditions change.  Coalitions and confederations dissolve. Alliances form and reform. Empires of economic might and martial prowess emerge. Domestic politics and economic conditions, not to mention disease, all affect stability. Or, more plainly, governments fall.  Dominance, history has proved, is fleeting.

Two things to keep in mind, as your world-building continues, is that regardless of lines on a map, a nation’s “true border” only extends as far as it can 1) project power and reasonably enforce, 2) what neighboring political entities will respect.

Our example map of a peninsula-styled continent, for instance, has many coastal nations. Once we reach the stage of putting dots for cities, I’ll adopt a “points of light” model.  Many will be city-states with a maritime flavor, but beyond being able to protect a key trade road, most of the territory beyond the city-state will be wilderness. There might be pockets of organized agriculture — plantations and farming enclaves — but these will be the exception.

For fantasy adventure and exploration to flourish, there needs to be an untamed wilderness. If you need this map for political campaigns — a “game of thrones” game of intrigue and ambition, the wilderness serves as a place from where invading forces coalesce or where armies clash.

Rather than let this devolve into geopolitics with a dash of sociology, I’d say there are enough variables at work that there is no “wrong” way to set borders. Its arbitrary. Let your map reflect that. The “now” has history behind it.  The location of a river might be more valuable than a network of roads. A national border might simply be the traditional range of grazing cattle or the growing region for a cash crop. The families that are good stewards might end up being kings by virtue of their holdings; feudal systems, ultimately, reward those who manage the land well. Or, perhaps, rulers rise on other factors, such as they are better at raising armies and winning battles than their predecessor. Or maybe, it’s the converse, they are just smart enough to raise defenses that will withstand any attack or seige.

Let these things percolate in your mind as you start carving up your fantasy map and placing nations and city-states here and there.