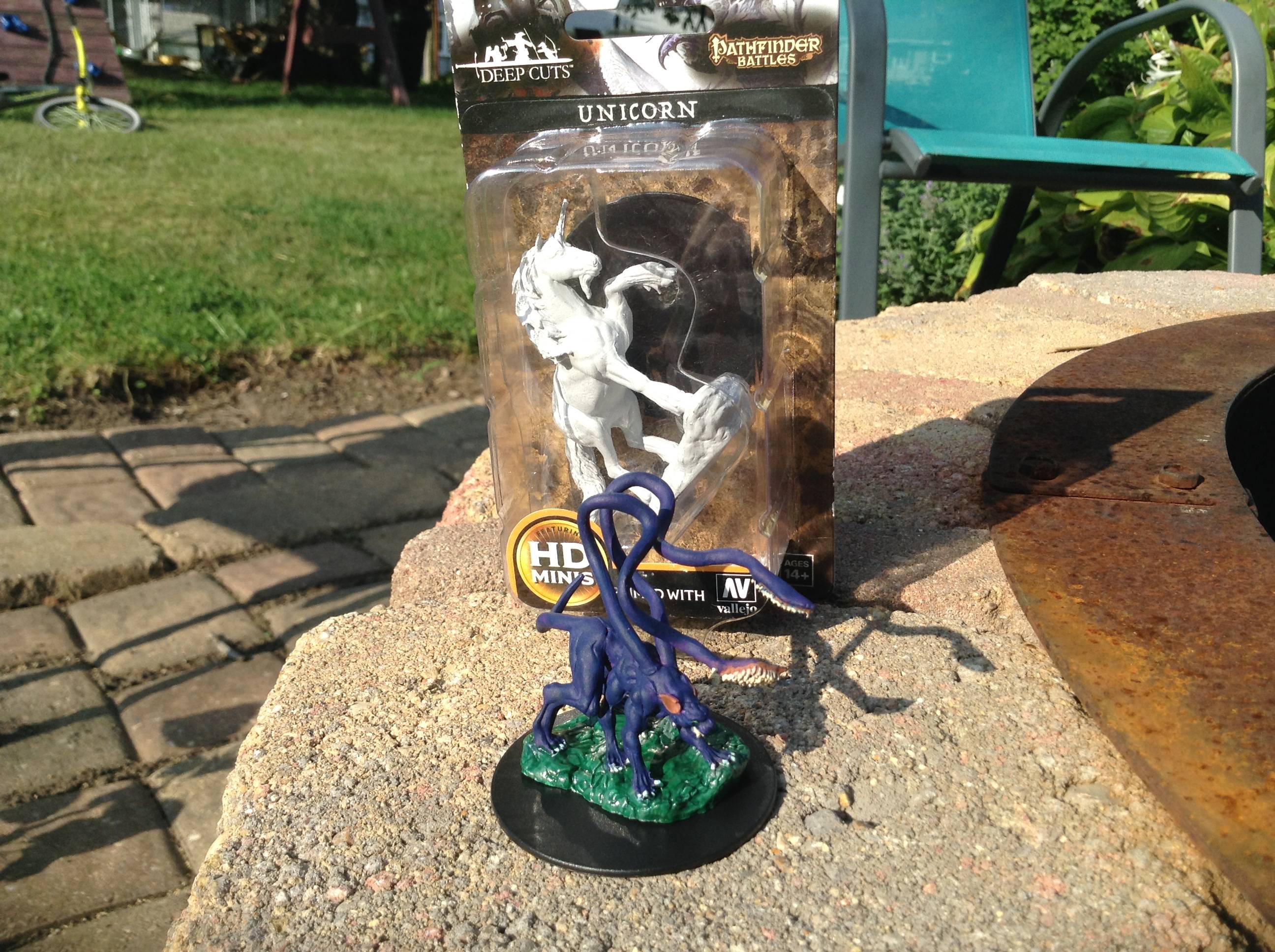 I’m kicking back during a few days of summer vacation. As I sit by my backyard firepit, I was thinking of gaming-related things I’ve been enjoying that I thought I would share. Here they are:

I pride myself on staying current on gaming items in the d20 sphere, but I was unaware that a series of audio dramatizations for the Pathfinder Roleplaying Game existed until I stumbled across them in a search of my local library’s digital offerings. 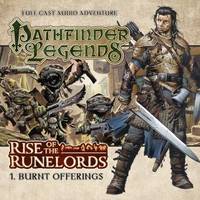 After listening to two of them, I can say they are quite a treat.

Pathfinder Legends are hour-plus long dramatizations of Adventure Paths come to life using the Paizo Iconics as characters.  Like the Adventure Paths themselves, each episode stands for an installment of the game books. The voice actors and production values are professional, and the adaptations faithful to the source material.  So far, I’ve listened to two episodes in the Rise of the Runelords series, “Burnt Offerings” and “The Skinsaw Murders.”

I’m certainly looking forward to the third installment, “The Hook Mountain Massacre,” Nicolas Logue’s riff on “The Hills Have Eyes.”  Of particular interest, I can’t wait to see how the character of Mammy Graul is depicted.

The audio dramas are produced and sold by Big Finish Audio, a company responsible for producing a wide range of BBC-licensed Doctor Who audio dramas, often featuring actors Peter Davidson, Sylvester McCoy and Tom Baker reprising their most famous role.

Life of the Party: Realities of an RPGer

Travis Hanson, illustrator of the comic series “Bean”, has created a series of single-panel comic strips. Each one is a delightfully humorous take on the intersection of playing rpgs, and the archetypal fantasy characters. 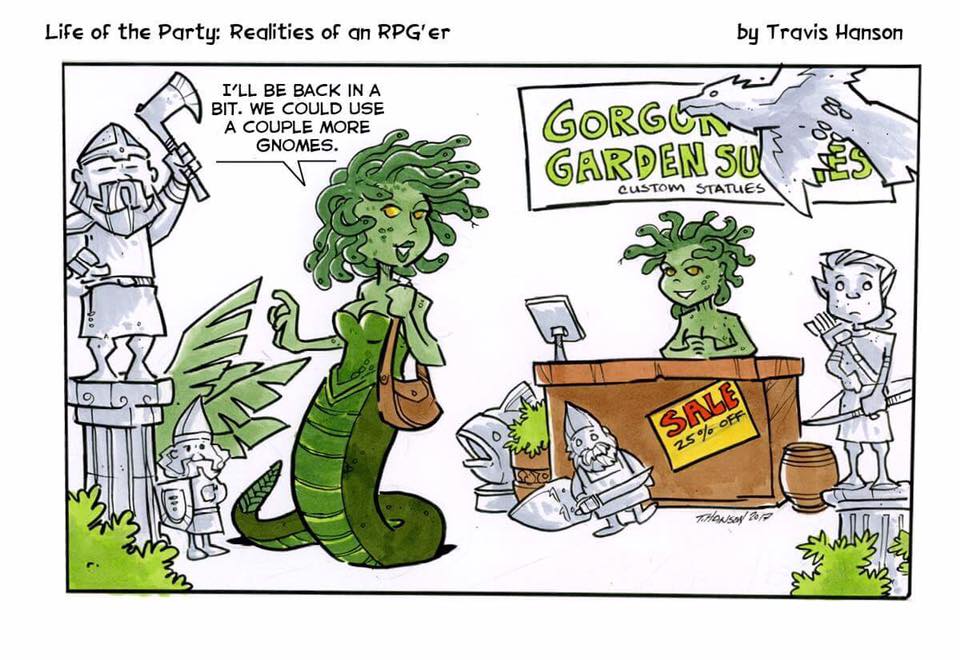 “Once an avid gamer himself Travis took his love of adventure and some of the unique and wild situations he found himself in and created a daily comic.  Come join, share, laugh and maybe cry at his imagination, the adventurers and the magic of something that many us deal with when we play games.”

The strips were compiled into a book for fans supported by a Kickstarter that went out to backers in June.

“Life of the Party” has become a daily destination, a daily laugh. Hanson clearly captures the spirit of gamers, their foibles and fun as they navigate the incongruities of rules and player interactions.

It did my heart glad to see Nolzur’s Marvelous Miniatures win a Silver ENnie award at this year’s Gen Con. Reaper has certainly done a stellar job of providing affordable unpainted miniatures, something those of love to paint truly appreciate. But when the mainstay companies of fantasy roleplaying games — Wizards of the Coast and Paizo — give unpainted minis a little love it is noteworthy.

With both Nolzur’s and Pathfinder Battles Deep Cuts, WizKids has produced two companion lines of quality unpainted miniatures. I am particularly keen on the displacer beast and unicorn sculpts.  The inclusion of two figs in a blister for the player character class sculpts, showing two versions of the hero’s progress,  is also a nice touch.

The figs also come already primed. Open the blister and start painting. That’s sure to encourage more painting, removing one of the hurdles to working with unpainted sets.