Troy’s Crock Pot: A World of Superstition and Fear 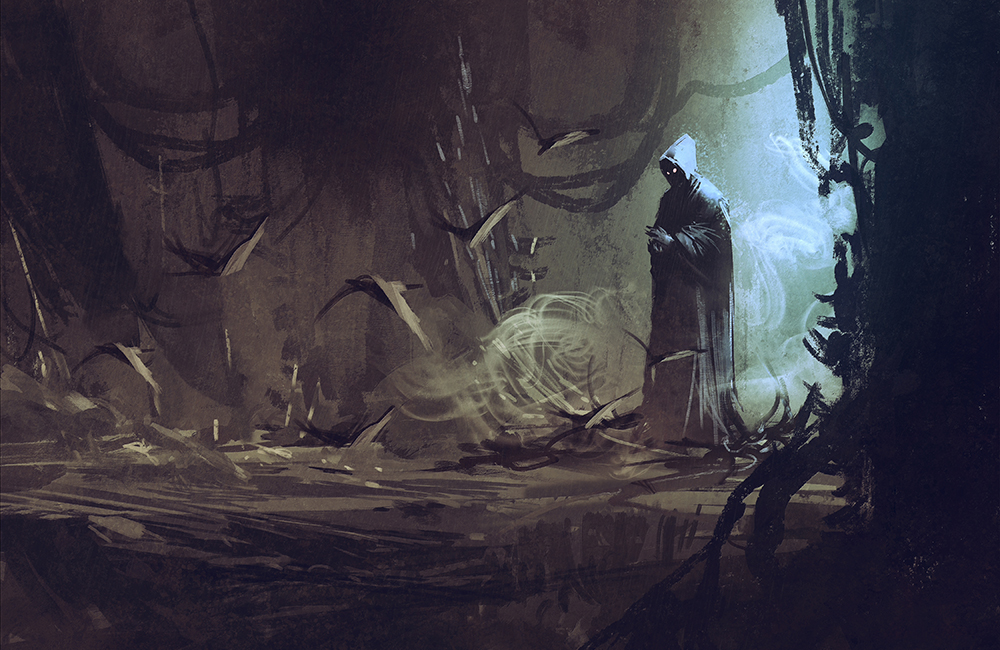 Ordinary folk – be they commoner or king – know that to meddle with the supernatural is to invite disaster into their lives. Â

It’s a mindset – a social norm, if you will – that gamemasters should consider emphasizing in their fantasy world-building and adventure presentation.

It is perhaps the simplest approach to generate agency from the players for their characters. It’s not about elaborate hooks or deeply woven intrigues.Â

It’s more about presenting a world in which heroic action is the answer to superstition and fear.

Adventurers are among the few who are bold enough to seek out wickedness and woe – and confront the evils of the age.Â

Yes, its partly to snag shares of loot.Â

But it’s also because anyone with a lick of sense and self-preservation would not subject themselves to the same.Â

When you convey information in-game as a GM, find occasions to emphasize some or all of the following:Â

–Â A twisted fate awaits those who step outside prescribed routines.Â

– Going beyond the boundaries of one’s locale must be done with trepidation – and is seldom warranted. Their own backyards are dangerous enough.Â  How much more risky is the wilderness beyond?Â

–Â Even people who are rational or enlightened, or those such as merchants, masons, diplomats and troubadours whose livelihood requires travel, weigh such risks.Â

–Â Roads are usually no more than cart paths. Highway bandits abound. So too are the desperate and the disease-ridden. Take every precaution against running afoul of local tyrants and their lackeys. Â

– Monsters, haunts and mystical glamours can devour, entrap and confound even the most wary of travelers. Against these there is no defense – for even a legendary talisman might offer protection against one, but not all, predators.

– Many of the ruins and abandoned strongholds of the world are not secret places. Locals are well aware there is a crumbling fortress a league away. They can tell you that such-and-such a place is a meeting grounds for a mystery cult (and which of their neighbors are adherents). Â

The villains, crime lords and kingpins are part of this backdrop. In common parlance, bad men hold the levers of power and must be brought to heel.

As grizzled Chicago cop Malone tells Treasury officer Eliot Ness in the film “The Untouchables”: “Mr. Ness, everybody knows where the booze is. The problem isn’t finding it, the problem is who wants to cross Capone.”

That’s why the world needs glory-seeking adventurers. They, alone, dare to deal with such evil-doers.Â  But like the adventure locales, the black-hearted wizards and warriors in the vicinity can be pointed out.Â

Everyone knows where Castle Grayskull is – it’s a matter of daring to go there.

What’s the biggest gain from this approach? It gives the adventurers a compass point in their quests. Table time is saved. There is no need to “find” an adventure. That means that game time can be devoted to the encounters and situations that challenge the players and provide the fun.Â