A Treasure Vault mechanic for your game 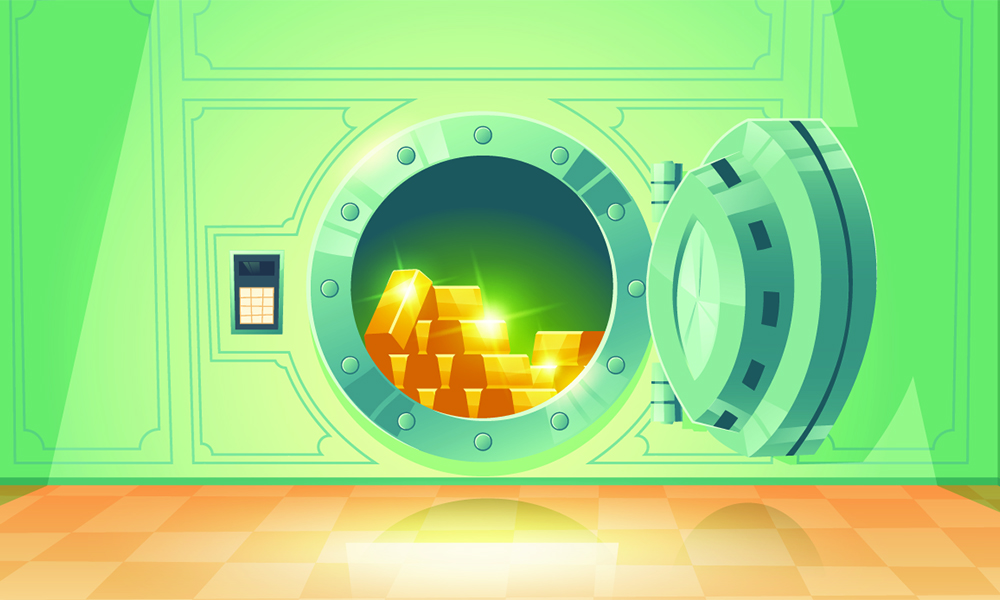 As I keep planning my next campaign that will probably have the player characters be the leaders of a mercenary company, I’ve been taking a huge amount of inspiration from Matt Colville’s The Chain of Acheron campaign. Matt had an abstract way of handling big sums of money that I quite like. By misremembering how it worked, I ended up creating some sort of hack from his system that even though it is not tested, I wanted to share with you!

When looking for Matt’s “Treasury” mechanic as he calls it, I found no more than Matt’s own comment about it:

“Nah I wrote most of it down somewhere but I haven’t printed it out. It’s basically the same as a million Wealth mechanics from previous RPGs.”

How does my own version work then? Taking inspiration from Powered by the Apocalypse games and Ironsworn, I wanted to keep the amount of money abstract and make rolls to see if you have enough for what you are attempting to buy. However, it wouldn’t make sense to fail a roll trying to see if you have enough money to buy a horse when the king just offered you thousands of gold pieces. Then how is it that this mechanic works?

The moment your player group starts having a substantial amount of wealth you can decide to change to the treasure vault mechanic. This is used to have a way of abstracting the money for easier tracking and create the illusion of power. The higher your treasure vault the richer you are, and you don’t need anything more than simple math to do this.

How does it work? We will use a die to represent how much wealth you have: a d10. I recommend having a big die you can place somewhere for everyone at the table to see, but you can write down your wealth value if you like. The first time the player characters receive a big sum of money, you can decide to start using this ruling and place the d10 with the number 1 facing upwards (or two if it is a huge amount, like a king’s offering). When the GM determines the sum of money the PCs get from a mission or as a reward is too big to track, the GM can decide the players increment the Treasure Vault dice by one. This number isn’t supposed to be able to be higher than 10, thus the dice chosen for the mechanic. Having a 10 in the Treasure Vault should be equivalent to having pretty much all the money from the galaxy/world. Notice that this mechanic isn’t made to replace the usual way money works in your system, as smaller amounts of money shouldn’t be considered part of the Treasure Vault.

What do the rolls mean?

In order to maintain this system as simple and abstract as possible, I don’t specify in detail what a success, a partial success, or a failure means. Succeeding even though you didn’t have the money might mean that maybe a mysterious person dropped a few extra coins in your vault, a noble decided to help the characters, or the seller was just really too fond of the characters and decided to lower the price a bit. A partial success might mean that buying the boat for a lower price will mean doing a favor for the seller, that you caught someone’s attention by doing the transaction who will become a problem in the future, or maybe it means that whatever you bought doesn’t work exactly as stated. Finally, failing might mean that someone stole from your treasure vault without you noticing, that the seller decided not to sell you the item, or just plainly that you don’t have enough money.

These results exist to create drama and/or new adventure hooks. Finding out that part of your credits were stolen might make the party go search for whoever may have it and take revenge. Additionally, this system leaves the results of the rolls open-ended so both the GM and players can come up with reasons why they succeeded in the check or failed at it, creating in collaboration a better story that everyone is interested in.

As an optional rule, you can decide to add in critical transactions to the mechanic. When you roll two d10s that are equal and lower than your Treasure Vault die, then you scored a critical success. Alternatively, having two d10s with the same result higher than your Treasure Vault die means you scored a critical failure. A critical success means you succeeded in getting what you were attempting to buy, and you gain an extra benefit. Maybe the ship seller is a big fan of your player characters’ party and decides to give you two freebie repairings to your boat in the future. A critical failure might mean that the seller not only didn’t sell you their ware, but also disliked the party and gave information about them to a local mafia boss. The GM may decide not to tell the players what the critical means if they want to create some tension.

The GM may determine that the way the players approached the agreement with the seller was good enough to get a little bonus to their roll. A Charisma check, being persuasive, menacing or pulling some strings on the seller might make the players get this benefit. If the GM believes the player characters would have an easier time buying or investing in something, they may allow the players to get a reroll of one of their d10s, or give a -1 to one of their d10 rolls. Alternatively, the GM may allow the players to decide which benefit of the two they want after rolling. This in a way symbolizes bargaining with the seller for a lower price.

Alternatively, the GM can determine that the player characters approached the negotiation in a terrible way, meaning they would get a disadvantage. This means they roll 3d10 instead of 2 and stay with the higher two. This can also happen if the PCs had their reputation lowered recently or if they lost some money in some way recently.

How much does the die go down after a transaction? Is there a stated number? Since this is an abstract system there is no right answer, leaving it up to the GM to decide. Having 3 in your Treasure Vault die in a futuristic game in which you travel across numerous galaxies might mean a completely different amount of money than a Victorian seafaring pirate adventure. This might mean that buying an airship might reduce the Treasure Dice value by 2, and buying a castle in a medieval setting might make it go down by 5.

But wait!! What happens if the PCs want to exploit the system and manage to get a castle when their Treasure Vault dice is 3 and they score 2 2s in their d10s? Firstly, this system is not perfect and requires a GM to rule if the players truly can’t buy what they are after.  If the players decide they can attempt to do that though, and they manage to succeed (against all odds!), then this can create a fun brainstorming time in which the GM and players decide how it was that they managed to buy the castle even though they didn’t have enough money for it. Maybe they did something to make the Baron that lived in it go bankrupt, or a greater force scared the Baron enough to leave the country, selling everything they had.

Where is the money?

Having such a big amount of money means the PCs can’t carry it with them. They need to store it in a bank, or somewhere else! This creates a whole new problem the players have to solve, which can create interesting story beats. Storing the money in a bank means that the evil ruler may get hold of their money at any time. In contrast, the player characters may decide to create their own suburban lair to store it, which means someone may notice the player characters going there to fetch some money, maybe some rival who has been following them for some time. A caravan or sealed cart may work as well, but that does draw a lot of attention, doesn’t it?

What do you think of the Treasure Vault system? Would you implement it in your games? Is there something you think won’t work or you would change? Let me know in the comments below!!

If you did try out similar systems or did try out mine, please tell me all about it as well! I always look forward to reading your stories 🙂

This post is brought to you by our wonderful patron Samwise Crider, supporting us since December 2020! Thanks for helping us keep the stew fires going! 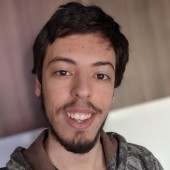