The Tools of Engagement 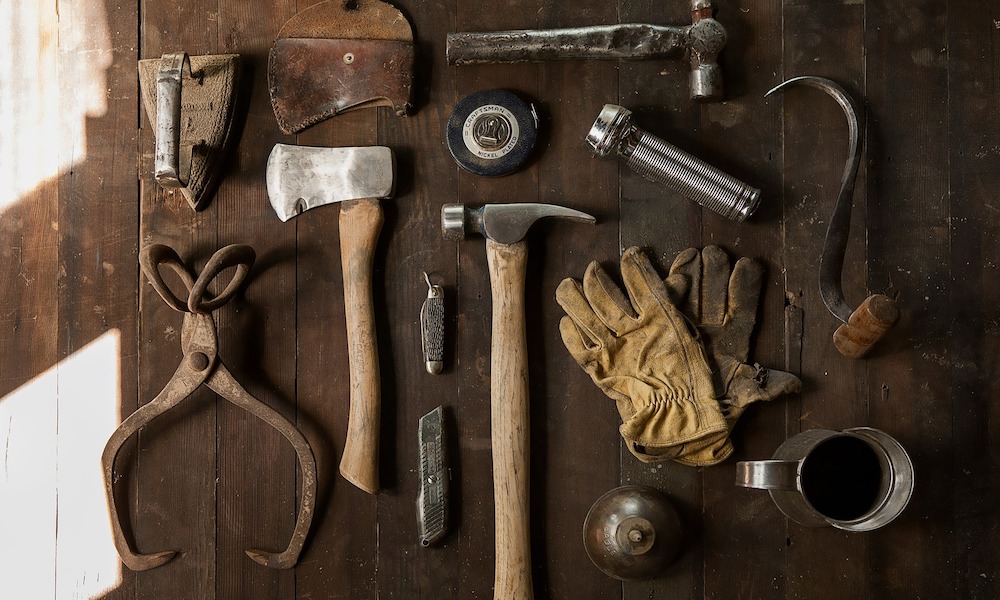 With everything digital right now as we social distance, it’s hard to lose the physical aspects of gaming. From the roll of physical dice to the tweaking and painting of minis, shared tactile map drawing, and the creation of game artifacts, we enjoy the accoutrements of gaming from a purely physical, sometimes collector perspective. We can get custom individually molded dice, dice carved from semi precious and precious gems and metals, carved, 3D printed, any way that you can make a cube we can get one, and we love them! Painting minis or drawing maps or creating props are ways that we can engage in the game and the experience even away from the table. We can get official and unofficial tokens in cardboard, plastic, or metal; laser engraved or cut or molded. It’s nice to have nice tools to play with. Having good tools is one way that you can encourage yourself to remain invested in a game or a story, or to invest more.Â 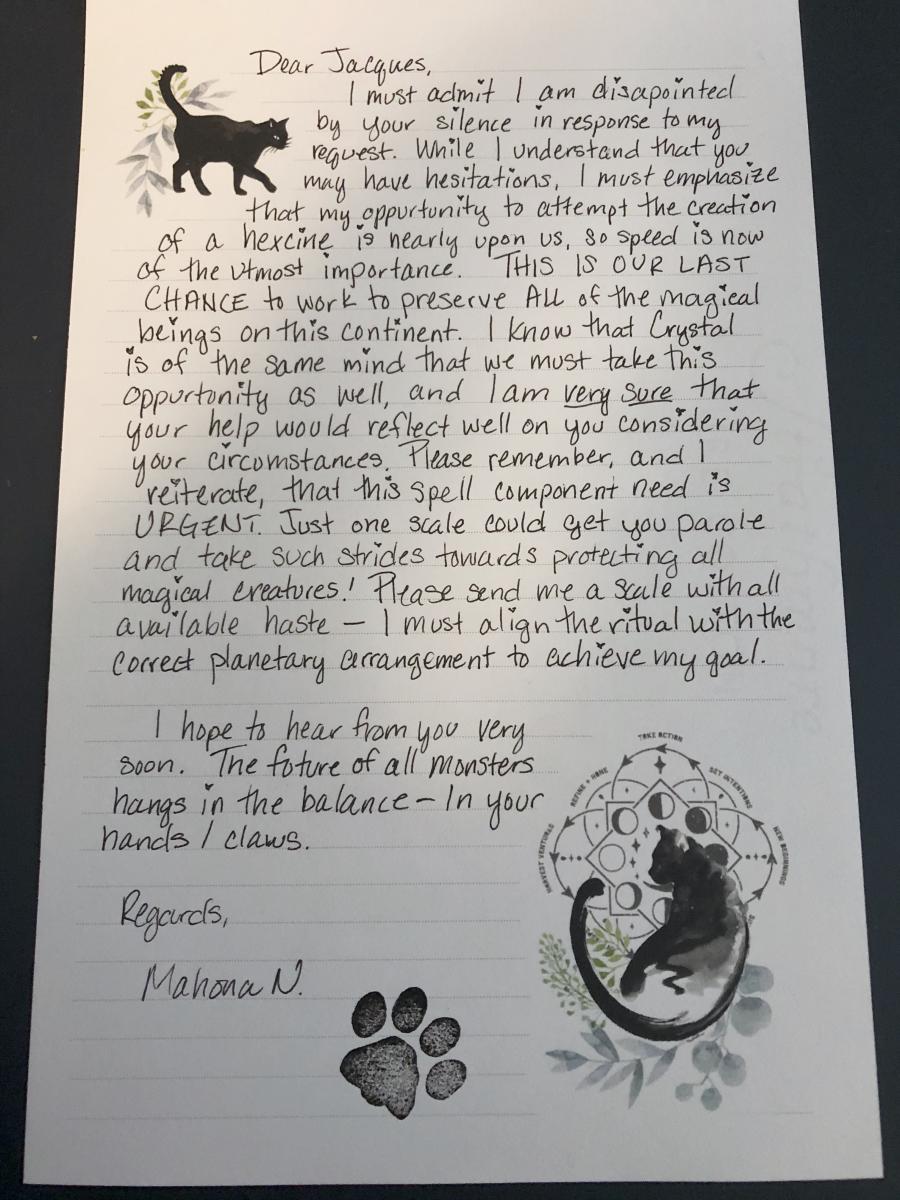 Why did I last longer than my compatriots, writing them cajoling letters begging for ritualistic supplies only their characters could provide, for so much longer than the game truly persisted? I think the answer lies in the tools I created to interact with the game. In and of itself, letter writing is a single person activity. While we were all excited about the world, I was also excited to have an outlet for creativity in expressing my character, and I got myself an array of reasonably priced paraphernalia to assist me.

Who was my character? A cat. She didn’t write the letters herself; she dictated them. Clearly, I needed a pawprint for a signature. One stamp and ink pad later, problem solved. I also discovered that for a cat witch and her familiar, none of my cutesy stationery felt appropriate. I cruised Etsy, considering investing in all kinds of things, but in the end I designed my own two alternating sheets of cat and crystals and got them printed on nice paper at Office Depot. I picked up sealing wax and a couple of seals that matched my stationary. I had a great time not only writing the letters in character, but going as extra as I could in wrapping them and sealing them. The tools themselves kept me engaged.

Before I go further I have to pause to acknowledge I write this from the perspective of some economic privilege. It’s okay for me to drop $20-$30 on supplies for a game I’m excited about when the need (or the desire) arises. You can adjust this based on your financial situation, even if it just means going through things you already have to see what items will work for you in a specific circumstance. Specifically selecting and naming something you’ve already got — a dice set, a pen, a notebook — as being for this game, orÂ this character, can still accomplish a lot. My next foray into specific tools also involved specific purchases, but yours might mean deciding which notebook is calling to you; adding a special bookmark or tab to get you to the right place, and deciding which pencil or pen is going to go with a specific game for note taking or active play. It might mean a fresh coat of paint on an old mini or recycling cardboard to make new map parts or monsters. I absolutely reskin things I’ve already got to repurpose them — folders have been collaged to reflect the feeling I want from the game whose character sheets they store, or I spend time designing my own cheat sheets or character sheets just for me. There are many ways to create digital and physical objects that you want to interact with, and in the end that’s what we’re really talking about: holding space for your game by being excited to interact with the tools.Â 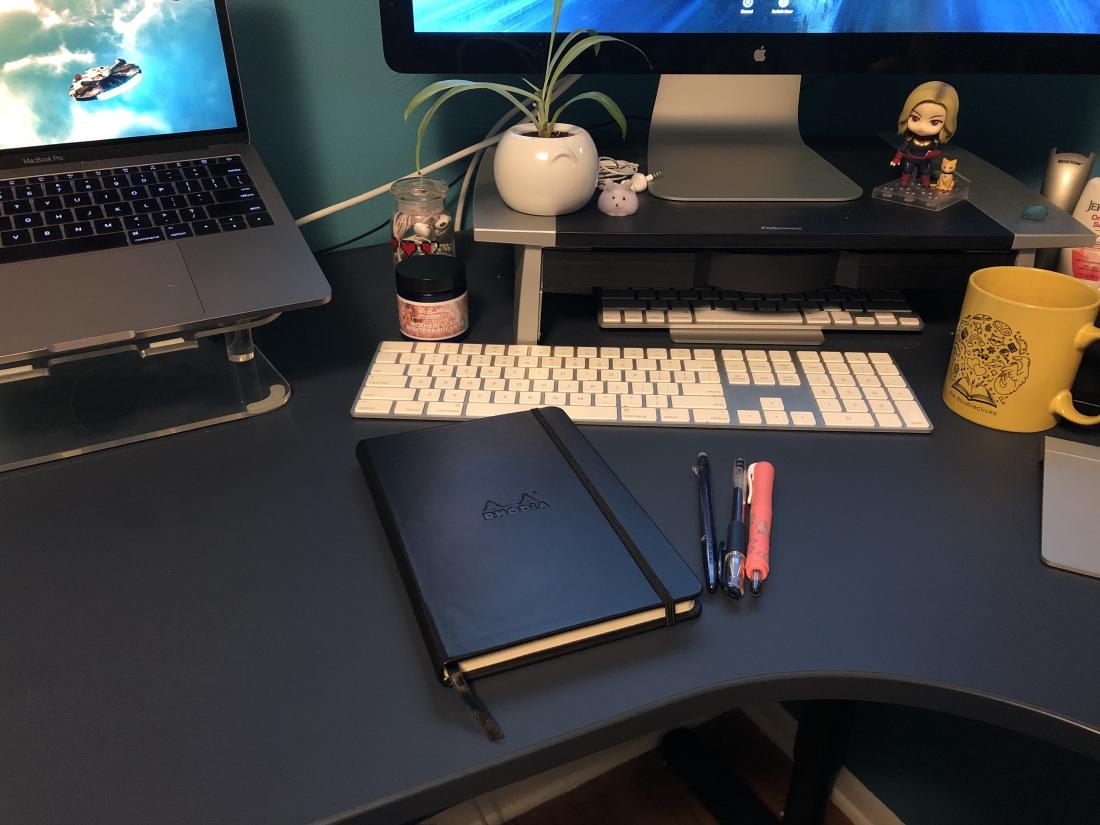 Today, I’m having a mini unboxing because I put in an order with the veryÂ cool stationery company jetpens.com for a nice notebook with smooth clean paper and several fine tip gel pen choices. They’re here because a month ago I backed Jeeyon Shim and Shing Yin Khor’s new solo game Field Guide To Memory, and I am caught up in the idea of having a notebook not only to play it in, but to have as an artifact of my experience when the game is done. I’m hoping it becomes a book full of notes, story, sketches, references, bits and bobs. I’m so excited to create this! And let’s be honest, I spent far too much time picking out the things I wanted to make it work. These were my picks — wanted it to be nice to write on, more flexible than lines or a grid, and to feel field notebook-y without me worrying that it’ll get beaten up later.Â 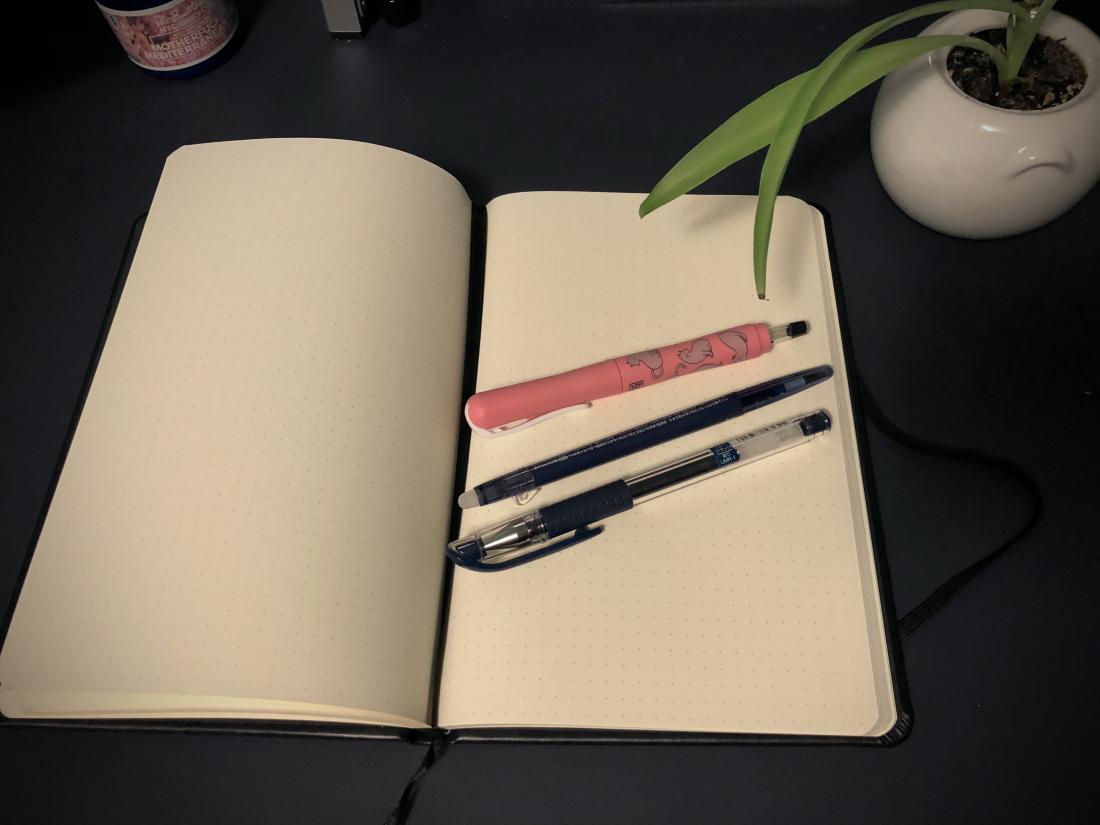 I want to be able to draw and pin in little snippets of cryptozoology that are fascinating later. I want to be able to make this notebook messy, and still have it maintain the veneer of a put together person tracking all these lines of thought.
Maybe I’ll use the notebook for more after — after all, I don’t know how much space this particular game will take. But I’m not going to be shy about using pages and spaces.Â

I am definitely spending more time and thought cycles on the physical tools of play while I can’t be in the same physical space as my game group. Because the distance adds a social challenge, the last thing I want is annoyance or challenge from the rest of my tools. I want to enjoy using them, and enjoy what they bring to my game. That goes for digital tools too, really — but I find myself craving the true hard edges of dice, the feel of nice paper, and the real, tactile interaction of non-digital play aids as a foil to my actual online play. So go forth and treat yourself! It’s worth the extra engagement when zoom fatigue tires you out or internet hiccups slow you down.Â

Have you found that your relationship to gaming accessories or tools has changed during the pandemic? What is one favorite accessory you have added or upgraded to your tools?

1 Response to The Tools of Engagement