The Ties That Bind 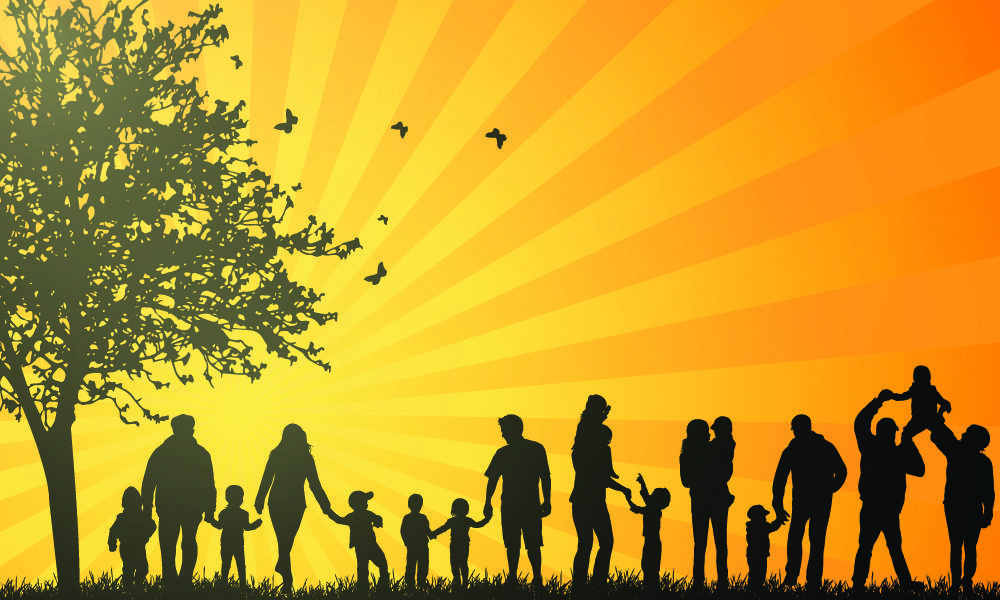 Family can mean so many combinations. Mix it up a little.

There sure are a lot of orphans in roleplaying games.

From the brooding warrior with no ties to hold her back to the super skilled agent with a family lost to tragedy, it’s very common to find a table full of characters that have no family ties. Sometimes you’re lucky if any of them have any connection at all to anyone outside of the scope of the game. It’s a trope that many players fall into and if you’re not careful, your game’s PCs could represent a vast wasteland of loneliness and isolation.

When I started thinking about writing this article, I considered the six PCs in my Eberron (Pathfinder) game. They each have a pretty rich history, but four of them are still orphans. The Gunslinger was an abandoned infant taken in by a Lyrandar family in Stormhome. The Oracle’s family was slaughtered in the Demon Wastes by cultists that sought to enslave his powers. The Fighter’s merchant parents were casualties of the Last War leaving her to grow up on the streets of Sharn. The Wizard does have a brother, but their parents were also killed during the Last War. The only two characters with any significant family still around are the Witch and the Cavalier. All of these backgrounds make sense for the characters and the world they’re playing in, but it’s still a significant number of orphans.

Family is complicated and messy and can make the game world so much more real and interesting for your character.

It really is an easy trope for players to latch onto when creating their characters, and I am certainly not innocent of doing this for my characters. My Jedi in our FFG Star Wars game was a young Padawan on her way to Coruscant when she barely escaped Order 66, forcing her to live as a street urchin. The loss of family or loved ones can be a good catalyst to explain why a character started adventuring or fighting whatever evil lies at the heart of the game being played. At the very least, it can help explain why a character would be willing to give up the creature comforts of home and go on an adventure. If you’ve got nothing you care about at home, or even no home, there’s nothing left to lose.

It’s a reasonable choice, but it skips the rich opportunities having a family can present for your character. While it can provide some simple motivations behind a character, there is a lot to be said for having someone or something to fight for. Rather than doing it because you’ve got nothing left to lose, you could be doing it to ensure the safety of a parent, a sibling, a lover, a child. Family doesn’t have to be limited to blood relations either. Many of us can name friends that might as well be family, people that we would do anything for. Consider creating the same for your character. Family is complicated and messy and can make the game world so much more real and interesting for your character.

How have your players handled creating family ties in your games? Or, if you’re a player, when have you had family used well? I’d love to hear your stories on how your games made use of extended relationships like these.

6 Responses to The Ties That Bind