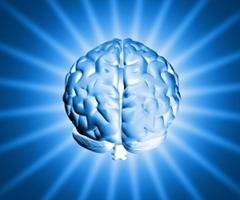 The smart villain is a common GMing problem.Â  How do you portray a person who’s smarter than you? And because we’re talking about games of imagination we’re not even talking about people like Steven Hawking or Marilyn Vos Savant: we’re talking about entities beyond the limit of human intelligences; dragons, alien intellects, super villains, mad AIs, godlings, and the like, and regardless if what Benson’s says about your brainpower is true or not, you’re just not THAT smart. So the best thing you can do toÂ  portray one of these beings is to have your smart villain do or have done the smartest things possible to defend themselves.

In some settings there are enough super smart entities around, all covetous of each others’ resources, position, etc… that collectively they’re in a tense stalemate unable to move overtly against each other without exposing themselves to the machinations of others, thus relying on lesser pawns to make strikes at each other’s holdings or more rarely, each other. In these cases it’s critically important a smart villain does everything in their power possible to defend themselves from threats, since even a minor foe may be secretly backed by a rival power and a moment of weakness is all his rivals need to gain an edge. In this scenario, the tactics and strategies a smart villain should implement is a matter of cost and risk analysis. Sure, the lich that’s posing as a goodly lord could defend his castle with a burning moat of filth and skeletal sea serpents, but it’ll cost him dearly in terms of the goodwill of his subjects. Similarly the modern smart villain holding the Mayor’s office could secretly arm the street gangs near city hall with military hardware and keep vigilantes at bay, but the increase in violent crime would probably cost him reelection.

More commonly, it’s assumed that there are few enough of these super smart villains and a big enough world that each can fairly effortlessly gather large amounts of power influence and wealth without running afoul of one another.Â  Since they shouldn’t have to fear less intelligent threats, these smart villains are often more relaxed and take only the precautions that are easiest, or that particularly appeal to them. The most lazy or arrogant of these may do nothing at all. A swamp dragon may make good tactical use of the swampy terrain to execute hit and run tactics or drown his foes, or the rogue AI may infect electronic gadgets and weapons with nasty viruses.

The Smart Villain is a five part series detailing common tactics and strategies that a smart villain may have in place in the order PCs are most likely to interact with them.Â  Part 2 deals with the communities in which they’re found, Parts 3 and 4 discuss their habitats, and part 5 takes a look at their gear.