The Rambling Gnomes: How to Start a Side Game in the Shadow of an Epic Campaign 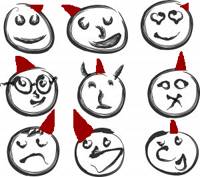 We got an email from Gnome Stew reader Cody Jones of gameonpodcast.com with this stumper of a question — one we hadn’t heard before.

Several of us responded, so we decided to start a new series called “The Rambling Gnomes” for Q&A posts where a bunch of us gnomes nibbled on the same question.

I have a question for you fine gnomes. I currently am blessed to play in a very-long running D&D game. I originally joined this game through the DM’s son in 1997 when I was 14 and have been playing ever since. All of my gaming friends play in it, and it is very much the central hub of our gaming group. The DM is a local minister and has been playing D&D since the beginning, and we even still play with the 1st Edition rules (not my favorite, but hey). He created his sprawling, homebrewed world of Protolon all of those many years ago, and that world is still played in despite moves, military assignments, and even a house fire – all through the last 30+ years. It is *the* weekly game for our group. Sounds great, right?

It’s almost too great, if that makes sense. A few of us have tried to run other games on the side (Rifts, Hollow Earth Expedition, etc.), but it’s just not as successful. Admittedly, I’ve always wanted that Friday night game where people come to my house every week and we play D&D in a game of my own. It’s been quite hard for anyone to get a game going since some folks either can’t commit to more than one night of gaming or Saturdays don’t work well for them. Friday night is the optimal night, and Protolon won’t move or be postponed – it is that much of a staple. I don’t blame the main game, but it definitely has the gaming monopoly with the group. If anything, I’m very jealous (in the best way possible).

So, how would you suggest getting a steady, weekly (or even bi-weekly) game going with this scenario? Thanks for your consideration. I loved your work on Treasure Tables and I’m really enjoying Gnome Stew.

In the order they replied, here’s what the gnomes had to say. Walt started us off:

Unfortunately, I don’t see much of a solution here beyond “maintain the status quo.”

Cody has stumbled onto something magical; a fun, long-running campaign that has kept the interest of a tight group of players for a long time, using a system that most of us old-schoolers cut our teeth on. His Friday game is as much a social event as it is a game, and everyone seems happy with it. There is really no need to compete with that, providing that Cody isn’t looking to leave it (and his words lead me to believe that he does not).

Most gamers, especially older gamers, simply can’t make time for more than one weekly session. In fact, among the gamers in my circle, it’s more common to rotate weeks for two games rather than accommodate two sessions a week. If forced to choose, gamers will obviously gravitate to the one that they’re most invested in (Protolon, in this case).

That said, I completely understand the desire to try different games and be able to host/run a game. My suggestion is to not compete with Protolon. Accept that it is the ongoing Friday game and concentrate on running short, irregular games around it when others can find the time. Maybe Cody’s friends can’t participate in a weekly Hollow Earth Expedition campaign, but they might be up for a four-session miniseries or a marathon Saturday game. Concentrate on running a good adventure, rather than developing an entire game. Even better, Cody could poll potential players as to what they’d like to try. He might find that four of his friends are really jonezing for some Shadowrunny goodness, and three nights of a good magical cyberpunk adventure might be just the ticket.

That said, it could be my own musk that I’m smelling. I’m thinking that an alternate weekday game might fit in, or even an alternate Sunday afternoon/evening game, depending on the target audience. If the game is good enough, it will attract its own crowd. Start small, with a 3-4 hour game so folks can get home on time, and you don’t draw the fire of significant others.

The downside of the scenario as presented is that it’s got to be stifling for aspiring GMs. On the upside, those aspiring souls may have a ready source of advice in the Reverend GM.

(Unsolicited aside: A minister running a game, especially a good game, is a Very Cool Thing. Let’s get past those silly stereotypes from the 80s.)

Scott picked up the thread:

My solution resembles Walt’s pretty closely. The only other things I can think of are:

1) Ask the current GM if he’d like a break, a chance to be a player for a while. If he feels obligated to run the game, asking might give him a chance to rest for a while and let you try GMing a short run of something else. That way you don’t have to worry about competing for that one night a week, and you’ll have the support of the current GM.

2) The much easier said than done– look around and see if there are other gamers who would love to play, who are not in an established group. Offer to run something for them– take advantage of player finders, meetups, etc. Since they’re not comitted on Fridays, your Saturday game might be perfect for them– and they’ll have Friday as date night, etc.

I don’t see a way– or a good reason– to wrest the group from Protolon. I suspect that successful alternatives will be rotating, much shorter games– people are getting their long term, in depth play itch scratched by Protolon. If Protolon dies naturally, you might step into its place– but there’s no good way to hurry that along.

If you advertise a new group, I suggest that you include a goal to differentiate it. I know that the “try experimental and indie games” goal for my second group helps keep them very distinct from the type of play I enjoy with my primary group.

And I wrapped us up:

I’d try two things. The first would be to pitch something dramatically different from 1e D&D system-wise, and dramatically different from Protolon in tone and feel. At least in my group, no matter how awesome the games we’re playing are, we’re always thinking about what we might try next — we like variety. I bet there are some folks in the Protolon group who would dig some variety as well.

The second thing would be to write off Friday and Saturday nights and go for Sunday afternoon or evening, or try a weeknight. With work the next morning, shorter sessions would be in order. Walt wrote a series of posts on how to run short sessions, starting with Short Sessions: How to Cope; I’d start there.

You might also consider offering a non-steady game on a steady night, if that makes sense. So rathee than a second potentially never-ending ongoing campaign (like Protolon), “your” game night is for one-shots, mini-campaigns, giving other GMs a chance to run something, experiments and oddball games. I don’t know if this will scratch your itch, but I thought it was worth mentioning.

That’s our take — how about you? What can Cody do to solve this problem?

Want the gnomes to answer a question or give you advice on a specific GMing topic? Dive into the Suggestion Pot or shoot us an email.

7 Responses to The Rambling Gnomes: How to Start a Side Game in the Shadow of an Epic Campaign