The Stew’s own Kurt “Telas” Schneider uses a cigar box instead of a GMing screen, and I decided to try that myself when I started my current campaign. Six months later, what do I think of it?

I love it, and I’d recommend it to any GM. 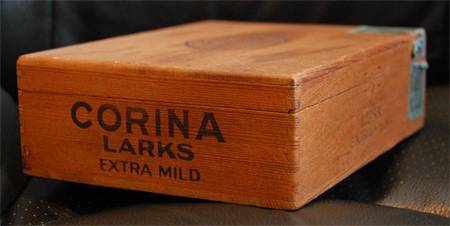 Why a cigar box instead of screen?

I love GMing screens. I’m a lifelong fan with numerous screens in my collection, and I used to consider them a 100% essential part of my arsenal.

But you know what? They have downsides, too. Most notably, for me, they reduce the feeling of intimacy that a screen-less gaming table provides.

Not hur hur hur intimacy, but the feeling of a connection between GM and players — which can be a powerful part of the gaming experience on both sides of the equation.

Ditch the screen, set a cigar box off to one side, and the intimacy returns — but you don’t sacrifice one of the biggest benefit of a screen: the ability to hide die rolls. I like to make some rolls in the open, and others out of my players’ view, and the cigar box gives me a great way to do that.

(If I had elaborate adventure notes to hide, as well, I might still be using a screen — but going digital for this campaign has abrogated 99% of my need for paper of any kind.)

OK, but why a cigar box, specifically?

Simple: they’re cheap, durable, and give you a portable die-roll-hiding device that’s much better than cupping your hand and rolling behind that, and that works just as well as a GMing screen for this purpose.

You need one with a hinged lid, so that you can raise the lid and roll inside the box without your players seeing what you roll. It can be cardboard or wood, though I much prefer wood for aesthetic and durability reasons, and it should be deep enough to avoid dice bouncing out and to ensure that a sideways glance won’t spot a die roll.

Many smoke shops throw away their cigar boxes, and will give one to you for free just for asking; others will sell them to you cheaply. I bought mine on Etsy for about $12, and it’s held up great through several months of gaming.

I poked around quite a bit before settling on this cigar box, which has a lot going for it: it features my daughter’s name, Lark; it has character, being around 30-40 years old; and it’s hinged, deep, wooden, and has a much smaller footprint than many cigar boxes. 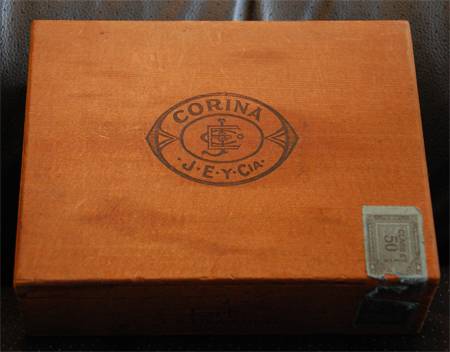 I modified it with a sheet of self-stick felt, which ran me $2 at the craft store. I added a lining to the interior bottom to cut down on dice noise: 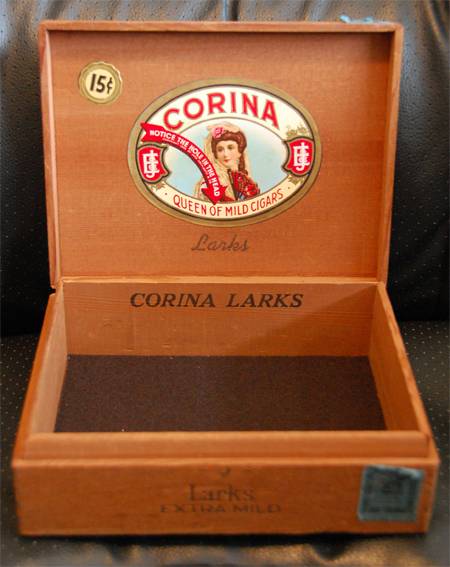 …and four little feet to the underside so that it wouldn’t scrape around on the table: 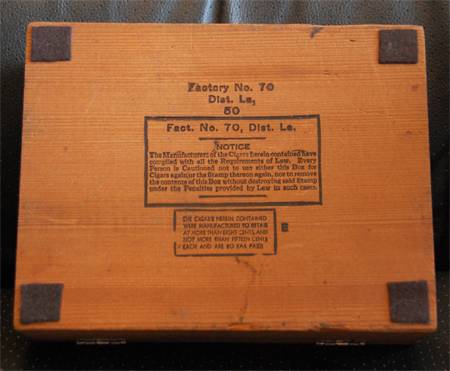 It’s worked great for me so far, and I don’t have any plans to start using a screen again — I love my cigar box “screen” that much, and if you’ve never tried this particular GMing tool, I recommend giving it a shot.