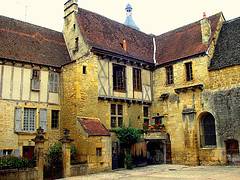 Your new campaign starts in a few hours, and you haven’t done half of the prep you’d planned to. How do you knock out the important bits in the time that’s left? Don’t Panic! No one ever has much prep done as they’d like– you’re just experiencing an extreme version of that common situation.

Many wise authors, source book writers, and posters strongly suggest that you not waste your time working up beautiful maps and histories in advance. Let’s get down to brass tacks…

The characters need to have some reason to be together. You could run individual preludes for each of character, start the game in the bar, or have everyone work for the same employer. If none of those appeal to you, turn it into a question: ask the players how their characters all know each other. Throw in relationship ideas and twists based on your world and you’ll come up with great ties in no-time. Magesto has advice on other ways to gather PCs. For a group character creation session (a great way to harness everyone’s creativity), see Martin’s More is Better PDF. 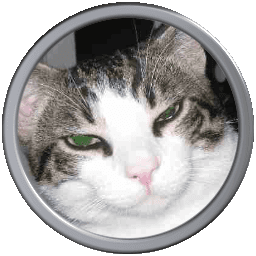 Stat as much as you need to in order to feel comfortable. Be ready to improvise when the players do something wacky. They always do something you’re not ready for, no matter how much you prep.
Example: Duke Francis. You might not expect the PCs to get in a conflict with someone so much more powerful than they are… which is exactly when they do so! Or maybe they just decide that it’s time to negotiate a better pay rate, or bluff him. How to handle it when you have nothing prepped?
For 4e:

For any other system, you use the same process. Grab a “close enough” character– a mall cop can be a policeman with -1 to his athletics checks, or a corporate mogul can use the skills of an “earnest reporter”– with new different personality and some wealth, he’s ready to go.

There are several good approaches to a night’s adventure and they mix well. Villain spawned adventures are about bad people with a plan who act, spurring the PCs to oppose them. Task adventures are about an NPC (or a PC) with a necessary mission that requires some effort to accomplish. Intrigue adventures involve the PCs navigating factions, finding common ground, building alliances, and engaging their rivals. Each has a different approach listed below– but remember, mixing and matching is awesome. The heroes might start off on a task to recover a stolen idol, but when they reach the site, it’s already been looted. Recently. Tracking the thieves reveals that a villainous mastermind has his own plans for the idol…

Task Adventures: It’s rare that a player is ready to plan and act on the first night, before they’ve really experienced the setting. On the first night, it will probably be a patron, ally, or busybody hiring the PCs for a task. If you’re stuck for inspiration, Abulafia’s oracles and mission generators can give you an outline to fill. If you just want a kick start, look at the ten word adventures or random fantasy plots.

Villainous Plots: Adventures driven by a villain require a villainous plan, and often a villain. A tarot reading from the villain’s point of view can give you a basic structure to work from and develops the villain a little more. Which is important if she comes on screen during the adventure.

Intriguing Plots: Sometimes the adventure’s all in town. Other times, you just need some additional complexity for your town. Either way, putting the town in crisis or introducing competing factions can develop a town quickly.

If you want town to be more than a rest stop, you’ll probably want to build in some conflict. One easy approach is to run through the town with Levi’s broken places situation maker– now you can start hinting at the ills that need addressing. For a town full of intrigue, use his long knives worksheet.

You can also build factions together as a group, or solo. Give the whole community something that stands out and needs that link them to elsewhere. These needs can be the source of future adventures!

You don’t have to start with a talky scene, though some players like a chance to get a handle on their characters in a calmer setting. The alternative is to start in media res— in action. Think of it like a Bond movie, where the initial five minutes is action packed but you don’t know why yet.

Make the first fight easy. The players won’t know their abilities, and certainly won’t have enough experience with their character to see opportunities and set each other up. Soon enough they’ll be performing well above expectation.

For D&D: Pick an encounter group/pattern and fill with monsters as seems fitting. Asamor’s encounter planner ties in to DDi, so you can select, look at, and print the creatures you’ll be using. For D&D insiders, WotC’s Encounter Builder makes it easy to add creatures to an encounter– though I do miss the functionality Asamor’s adds by using encounter templates like Commander and Troops. Page 58 of the DMG has several additional encounter templates.

Terrain is tricky. While your first fight shouldn’t be too complex, it’s never too early to start making fights dynamic and providing attractive elements. Chris expands on Mike Mearl’s observations about exciting fights against solo monsters and suggests that most fights benefit from battlefield objects and hazards. The DMG has good advice on terrain for different monster types: artillery monsters love to keep a chasm between you and it, brutes love to keep you away from their fragile team members, and so on. Johnn’s combat hazards series, particularly the terrain article, provides lots of good advice and inspiration. The DMG2 has a great section, Creating Movement, that begins on page 58 and offers good advice, interesting terrain powers, and some sample encounters.

The easiest solution is to take an encounter from one of the published adventures and delves and just change the context. They’ve done the work– use it!

The first session sets the tone and expectations for the campaign. Don’t panic or over think it– but if you want a hack-fest, don’t make the players hunt around for their next fight. If you want intrigue, don’t have the night be straight up fights and bright colors. If skills are going important, call for skill rolls and challenges. 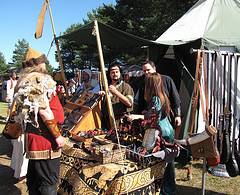 If you have more fights, be sure to mix up resistances and monster types so everyone can shine. Having everything be resistant to fire can make your pyromaniac grouchy.

Rewards are a good thing. If you can, try to make sure that the PCs land something cool on their first night– the thrill of victory makes returning all the sweeter.

When the players wander around town, it’s good to have a list of businesses and occupations. Modern games benefit from having the yellow pages handy.

The characters will probably treat their town where they start as homebase for a while. Inkwell ideas has a good post on design considerations for the home hamlet or village.

If you want a quick random dungeon (with many customizable parameters), you can’t beat Drow’s Random Dungeon Generator. The monsters are 3e, but for any other game that’s easily suppressed with “Details: Summary” or even “Details: None” if you’re just looking for the map.

Run a quick tarot reading for key NPCs, like the leaders of factions the PCs will encounter, major villains, etc. My tarot article has a quick example and goes into more depth about using tarot readings. If you use Myers Briggs personality types regularly (say, for your job), quickly assigning a character a type can remind you to model other approaches to life.

Another important bit is names. Print out a list of appropriate names for your culture. You never know when the interaction with a shopkeeper is going to turn personal– or when the drinking buddy at the bar will be hired to carry loot out from the dungeon. Abulafia’s random names grouped by culture is a great way to build a culture specific name list. Print out a list or two of names from other cultures and use them for traders, elves, and other foreigners.

Just like players, things often fall into place during the session. Listen to what the PCs are looking for– providing what they want, even if it takes them some work to find, is good way to keep their interest.

What advice do you have for that rushed last minute prep? Do you have a “must have” tool that makes a campaign feel real right away? Please share your thoughts and advice in comments.