The Benefits of Episodic Gameplay

My group is three sessions into a Star Trek series with me in the GM’s chair, and last night’s episode cemented one of the things I like most about running this game: the episodic structure.

I’ve played episodic games before (notably Stargate) and enjoyed them, but until now I’d never run one. There are different ways to approach them (and the Decipher Star Trek RPG Narrator’s Guide offers excellent advice on that topic, whether you’re running a Trek game or not — great book), but the one we’re using is to combine pure episodic structure with serial structure.

In Trek terms, that means it feels a lot like The Next Generation, where episodes from week to week don’t connect directly to each other, crossed with Voyager, where there’s an overarching storyline that connects episodes over the course of a season — but not like Deep Space Nine, which is more purely serial (IE, you can’t just drop in anytime and start watching).

If you’ve never tried running an episodic game, I highly recommend it. This approach stretches different GMing muscles, offers a different kind of fun, and in my opinion generally fits the realities of trying to mesh multiple players’ gaming schedules with real life and still have a blast on game nights better than a traditional ongoing or serial-style game.

After another few sessions of Trek, I’m sure some other advantages will become clear as well, but at the moment this is what’s popped out at me. What am I missing from this list?

Similarly, thus far there haven’t been any disadvantages — it’s just a different style, not a better or worse style. If you’ve run long campaigns in an episodic style, were there downsides? 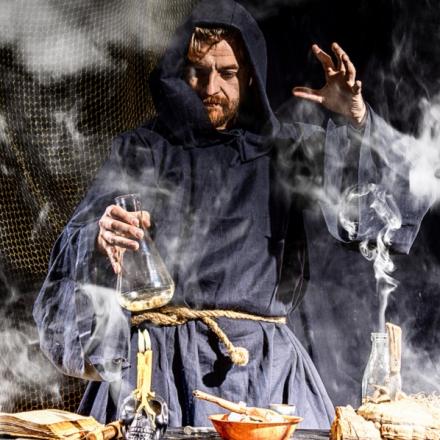 15 Responses to The Benefits of Episodic Gameplay