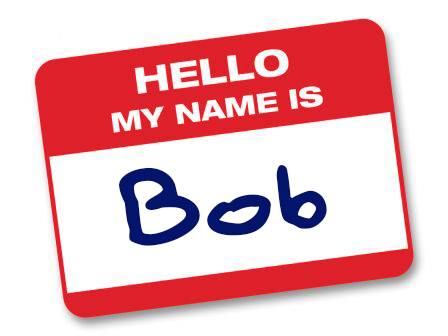 Names are important and have more power than we generally give them credit for. Just ask any demon or member of a faerie court. Well, don’t actually ask them because they tend to get a little persnickety when people try and find out their true names. Either way, making sure your NPCs have appropriate and evocative names is just as important as describing the setting. It goes hand-in-hand with creating the world your players are exploring and can be a deceptively effective way to bring the setting to life.

About a decade ago, I was looking to get back into gaming after a way-too-long dry spell. I’d found a group online and though the GM seemed a little odd, he had a lot of passion for the game and from what he said, had apparently put a great deal of work into the campaign world. Entering the game for the first time, my little Halfling cleric made sure to stop by the local temple to pay her respects. When asked what the name of the head priest was, the GM stared at me blankly for a moment before shrugging and saying, “Bob.” I quickly discovered that this was not a fluke. Pretty much every NPC, other than the main antagonist, was named Bob, Joe, or Joe-Bob. The female NPCs didn’t even warrant a name. Mind you, this was a high fantasy setting. There were several times I literally face-palmed during that game.

There were other issues with the game, but the name thing was the first neon sign that the GM’s understanding of a good game was very different from mine. Ultimately, it didn’t matter how much work he had put into creating the world or the main antagonist; every time he called an NPC something so real-world mundane and normal, and frankly careless, it ruined any hint of verisimilitude. If you’re making any attempt to draw your players into immersing themselves in your game world, failing to put any forethought into the names of your NPCs is probably going to undermine any other work you’ve done.

It is admittedly a tough job to come up with names for every single NPC the players meet through the course of a game, let alone a campaign. Some key NPCs can and should be planned out ahead of time, but the players are always, ALWAYS, going to take interest in some random side NPC you never expected them to care about. There’s a recurring ogre NPC in my Pathfinder game that took on a life of his own because he caught the attention of the players during the fight where they first met him. In those inescapable moments, it’s crucial to be able to come up with an appropriate name for the NPC on the fly.

Put some thought into names appropriate to your setting. Picking just the right names for your NPCs can really help evoke the feel you’re going for with any given aspect of your game. Coming up with styles of names for the various cultures in a game should be a standard part of world building, but I’ve often seen it overlooked or shuffled to the bottom of the pile. Settling on a good theme for the names of the NPCs in the various cities, towns, cultures, or races your players will encounter can help set the mood easier than any elaborate prose description of the group.

Research if you’re unsure of what names to use. Luckily, we live in the age of the Internet, so scads of research is at your fingertips. Whether you’re trying to find historically appropriate names for a Victorian Steam Punk game or ethereal sounding names for some ancient elven elders, a little searching can provide plenty of material. Whether you look at a baby name site or a random name generator, there’s plenty out there to provide names for you.

Keep a list of theme appropriate names. Once you’ve settled on a style of name for the NPCs in your game, you can name the NPCs you know will make an appearance, but also put together a list of names that you can pull from when your players want to know who some random generic NPC is. It’s especially crucial in games where the names are unusual, but even in a modern game it can be incredibly handy to have a list of names to pull from. Back in my college days, my Champions GM would consistently forget to name his villain’s henchmen and would default back to the same name every time. Tito really got around and must have had awesome health insurance considering how many times he got beat down.

Say the name out loud before presenting it to the players. It may sound dumb, but once you’ve decided on some names, say them out loud. This is especially true for non-traditional names. It can be very easy to find something that looks good written down but has problems when spoken aloud. This can be anything from confusing pronunciation to unintentionally sounding like another word. I recently and narrowly avoided this myself when running a game and had to quickly adjust a name to keep a PC’s cousin from sounding like a naughty word for a body part.

There’s so much more I could say on the subject of names, especially if you bring the wide variety of genres we play into the discussion. I’m going to save that for some additional articles, though, where I’ll give some more concrete examples on theme evocative names for different types of games.

What role have names played in some of your games? Have you ever had an experience where the lack of thought put into names killed the game, or the exact opposite, where it elevated it beyond what you expected?