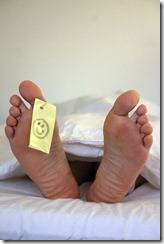 Run a campaign for long enough, and one of these will happen:

Game over, man. Start a new campaign, or at least start rolling up new characters. Been there, done that, got the scars to prove it.

For whatever reason, you want to salvage the campaign. Maybe the players are really getting into their characters. Maybe they’re starting to gel into an effective unit as a party and a group for the first time in well, forever. Maybe you’ve woven the campaign and all of their backstories into a beautifully intricate web that demands to be played out.

Now what? Do you let go of all of that, in the hopes that you’ll find it again amongst the dice and books? Or do you figure out a way to make it work?

To paraphrase any number of famous people, an RPG rulebook is not a suicide pact. No mistake is final, until the GM and group decide that it is final.

First off, raise the possibility with your group of salvaging the campaign — the earlier the better. If you can cut off Armageddon before it happens, you’ve got a better chance of getting away with a minimum of collateral damage.

Next, take ownership of the situation, even if the players or the dice made all the mistakes. Not only are you the most powerful person at the table (in-game), you’re the only one who can decide how to explain it away. Also, it’s much easier for the players to consider the possibility of “that didn’t happen” if they’re not feeling guilty over it happening in the first place. An easy way of taking ownership is asking the players why they did what they just did, and admitting whatever mistakes you made that contributed to that decision.

The delicate task of talking — and listening — to your players is probably going to be the crux of this whole exercise. As GM, use your ability to control the ‘camera’ to ensure that everyone gets their say, and that all of their concerns are recognized. Because some compromise is probable, some concerns will not be met. Keep tempers cool, and control your own emotions and reactions in order to keep the dialogue flowing.

The in-game situation can be explained away by any number of approaches, from a contentious act of fudge, to a clichÃ©d deus ex machina, to a simple but jarring “Okay, that didn’t happen after all.” In my admittedly limited experiences, a simple “that didn’t happen” is easier to swallow than a bad dream or acknowledgment that the party is playing second string to Mr. Machina.

More important than how it happened is how the players feel about the situation, namely if they feel that it sucks all the fun from the game. Some players may misinterpret “We’re not going to trash the campaign for a mistake,” for “Hey! We’ve got a reset button!” This is another place where the GM’s guidance is necessary.

Have you had to rewind time or pull a deus ex machina to save a campaign? Did it work for you? Why or why not? Sound off in the comments, and let us know!

20 Responses to Salvaging a Campaign