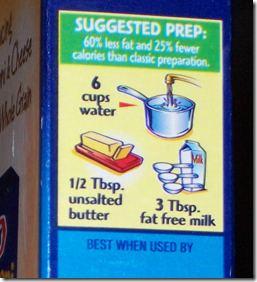 A few weeks ago I was preparing for running games at Ancon, a local gaming convention. A million things were occupying my time, and I only got two out of the three games written that I had to run. Waiting to meet someone at a table in a coffee shop, I decided to start taking notes for the final game I needed to write up. Having only my cell phone, I started writing a 160 character synopsis of what I needed for my game. My time got occupied right up to convention time and I never got back to fleshing out the game. With a table full of players new to the system, and whom I’d never played with before, I pulled out my cell phone and ran the intrigue heavy game off of those 160 characters. The players had a blast.

So, you may ask, what exactly is the point of that lead-in diatribe? Great games can be run with very minimal prep time. When it comes down to it, the game doesn’t exist on any piece of paper or in any published adventure, it really exists at the table between the players and the Game Master. Whatever goes on there trumps whatever was prepared beforehand in terms of fun and enjoyment. Thus, we the people running the games should put the focus on what goes on at the table and not worry about excessive prep. Not all games need it. Many gaming experiences will require, and be made better by, having every last detail laid out on paper beforehand, but not all.Â  So how do you get away with minimal prep and still have a really great game?

Plan Just What Is Necessary
A huge notebook full of details and information is rarely necessary to run a fun game. The basic idea of the plot is always inside the Game Master’s head (if they were the one who came up with the adventure idea), and enough of it needs written down that they can refer back to it and stay on track during the game. The amount that needs written down will vary by Game Master. Some people do better having lots of stuff fleshed out, some require very little. When you feel you have enough written down, stop. Sometimes less written is better. A nebulous idea inside your head is something that can gain form during the actual play and be improved by being defined at the table where you will be able to see the players’ reactions to it.

This was the text message that I ran my game from. It encompassed everything I needed to be able to improv the rest at the table.

The NPCS: A King, the Guards, a Murderer, an Ambassador, a Noble, and a Barrister.
The Locations: A Museum, an Office, a Train, A Port, A Ship.
The Plot: A barrister gathers the PCS to investigate a murder of an ambassador negotiating for an artifact held in a King’s museum. The PCs get hired to free form acquire the artifact in whatever way they want for the ambassador’s country. Once acquired, they get the artifact that the ambassador was negotiating for. Once they get it they need to deliver it. They are pursued on the train they are traveling on and at the port they reach. They must get to a ship where they will be safe. They will meet the emperor who rewards them.

It is a pretty basic plot with a big chunk of free form in the middle. The main idea of it sat in my head, the txt message guided me and made sure I didn’t forget anything or veer too far off course. Any other details that were required, I made up during the game.

Improvise and Adapt
The key to running a game with minimal preparation is to be ready to improvise and adapt to what is going on at the table. The PCs had many routes that they could pursue after finding out about the murder and getting hired to acquire the artifact. They sat and talked about it and decided to try to solve the murder to curry favor with the King. I knew there was a murderer, but hadn’t yet decided who or how. I had some thoughts but never solidified anything. The barrister got the PCs into the crime scene with temporary investigative powers and they set about looking for clues. Based on the ways they searched, I made up clues that pointed to the person I decided was the murderer (one of the guards). Had they gone another way, I would have changed how things went. Had they decided to try to steal the artifact, I would have repurposed the guards as adversaries instead of suspects. Had they tried to negotiate for the artifact, I would have brought in the noble and the king and gone roleplay heavy. Had they decided to try to fight through and take it by force, I would have used the guards as combatants and ditched the other (now unnecessary) NPCs.Â  Not knowing the motivations and details of the various NPCs I didn’t feel restricted in their use. The artifact was the McGuffin and however they wanted to try to acquire it was how I was going to run with it.

The Players Have As Much Invested In Your Game As You Do, Use Them To Guide It
Part of improvisation and adaptability is reacting to the players. This means judging what they might find fun based on what they try to do. When my one player (a humanoid dog hybrid) used his incredible scent ability to investigate for clues, I had him make a roll and decided that the ambassador was killed with poison that was detectable by scent. When another player had a rare language that very few would know and slipped a word from it into interrogations, I decided that the murderer was from that country and with a bad roll would slip up and reveal himself. When a player in a later combat decided to sneak around the train and look for suspicious activity (having noticed they were being followed out of the city), I had him make rolls and come upon the group following them.

Instead of determining what encounters the players would face beforehand, I let them tell me what kind of encounters they would find fun by their actions. I knew there were going to be encounters, I had vague ideas of what they might be, but I decided on the when and where because of what the players did. I had to prompt them to action a few times by providing opportunities and asking them what they wanted to do, but I only followed up on the leads they wanted to pursue.

Players build their characters classes, skills, and special powers based on what they want to do in the game. Giving them the opportunity to do those things will make their character creation choices feel worthwhile. In a minimal prep game it also makes the players feel like they are affecting the story in a big way. I think players get a sense of joy when they overturn the Game Master’s carefully crafted plans with their unique solutions and characters. It feels like winning to circumvent obstacles, and letting players do this helps you create a great game at the table, even if you didn’t create it before getting to the table.

Gather The Tools That Will Let You Do What You Need At The Table
The first three tips of this article (Plan only what you need, Improvise and adapt, & Use the players to guide your game) are great meta-game thoughts, but the thing that makes all these techniques possible is to have enough at the table to support you as the Game Master. Whatever tools you will personally need to improvise have to be there in some form. Not planning out the details of NPCs means you need NPC stat blocks. Not drawing out locations means you need to build them (in your mind and at the table) on the fly.Â  Not having combats statted means you need something to draw encounters from. These are a few tools I’ve found that make running a minimal prep game much easier:

So how much prep do you think is necessary to run a good game? What is the least amount you’ve ever run with? What tools do you use at the table to support minimal preparation beforehand?