Rolling with Default (or Passive) Initiative 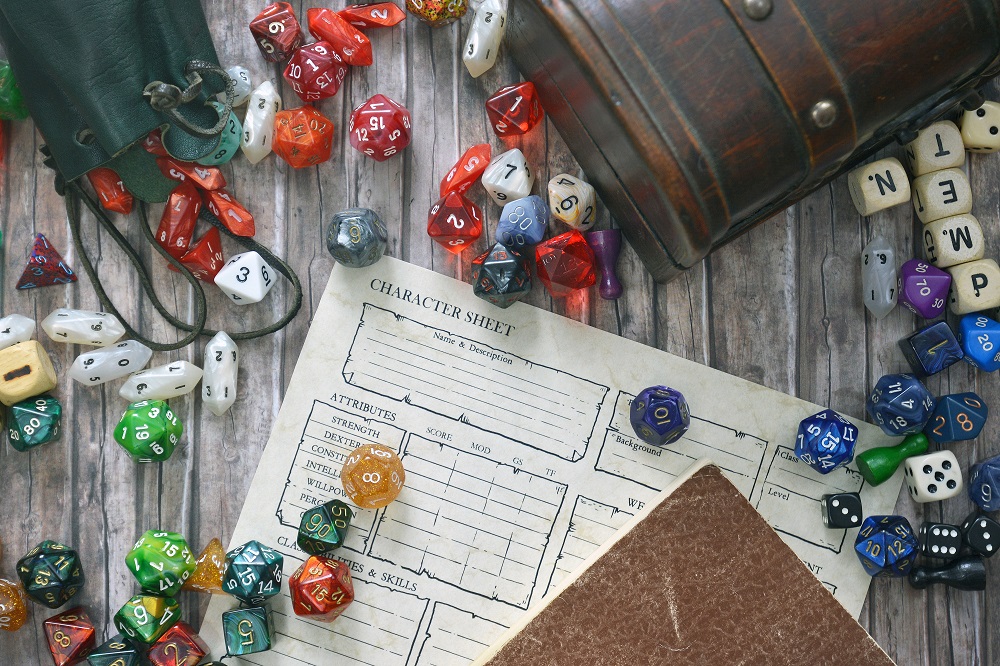 As I’ve begun to move back to D&D online games run through various VTTs, I’ve begun to refine some of my game mastering techniques to accommodate some of the new challenges. One of the techniques I’ve pulled out of my old, tattered, black and white mead notebook is the concept of a default initiative for the group – a way to know in what order the group acts when things go from a free-form narrative sort of scene to a combat or other action / “order of operations matters” type of scene.

Default initiative, in the simplest sense, is pretty much passive initiative. Much like Passive Insight or Passive Perception (Passive Check Explanation from Roll 20) it’s the default, baseline, middle of the line roll you might make. Default initiative as a passive check would just be the score you use for initiative without rolling for it every time. Jeremy Crawford has talked about a passive initiative houserule he uses for monsters in D&D, and this isn’t quite that. In a sense, it shares the same intent but for the party to use as a reaction.

When and how do you use it?

For my interpretation of a default initiative system, every member of the group is given a default initiative. If any interaction occurs that would jump from narrative to a more mechanical action, you throw the default initiatives in for the first round as their reaction ability. Once they’ve had a round to gather themselves and get prepared, the players can reroll their initiative and move into the flow of combat.

As a general score it has a lot more utility though. You can use it to determine the order that players go in when they are all attempting to pull off general actions in the same scene. Have an infiltration mission where one player is schmoozing a dignitary while another one is pickpocketing her at the same time that the third player is trying to sneak into the serving area and a fourth player is simultaneously creeping on rafters above the party that might break? Whew, that was a long and convoluted sentence. Default initiative would act like commas or hyphens – breaking up the action into smaller chunks that could be ordered and understood more clearly.

Default initiative would be a constant way to know if the character in the rafters fell before the character pickpocketing got their chance. Perhaps the order of operations would mean the pickpocketer got advantage or disadvantage on their roll, but that wouldn’t have happened without an initiative order. At the same time, rolling or assigning initiative to every NPC at the party would be tedious. Those characters are more like set pieces, being called into action when the players engage them and otherwise going on about their business as part of the background.
Another meta-benefit of default initiative is the ability to roll back to it in table discussions (especially in the online age of gaming). If you find people are talking over each other, you can call a pause and go in default initiative order, even if you don’t point out that is what you are doing. Sure Joe may talk before Bill does if everyone is trying to talk at once, but it reflects back on their characters abilities to act or influence the situation. This of course works when appropriate and is only fair in situations where it is about character actions. It also depends on how you calculate the default initiative.

So, how do you calculate it?

In a system like D&D you could rely on just the 10 + initiative bonus, but that doesn’t take into account the ability to react to a situation. My ideal calculation in D&D is:

Why? For me this accommodates the ability to realize something is going on and react to it with your normal alacrity. It doesn’t just factor your speed, but also your ability to go from 0 to go in a split second. Any special bonuses you might get to initiative from a power or ability would be factored into this, and dividing by two means you aren’t getting enormous boosts to initiative since you are factoring in two options. If you found it appropriate to do 3 options, cut in thirds, etc.

In other systems this would follow the same rule:

If you’re familiar with letterkenny, you know why a default initiative is important…

Why should you consider it?

For the games where I’ve used this method, I’ve had an easy to rely on system that covered some gaps. If a group gets surprised, they get surprised. If a group is somewhat wary going into a situation, they get to act on the first round with a sense of structure. The speedy rogue usually goes first, which makes sense and validates the character choices. The bulky powerhouse barbarian goes later, but may go earlier because they notice something happening quicker. When everyone has ramped up to action time, they get to re-roll but they got to react with more structure and there was no pause to roll initiative in the narrative.

This sort of system also dovetails nicely with my very generous uses of inspiration or plot points. Group gets surprised and a bandit is about to take 6 HP off the top of the level one character because it goes first? The player may bribe me with an inspiration to use their default initiative in the surprise round even though they fell for the trap. Sure, they may or may not beat the speed of the bandit, but they have a mechanical strut to rest their narrative action on. I could just let them roll, but that slows down the action and response. With the default passive initiative, it represents their ability to react, go, but still only get about half their potential best.

At the core of the concept, Default or Passive initiative that incorporates some perceptive ability is like a coatrack that you can hang some narrative concepts on. It lets you move into action scenes from zero more quickly, it provides a structure when things are chaotic and you need something to rely on for order of operations, and it increases player knowledge of how things may play out. They know their bard is fast, but with that default initiative of 16 they know only the best of the best will get the drop on them, even when they aren’t fully engaged. It’s a fairly simple tweak to a system that lets you smooth over some potential rough edges. Necessary or useful in all situations, no, but when the concept lands it will change the flow of the game and make things run more smoothly.

Do you see yourself using a system like this? How would you change it for other systems you play, especially more narrative ones? Do you use any homebrew style hacks like this?

1 Response to Rolling with Default (or Passive) Initiative