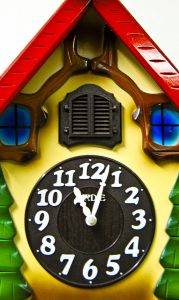 As a general rule, I’m not a big fan of game prep — for me it’s more like work than fun, and the real fun comes when I’m running the game. The catch, of course, is that in order to have the crazy fun of actually GMing for your group, you have to do at least some game prep.

What I’ve noticed over the years is that the amount of prep I need to do to run a fun game varies according to the game, the group and what’s going on in my life at the time. Realizing that my game prep sweet spot is a moving target is a big help when I sit down to think about how to approach GMing a game.

For example, back in college I ran an AD&D 2nd Edition campaign that was 95% improvised, and both I and my players look back on it fondly. It wasn’t a perfect game by any means, but it was one of the most purely fun campaigns I’ve ever run, and that was due in large part to how much of it I pulled out of my ass. For that unique combination of game, group and circumstances, a low-prep improv game worked perfectly.

Fast forward a few years, and I ran a D&D 3.0 campaign for the same group that wasn’t nearly as fun — despite the fact that I put a lot more time into prep. I chalk some of the blah factor up to the fact that I worried too much about prep, and also spent too much time on the wrong kind of prep. Hand-coding a website for the game? Not nearly as important as, say, making sure the encounters I came up with were fun for my players.

I’m currently running a prep-intensive Mage: The Awakening campaign for my group here in Utah, and my prep sweet spot for this particular chronicle is roughly 1:1 — I spend 6-8 hours on prep for each 7-8 hour session. I’m having a blast running this game, and from what they’ve told me my players are enjoying it as well.

So what’s the difference between this prep-intensive campaign and the other one? This time around, I hit my sweet spot. I still make mistakes (of course!), but by and large I’m prepping for the right stuff and spending my prep time wisely.

Finding your sweet spot is a combination of being clear about what kind of game you’re running (and prepping accordingly) and identifying what you, personally, need to do to accomplish that at the table. It doesn’t matter how long other GMs spend on prep — only how long you need.

Look to the Past: How much time did you spend on prep for your last game? Was it a fun game? Could it have been more fun if you’d spent more or less time on prep, or changed up the kind of prep you did? This works well as a starting point for me, and it helps to shape the rest of the process of finding my sweet spot. (If you’re brand new to GMing, of course, you won’t have this luxury. Instead, just experiment with your first game and stay flexible.)

Eyes on the Prize: Know what you and your players want out of each session, and only prep stuff that contributes to that goal. This lines up well with mistake #4 in Patrick’s 5 Mistakes of the New GM: don’t waste time prepping material you and/or your players won’t care about during the game. This might seem self-explanatory, but at least for me it’s easy to forget when I’m under a deadline.

Identify Your Strengths: I’m good at improvisation, and I enjoy it. Knowing that, I can leave appropriate gaps in my prep and save time in the process. For example, I’d much rather write down what an NPC cares about, or what she wants to get out of a scene, and skip writing specific dialogue or plotting out a bunch of ways the scene could go. Ditto with descriptions: I don’t need an elaborate description, just enough of one to evoke the feel I’m going for; I can wing the rest in play.

Identify Your Weaknesses: Among other things, I tend to play too loose with my important NPCs’ stats and abilities if I create them on the fly. Knowing this, I stat up key NPCs beforehand. I’ve also learned that if I don’t self-limit how much time I spend drawing maps, I can waste hours on details no one cares about. These days, I sketch a quick map with the bare minimum of detail and move on.

Break Your Prep into Chunks: For me, those chunks are: brainstorming, outlining, sketching in my outline, writing my scenes, fiddling with my scenes, statting my NPCs, creating my maps and handouts, reading the whole thing over. I keep an eye on how long each chunk takes every time I prep, and after a few sessions I know roughly what to expect. When I spot one that takes a lot longer than I expected, I know to allow more time for that chunk next time.

Evaluate Often: After each session, I think about what went well and what went poorly and try to see if there’s any connection between that and how much, how little or what kind of prep I did for that session. Realizing that I needed stronger roleplaying cues for a particular NPC, prepared responses for spells the PCs might cast or even more/fewer or longer/shorter scenes is a big help for next time.

Stress Thyself Not: At the end of the day, don’t worry yourself sick about prep. I know I’m advocating thinking critically about the time you spend prepping, but there’s a big difference between thinking critically and losing sleep over whether or not you’re spending exactly the right amount of time on it. If you’re running a fun game, you’re probably doing the right amount of prep.

Ultimately, finding your game prep sweet spot is a journey, not necessarily a destination — and it’s a journey that involves a healthy amount of self-acceptance. I would love to spend less time on prep for my current game (or any game, really), but I can accept that for all of us to have fun, I need to put in that time. On the flipside, I’m open to finding shortcuts and saving time wherever I can — there are always ways to learn to prep faster and more efficiently.

What’s your prep sweet spot for your current game? Have you noticed that your sweet spot changes from game to game? Do you have any tips for reducing prep time without sacrificing quality?