Pandora, A Great Tool For Getting Background Music In Your Game 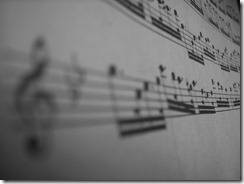 Soundtracks are used to great effect in Movies, TV Shows, and Video games. They up the emotional investment of the viewer, create a connection on another sensory level, and they act as cues for the type of action going on. Having a soundtrack for your game can really increase the enjoyment and investment from your players.

HavingÂ  a soundtrack is a lot more than just playing some music though. Like any powerful tool, a soundtrack for your game can do as much to hinder you as it can to help you. I’m not going to rehash a lot of the ground that Martin covered in his excellent article on creating Deep and Simple Playlists, but I am going to point you in the direction of the newest tool that I’ve found for incorporating music into my game.

A Great Resource For Music — Pandora
Adding a soundtrack takes a small amount of back-end work, but it can be immeasurably beneficial.Â  I just stumbled across a great way to use Pandora to simplify a lot of the work. I’ve been listening to Pandora at work a lot lately. I’ve been loving it so much that I paid the $38 upgrade fee to get the Pandora One desktop player, but Pandora is free if you want to run it out of a browser, you just have to tolerate some occasional ads. I made a station based off of Yoko Kanno’s music and realized how great Pandora can be for making a playlist with the feel you want for your game. 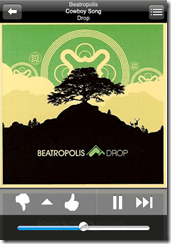 All you have to do is setup a Pandora station based off of a soundtrack or song that you really like. Go to the Station setup and add in a few similar songs from other soundtracks or classical music that has the right feel and Pandora does the rest. You don’t worry about playing the right song at the right time, Pandora just shuffles between music that is similar to your seed music. Set up a few stations with general moods that you want to imbue. Drop in baroque classical and more refined soundtracks for good “Dealing with Nobles” music.Â  Seed a station with some deep Cantus music, stuff from the fountain soundtrack, or FF7’s Sephiroth theme songÂ  for that epic Big Bad Evil Guy feel. Pull some Louis Armstrong, Ink Spots, Roy Brown, Miles Davis, and various other Jazz for a great noir game soundtrack. Find the right mix of electronica, drone, and techno and you can build a sci-fi station that keeps your group feeling futuristic. You can even use stations that others have shared out. Here are a few shared stations that I found with just 5 minutes search:

Lord Of The Rings — The movies gave us some great soundtracks.

Final Fantasy — Is that an incredibly long sword, or are you just happy to see me?

Old School Video Games — Some of the best of 8 bit.

By thumbing up and thumbing down songs you can get some decent mileage out of a Pandora station. It won’t always be perfect, but it will give you lots of music for little work and you can generally let it go on its own once you’ve got it started. Games run in more modern eras are going to get a lot more mileage out of this, but you can do pretty well with soundtracks for fantasy and sci-fi games.

So do you use Pandora for anything gaming related right now? Can you think of 5 seed songs for a good station for the game you are currently running?

6 Responses to Pandora, A Great Tool For Getting Background Music In Your Game