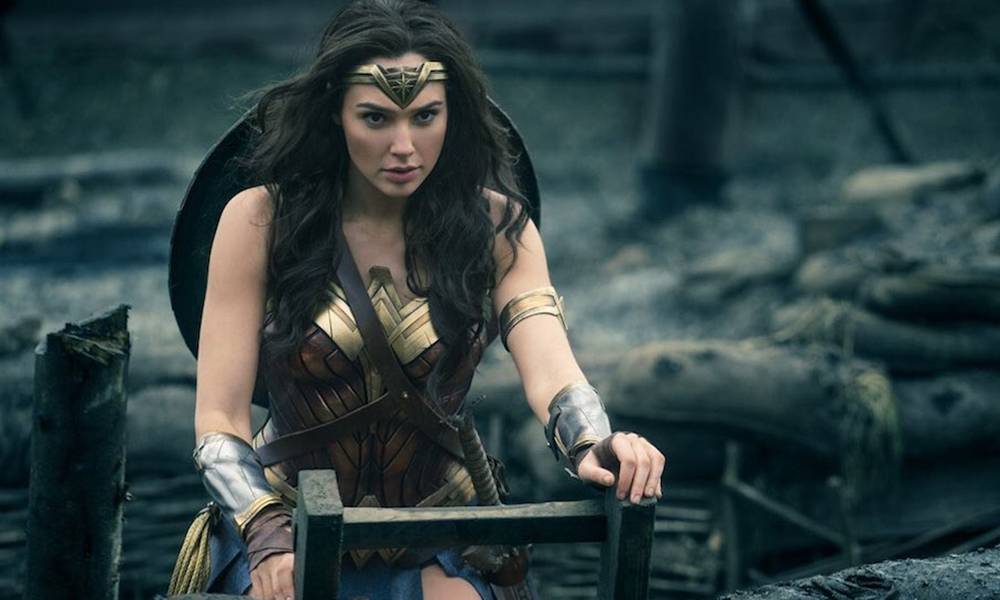 That moment she stepped off the ladder . . . right in the feels.

Wonder Woman made me cry. I was not the only one. Why?

Sitting in the theater on opening weekend, I watched as Diana made the decision to do what needed to be done rather than what she had been told should be done. In that moment, as she stepped into No Man’s Land and implacably moved forward, she truly became Wonder Woman. The impact of that scene hit me hard. Emotion welled up in my chest and I could feel my eyes tearing up. There are many reasons why my feelings were so intense about that scene, but the one I want to discuss today has to do with the fact that I have spent over thirty years of my life playing at being a hero through RPGs. I needed to SEE that moment. To see the truth of HER heroism as an echo of affirmation for every time I’ve tried to bring one of my own heroic girls and women to life.

This isn’t the first time I’ve talked about representation in my articles. One of my early articles talked about character gender in games. Another talked about diversifying pregen PCs for games and gave specific ideas on how to come up with characters that fit. I’m bringing the topic back up because I’ve come face to face with the ideas and I’ve been trying to walk the walk instead of just talking the talk. Bringing a wider, more diverse cast of characters to games is something I think is vital to the health of the hobby.

Most of the games I run at cons are off-the-cuff style games where I don’t know what the hooks are going to be until the players tell me who their characters are. Sometimes, though, I like to dig into setting up a game with pregen characters that are designed specifically for the scenario. I love seeing what different players do with the same characters and scenarios. For this year, I decided to run two games that required prep and pregen characters: Bubblegumshoe at Origins and a 5e D&D game at Gen Con.

For both of these games, I deliberately set out to create a broad cast of PCs, crossing gender, racial, and orientation lines. The primary goal was to create interesting characters that worked in the game, but beyond that, I wanted to stretch myself and what I was offering to the players. My determination didn’t completely erase my nervousness, though. I’ve been gaming a long time and even today it’s not uncommon to sit down at a table and find the majority of PCs offered to be male and white. 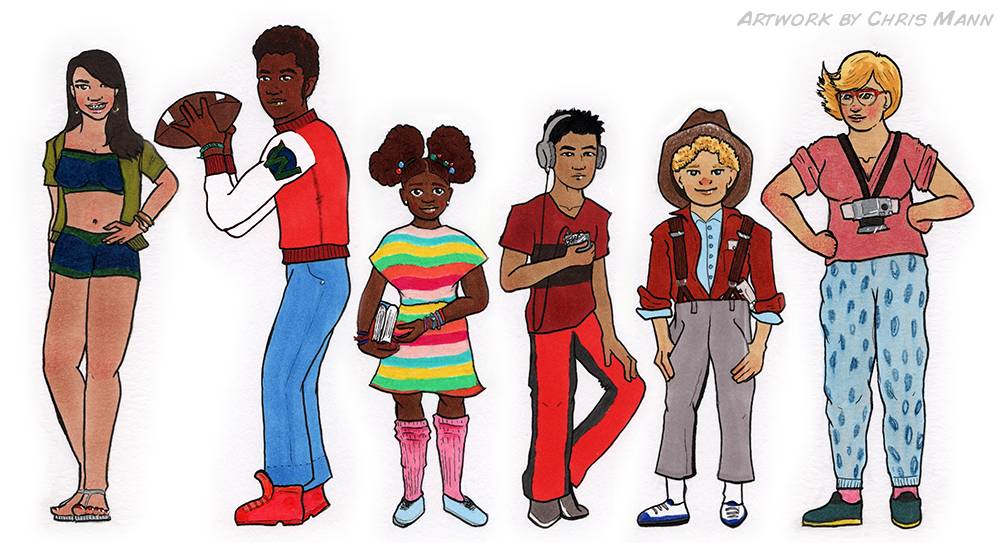 A friend drew the cast for me, since I was having trouble finding images.

My Bubblegumshoe game was a riff on Stranger Things. I started planning this game before Tales from the Loop came out, so Bubblegumshoe was my chosen system. The game takes place in 1984, set in a fictional New York town on a fictional Finger Lake. Riffing off the dynamic of the show, the PCs ranged in age from 13 to 18, with three being younger kids and the other three all being older. The youngest and oldest characters were a black brother and sister being raised by a single mom. One of the younger kids was the child of Vietnamese refugees rebuilding their life. One of the older kids also came from a Hispanic family that had changed their last name to try and ‘blend’. Putting these backgrounds together, I tried to be as ‘true’ and respectful as I could be while still making characters that would be fun to play for those sitting down at the table. The racial diversity of the PCs isn’t an integral part of the game’s story but it opened up players to looking beyond the stereotypes the characters represented: the nerd, the jock, the bookworm, the cheerleader, and so on. I’ve run the game twice, once as a playtest at home with friends, and then at Origins. Both games were a success.

For the D&D game, I wanted a set of interesting and interconnected characters. The set-up for the game is that the Queen is dying and without a clear heir, she has called for a quest to find an ancient artifact that will help name the next heir. Not exactly a traditional adventuring party, each character has a reason to be there, even if they’re not sure who they want to be named heir. I don’t want to go into too many details about the characters since their secrets are part of the game and I do plan on running it again at future cons. So, how are these PCs diverse? There is a hidden same-sex romance between two of them, one is a bisexual polyamorous character with a complicated history, and another is transgender.

For this one, I also ran a playtest at home with friends. The game went really well and helped me clean up the adventure and fine tune the characters before I was running it for people who paid to be there. At Gen Con, I was running games for ConTessa, a fantastic organization dedicated to inclusive gaming. That probably inspired me to make the characters I made, but as I was sitting there waiting for players to show up, I realized that people searching for games wouldn’t see the host organization. They’d just see it was a 5e D&D game. What if I ended up with a table full of players who weren’t interested in the story and just wanted to murder hobo it up a bit? What if I ended up with a table of out-of-touch grognards that still think it’s weird that girls play RPGs? What if it all goes wrong?

When my players showed up, five were guys that had bought their tickets as a group so they could play together. The last seat was a woman on her own. As they read over their characters, I sat there nervously hoping this didn’t blow up in my face. I was adamant that creating diverse characters is important, but with today’s political climate, I was also worried about how some people might react. One of the players hit the point in his background that explained his relationships to the other PCs and I saw his brow furrow. He looked around the table and found which of his friends was playing his character’s secret lover.

Thankfully, my worries about it going south were unfounded. There was a brief bit of juvenile humor in the beginning, but that faded quickly as they settled into the characters. By the end of the game, they were so invested in the characters, regardless of how different they might be from their own experiences, they dove headfirst into trying to get what was right and true for the characters rather than what they as a player might have chosen. It was awesome.

If you can play an elf or an alien or someone who has a set of skills you’ll never be able to master, why not try playing someone who’s got a different skin color or is attracted to a different type of person than you? It may be easy for me to settle into a PC that’s white, straight and female, but why not go a little further beyond what I normally play?

We also need to see others in our heroes. Another aspect of diversity that is super important, but maybe less obvious, is the need to see under represented people being the hero. Opening up their stories to a wider audience lets us look beyond what we know and expand our view of the world. Stepping into a character that’s different from you, but still provides a fun and engaging avatar for a game can help broaden empathy and understanding, even if just a tiny bit. I’m not saying that just because I mixed it up with the orientation and race of my pregens, I expected the players to leave the table changed people, but maybe it opened the door on their idea of who a fun character could be.

4 Responses to Opening the Door