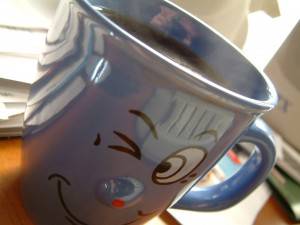 In the suggestion pot, I’ve hoisted up a sordid tale of brotherly contest and woe. Well, not really, but “earnestly guiding his kid brother to game mastery” just sounded too Lifetime movie, you know?

Is there a way to “nudge” a GM who’s unwilling to change or grow?

In this case, we’re all pretty new to roleplaying. Our GM rejects any gamerunning-related reading (articles, blog posts) I suggest, and even brags that he hasn’t read the GM’s manual for the game we’re playing – he’s afraid that any new perspective would “change his style.”

It’s not that he’s bad. We’re having fun most of the time, and he’s got a good grasp on the rules. But just because his approach works with this game and this group of players, doesn’t mean it will work with others, and I’m afraid that by ossifying so early he’s limiting future possibilities for all of us.

I’m his assistant (away-from-table duties – photocopying, player liaison – only), and I feel like I know more about GMing than he does. I don’t want to attempt a coup; I just want to share some of that knowledge. Are there any strategies to make him listen?

Note: If I come off sounding a bit patronizing or possessive here, it’s because he’s my younger brother.

Good questions. I know that giving advice to my younger brother was always tricky, so I’m not surprised that your brother also resists the wisdom of his elder. It must be a defect in younger brothers or something…

There are a number of ways to nudge a GM, but they primarily depend on having a GM want to grow and change. Since your brother professes contentment, it will be much harder to introduce him to new ideas. It’s not impossible by any means, but it does mean that more work and subtlety will be required on your part. Of course, that’s often the older brother’s lot.

The best way to encourage him to master a new skill is to demonstrate it yourself. If you already GM for a game he plays in, point out after the session when you applied a new trick you learned from GMing advice on the web or in the book. Showing that you aren’t perfect, and are learning yourself, will go a long way to making sure that he won’t dismiss your comments as a slam on his style.

You know those guys who work for the CIA in movies; they research a ton of information and somehow condense it into exactly what the hero needs to know three minutes before he’s off to break into the Turkish embassy? You can be that guy. It’s not as glamorous as being the hero, but he couldn’t do it without you.

So, you know how your current assistant duties include photocopying? You could slip in an extra sheet of paper or two when you return the documents to your brother– a printout of a great article on the web, a page of hints and reminders, or anything else that you’ve found that could be useful. Give him a few weeks then look back on the last couple of sessions. Does it look like he benefited from any of the work you did? If so, pat yourself on the back and keep it up– just make sure that you distill it to only one article every week or two. See if he asks where the new article is when you skip a week…

You mentioned that you’re afraid that he won’t learn how to GM a new system appropriately– he’ll just keep using the same style he’s developed whether it applies or not. This isn’t that unusual a flaw among GMs, but it is something that a few systems just won’t take. If he is switching to a new system and you’ve read it, point out any unusual assumptions that it makes about the GM’s role and relationship to the players. If he refuses to listen and the session goes boom, that might help him listen the next time you offer a warning.

On the other hand, many GMs master only a few games. If your brother loves D&D, for example, he might never find it necessary to master any new skills. While his range of games might be more limited, mastery is valuable too– if he’s delivering fun to your group, then he’s doing right so far.

In fact, you might consider his focused interest to be a good split for game systems: he’ll run games that fit the style he’s mastering and you get to run the rest. You can even run the system he’s using if you twist it to emphasize a different slant than his style ordinarily handles.

Many people learn better by doing than by reading or listening. Take your brother to a con and play in some games beside him as a fellow player. At the end of the session, point out cool things the GM did and see if your brother agreed that those things were cool. Then it’s time to reverse engineer those cool moments… if you do the research, maybe he’ll put it in the game. Since you’ve been reading, you’re probably already aware of some tricks to watch for.

Give ’em a Break

When you’re first learning to GM, it often feels like you’re trying to do three dozen things at once and you can never remember them all. At this stage, more things to keep in mind is intimidating. Give your brother a couple of months to get familiar with GMing, then return to the topic again.

If you concentrate your initial offerings on tools to lighten his workload– links to random generator sites, advice on quick NPC personalities and the like, you’ll probably find him receptive. Everyone likes a shortcut that makes things better, or offers a way to concentrate on the fun parts.

What about you Folks?

That’s the advice I’m giving Salbic– what have I overlooked? If you avoided reading GMing books and articles at one time, what changed your mind and got you to read or listen to advice? Please share any tips that can help Salbic and his brother enter the fun world of babbling about RPGs.