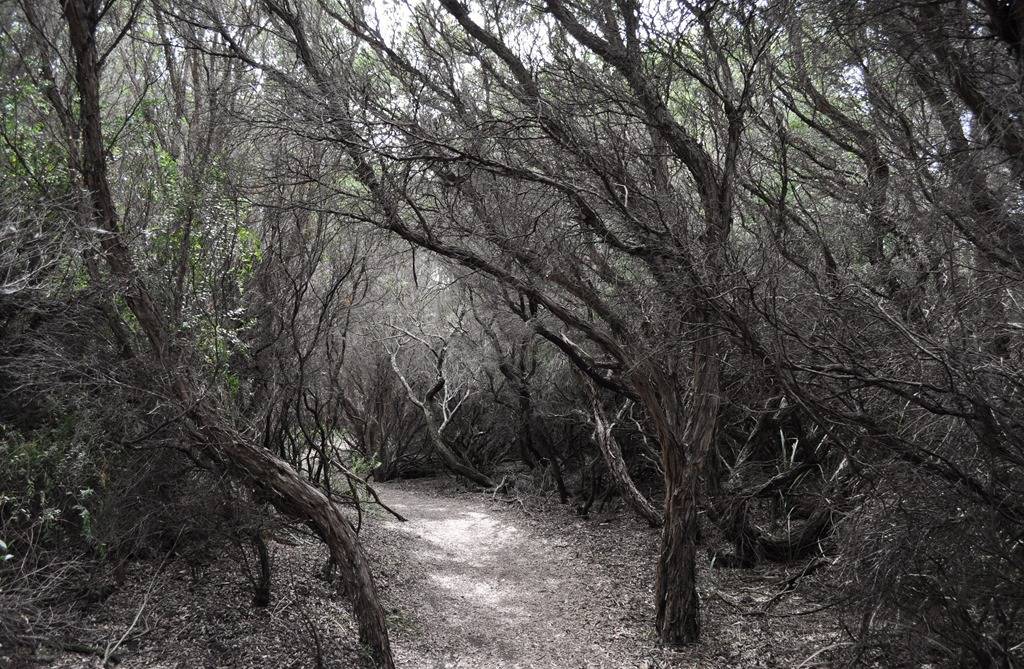 As I may have mentioned in the past, I am always toying with the idea of finally putting together the megadungeon promised by Dungeons and Dragons in my youth. Recently, I found this amazing series of articles on the topic and while my goals are slightly different than those of the author, I felt like I was finally prepared to actually put pencil to paper and start working on my megadungeon project. But, reading another set of articles, a few stray comments caught my eye.

The first mentioned that megadungeons don’t have to actually be dungeons, and I started to consider the megaforest a megadungeon like a forest full of maze-like deer paths, forgotten glades, ruins, dungeons etc… that act much like the classic megadungeon.

The second discussed that you cannot make a megadungeon in a vacuum, that players will eventually grow bored of the megadungeon, wander off to pursue other adventures, then return later so the world and adventures around your megadungeon must be detailed to some extent, which was something I absolutely did NOT want to do.

Turns out that while talking with my primary players a few days later, the topic of classic White Wolf came up, and we went with that instead of either a megadungeon or a megaforest–so this whole line of thinking has been tabled, but I wanted to toss out a conundrum for all our readers to tackle and give feedback.

My first worry was that the commenter who mentioned the necessity of world building was correct. For me world building is one of those great black holes that seems unconquerable and makes me give up on campaigns in disgust. I like it in theory, and the World Builder’s Guidebook is one of my favorite 2e DnD books, but in practice it ends up being a ridiculous amount of unused work that I have very little interest in pursuing. As a consequence, I considered how I could have a campaign centered around exploring a megaforest (or megadungeon) in which I didn’t have to do any world building. True, I could just request out of game that the players focus on exploring the forest, but that seems like an inelegant solution.

My solution was to start the characters in the middle of the megaforest, searching for the way out. Here’s the rough synopsis: characters are in a small village on the edge of a haunted forest no one enters (because few ever return). A large force of savage berserkers starts looting and pillaging the region, putting people to the sword and villages to the torch. When they get to this village, the people flee into the forest–taking near certain death over certain death. The flight is exhausting and terrifying with marauders and forest beasts on their trail the whole time, but otherwise it’s surprisingly easy until the refugees come to a ruined keep at the heart of the forest. However, once in the forest it’s much harder to leave. If you’re trying to leave the terrain is difficult, paths are confusing and monsters are deadly. There’s a lot more “backstory” but the immediate campaign goals are clearing and upgrading the ruins so the refugees have somewhere relatively safe to stay, then finding a way back OUT. You could do something similar with a dungeon:Â  a pit trap drops the characters into an underground river, they wake up later washed up on the shore of an underground sea and have to find their way home.

So here’s the conundrum: I had two conflicting design goals. First, I wanted to be able to map the forest in a fairly small scale (1 mile hexes) so that the characters could explore a reasonable amount of it between having to find a safe-ish place to hole up for the night (about 18 hexes a day), almost like exploring a dungeon made of forest. Second, I wanted the forest to be large enough that a determined set of characters couldn’t just pick a direction and hike until they got out easily (about 3 weeks in any direction from center). This meant that I was faced with detailing a huge area at a small scale which is a daunting task. Here were the options I was kicking around to deal with this issue when my group decided to toss the whole idea and do something else instead:

So, I’m interested in feedback on a few things (though you’re welcome to comment on anything you want I suppose):

17 Responses to Megaforest And Mapping Concerns?