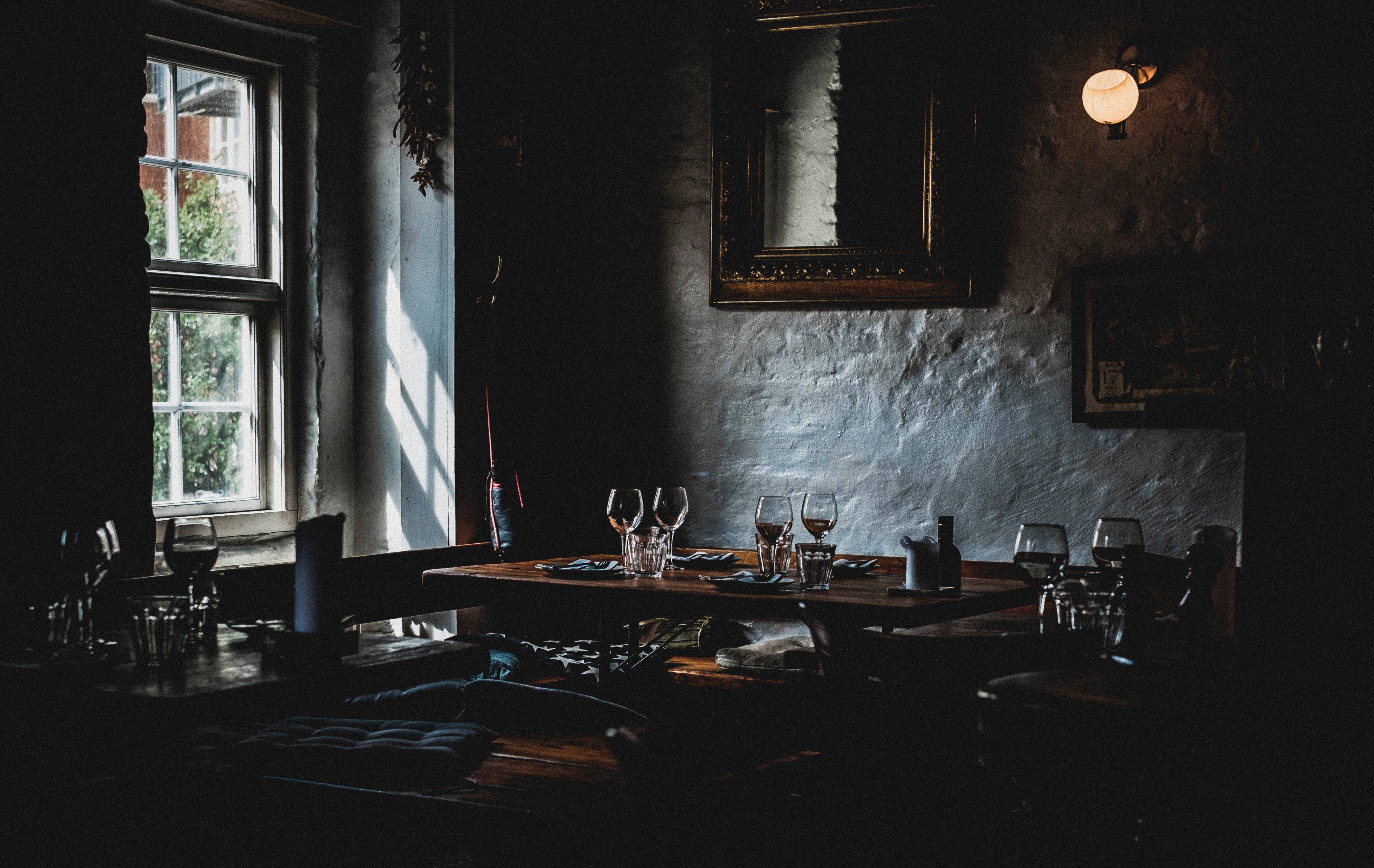 So, the household’s budding roleplayer, a sixth-grader, asked innocently — and insightfully — enough about this trope: “Why start in a tavern?”

Fair enough question, considering he’s never been in a tavern, let alone one catering to adventurers. But even as a young gamer, he’s already challenging some of roleplaying’s conventional aspects. I hope he applies such critical thinking skills to math and science, too, but that’s for another day.

(As an aside, I can attest to the fact that I had been in plenty of taverns by the time I was his age. They were tame establishments, to be sure, but they had a bar, and we were there because they had a special on family-style chicken or offered fish’n’fries on a Friday night.  It was a different era then. My home village didn’t have fast-food restaurants — but it had taverns.  I mean, if you don’t expose your kids to drinking and smoking at a young age, how will they ever learn?)

So, the sixth-grader is persistent: “Why a tavern? Is that where you learn about the adventure?”

No, I said. Hopefully, your party already has a lead on a good adventure location by the time you get to the tavern.  I mean, if you’re waiting for the bard performing by the fireplace to drop hints about where you should go next, the chances are the dungeon is cleaned out already.

“So this is how it works,” I start to say, posturing as a member of the Old Guard of Gamers. I’m about to explain how things are done, but passing it off as supposed wisdom. This is one of the things I can do, now that I have an AARP card.

Your party has its location. Maybe it’s a map. Maybe some crafty old wizard has tricked you into going after a magic item she needs. Maybe the uncle of some friend’s cousin has begged you to search for an heirloom.

Then you look across the table at your fellow adventurers, and you take the measure of each other.

“I’m a Dragonborn Ranger,” he says.

That’s a given, I reply.  What about the others?

“Well, there’s a rogue and a sorcerer.”

“Cleric, for certain. Maybe an archer. But if we get healing cures and if the rogue can handle a bow and check for traps, we might be OK.”

Well, I say, you are thinking like a gamer. You know you need healing and a ranged combatant, so long as you feel your dragonborn ranger is up to the task of being a front-line fighter.

But I want you to think, instead, like an adventurer. It’s the middle ages — or some fantasy equivalent. Times are tough. Life is difficult and brutally short. You’re going into a dungeon. You have an inkling as to the types of monsters that might be lurking there. But it’s underground. Dangerous place. And there’s just the three of you.

“Three PCs can handle most monsters with the right challenge rating …”

Yes, indeed. Hirelings. Spend your money on useful people instead of some overpriced, one-trick wondrous item. Hirelings come with a range of skills. And because they’re being paid — or request a share of the treasure — they’ll do what you ask, mostly. You won’t ask a torchbearer to fight like a man-at-arms, but that’s what mercenaries are for. And if your party doesn’t have a full-blown priest, maybe a fledgling acolyte at the monastery has a hankering to get out and explore after being cloistered away for a few years.

“Where do you get hirelings?”

Not to cast any aspersions on their motives or lifestyles, where do you think hirelings might hang out?

Bingo. At least the ones that are trained to fight. Other experts might be found at guildhalls. Those are private meeting halls for member craftsmen. I presume alcoholic beverages are served during guild meetings, but maybe it’s tea, soda and coffee like at my guild meetings. Worthwhile scouts might be found at cheap inns or bunk houses. Pack handlers, teamsters and lackeys also come in handy. Again, check the village inn. But you get the idea.

“So these guys take care of all the other stuff …”

So you can focus on adventuring … and slaying monsters.

“So, anything else happen at the tavern?”

Well, you get to know these NPCs, and the new players roll up any PCs if they need them, cultivate any of their character’s roleplaying hooks and introduce themselves to the other players. Then they plan for how everyone is going to be deployed in advance, that way there is a standard procedure and we can focus on adventuring once we start delving. I think the new gamers call it “Session Zero,” but in my day, it was just “You meet in a tavern.”

There is a moment of silence as the sixth grader ponders this long-standing rpg tradition.

“So how about keeping track of all the gear and weapons they have to carry?”

1 Response to Troy’s Crock Pot: Let’s Meet in a Tavern