Lead With the Cool Stuff 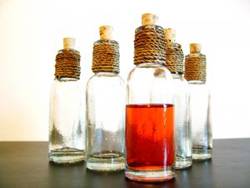 From a useful gaming advice thread on RPG.net:

“Don’t hold back or hoard ideas. If a cool NPC, scene, location, monster or whatnot pops into your head, use it as soon as possible. I’ve seen a lot of people saving their cool ideas waiting for the perfect moment, which of course never comes. The right moment is always now.”

This ties into my third point in “More Fun, Less Work,” but it was really brought home for me at this year’s GenCon — and it’s a great concept for home games as well as con games: put your best ideas out front.

I’ve been itching to try out the DragonMech setting for D&D, so I signed up for a DragonMech event at GenCon. Here’s a quick rundown on the premise of the setting: chunks of the moon are falling to earth, and the only way to survive is inside giant mechs — including some the size of cities, hundreds of feet tall. (I don’t know about you, but I love that kind of stuff — big ideas thrown together in a weird way.)

So what makes the premise of DragonMech cool? Big fantasy mechs. And what did we not encounter until two hours into our four hour session? You guessed it: big fantasy mechs. Worse still, the adventure didn’t involve the party having a mech of their own — we wound up with one, but I don’t think it was part of the scenario. Why bother making it a DragonMech adventure if you don’t get to play with the setting’s niftiest toys?

To my mind, if the coolest thing about the setting is the mechs, then the characters should all be deeply involved with mechs within the first 15 minutes of play. And that goes for games other than D&D — and other cool ideas — as well. Why wait to get to the good stuff?

For me, the problem is that I’m a huge idea-hoarder: when I get a good idea, my first temptation is to nurse it in the darkness, waiting for the right moment to use it in a game — which is exactly the wrong approach! When I was planning my Selgaunt Campaign, I viewed this as an investment in future sessions — once we’d built up to a certain point, those ideas would really rock. Unfortunately, that’s not how it worked.

Instead, they got written down, maybe developed a little bit, and then I never used them. And by “never” I mean that when the game ended after 18 months, we still hadn’t reached what I regarded as the heart of the campaign: the PCs taking over a badass invisible tower full of magical doorways. Looking back, I see how much more fun that game would have been if I’d plunked down that whole idea in the first few sessions, rather than trying to carefully build up to it.

I’m reading an excellent book of writing tips right now (Robert’s Rules of Writing), and one of them, “Go For Broke,” talks about this very thing: saving your best stuff for a future project. It’s not a good idea when you’re a writer, and it’s not a good idea as a GM, either. If you leave your cool ideas sitting on the shelf, so to speak, one of two things is going to happen: you’ll slowly lose interest in whatever you first found so inspiring about them; or you’ll simply never reach the “right time” to use them at all.

I’ve been down both roads, and perhaps you have, too. Neither of them makes for a fun game, so don’t sit on your best ideas — use them!

2 Responses to Lead With the Cool Stuff