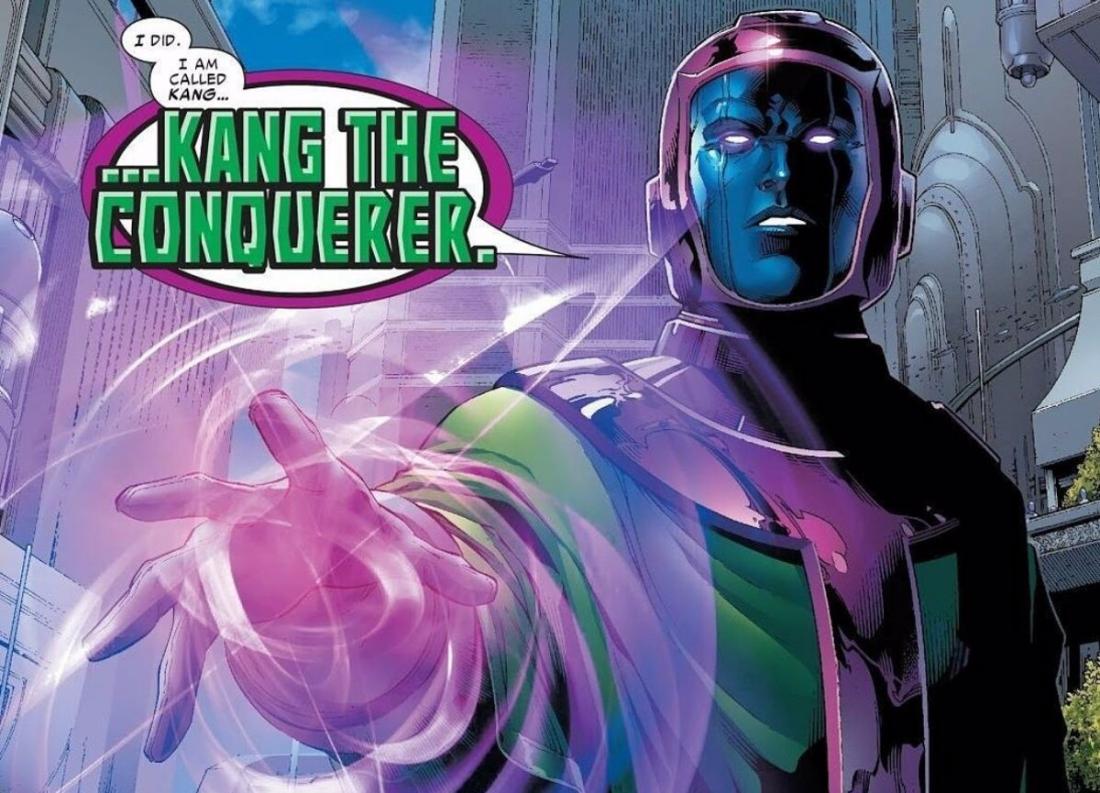 Without going into spoilers, there’s definitely a reason why creating a monster based on Kang the Conqueror from Marvel came to mind. It just makes a lot of sense to mix this comic-book villain with some other monster and create an interesting new archnemesis for your game. I grabbed 5e’s Monster Manual, picked a random page, and I looked upon the revenant. An idea immediately sprang to mind, so I’ll share it for you to steal and use in your games.

I wouldn’t call him a monster, but for this purpose, it fits the category. In a nutshell, Kang is a being from the future that comes to the past to fix it. There’s a ton you can play with just by using this premise. Kang may not come alone to the present day, but accompanied by different versions of himself from different timelines and realities. This means that your version of Kang could perfectly be a scientist the player characters will kill in the future, or ruin their life in some way or another. Remember that gal the crime boss ordered you to steal from? She came back from the future to destroy you as your actions created a butterfly effect that destroys a whole city!

The great part about having Kang the Conqueror be a villain in your game is that even if you killed one version of him, a different version of himself can always return to torment the player characters. It can get old quickly if used repetitively, but if used intelligently you can create not only an interesting story but a great problem for your players to solve. As far as powers or abilities from Kang, he has none, but you can add your own. However, in the comics he is a super-genius with tons of knowledge from different sciences, especially all surrounding time travel. As this was not enough, he has hyper technology from the future that may end up in your player characters’ hands.

Kang by itself is an interesting enough “monster”, but it wouldn’t be a Monster Combo if we didn’t add anything else to the mix! The revenant from D&D5e is a particularly interesting option because just like Kang, it always comes back. Now imagine if this revenant is from someone the characters kill in the future, travelling back in time to kill them at an earlier stage? By making some slight changes we can make it so that the revenant has sworn vengeance to the entire group of characters. Having a personal preference on one single player character can also create a fun dynamic, as the others will have to make sure they protect their ally at all times from the undead traveler.

As far as how its abilities work, the revenant can continuously regenerate, meaning you can create scenes ala Terminator in which the revenant takes hundreds of gunshots as it keeps moving and its wounds heal. Additionally,Â  the revenant’s spirit can possess other corpses when dead, which can create horror scenes like the ones from the movie The Thing. This, however, comes with a countdown, as the revenant only has one year to kill their target. We can entirely remove this,Â  or make it so that the timer is due to some sort of battery that returns the revenant to the future when the time is complete. The Turn Immunity makes it all the more interesting because no matter which RPG you are playing, a priest will be no help. Lastly, all the remaining abilities can be justified and reskinned with futuristic tech.

Bringing the Futuristic Revenant to your game

This is when I usually would offer you a whole encounter for you to use this villain in your game. However, I believe that the best moment to place this enemy in your campaign is when you see it fit. The futuristic interdimensional revenant can present itself at any moment, but it’s going to appear after the characters do something important, or kill someone. It shouldn’t be difficult to spark a whole campaign out of this revenant concept. One of the player characters, or an NPC, did something wrong, and now a futuristic version of a dead man came from an alternate dimension to raise a group of extradimensional versions from this same entity that were killed as well. Now the characters need to do something to get rid of all these revenants, who know at all times where their target is.

This concept can be reflavored for pretty much any setting and/or game. In a superhero game, you already have Kang the Conqueror as an example (go see him in the many animated Marvel shows to get some inspiration). Add more of a mad scientist and zombie feel to this villain if you are going for a horror vibe. It definitely fits the unkillable type of monster, as it always comes back even if you kill it (which should be difficult). More of an everyday/slice of life game? Time traveling usually creates a nice twist for those sort of stories, and this villain can easily be the first piece of the domino (more info on how to GM time-traveling stories HERE). Fantasy genre? This guy can be a priest using the divine magic from the time gods to come back in time. Alternatively, he could be using some powerful forgotten magic to travel in time.

What’s your opinion on this particular concept? Would you use a time-traveling multiversal enemy in your game? Are you planning on using it? If so, which RPG would you run it on? Would you make some modifications to it? Let me know in the comments below!