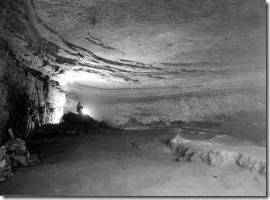 A few weeks ago, I went on a weekend trip down to Mammoth Caves in Kentucky. The cave system at Mammoth Caves is the longest known cave system in the world, comprising ~400 mapped miles of intertwining caves. That is 400 miles that they know about and have mapped. It probably stretches much, much farther and deeper. It was an impressive place, the 12ish miles of it that were open to people without a special spelunking license, and it left an impression on me. Relating almost everything in my life to gaming, as I am wont to do, I couldn’t help but think how much a little real world experience could be brought into gaming’s interpretation of caves. So here are 5 things I picked up from my trip that might improve your portrayal of caves in your games.

1. Cave Architecture Is Fascinating, But Not Always What We Think Of It As

The way most caves are formed is nifty, especially the type we tend to use in adventures, but theyÂ aren’tÂ complete. We tend to imagine caves as great places that fit an adventure path, not an awesome place that just happens to be the setting for an adventure.

This video shows a lot of the cave architecture and look.

There are plenty of fascinating geographical features to caves, and there isn’t enough time to talk about them all. But you can find a lot of great videos that can give you inspiration for new ways to portray caves in your adventures. It is almost unbelievable to think of how caverns look and feel. So seeing video of caves can really inspire you.

Caves are dark, sometimes damp places, but often their lack of humidity and their standard, cold temperature makes for a perfect place to preserve things. The tour guides told stories of a native american body that was found inside the cave. Not a skeleton, the body. It had lost most of it’s mass and depth, but it was squishy and preserved. The tour guides also talked about ancient reed-woven sandals that were found inside the cave. An early 1900s entrepreneur tried to take them to the surface to sell to tourists, but they disintegrated in just a few days. The outside conditions made those fragile fibers decay at an incredible rate. However, wooden climbing poles that were found inside the cave and kept there were nearly as strong as they were when they were first dragged in, according to the tour guides. A sword or other sturdy material taken from a cave might not show much damage, but a very old wooden chest drug out might crumble after a days worth of exposure. It would depend on the age and type of material, but these are things worth thinking about. They can add to the flavor of the cave adventure and really show how different of an environment it is.

A fascinating thing about limestone caverns and cave preservation is that a candle’s smoke and small flame will burn itself in pretty permanently. A popular tourist past-time in the 1900s for recreational cavers was to put a candle on a stick and burn one’s name into the ceiling. This means that, in your game, messages could be easily and near permanently marked. A group of adventurers, or a skilled guide who suddenly seems really frigging impressive to the players, could mark paths with a simple candle and a few seconds work. The orc’s encampment could be gilded and stylized with really freaky markings, even if the orcs aren’t going to be that bright. The blast of a fireball would probably make a very vivid mark.

…are actually pretty absent from most deep caves, but the ones that do exist are pretty nifty.Â  Very few real cave animals make great monsters though, but you can use their presence to add variety to a cave ecosystem.

Cave crickets are pretty common in most caves around the world, and they are often mistaken for spiders.There are many types of insects that live in caves, especially near the surface. Millipedes, beetles, moths, cockroaches, etc. Insects adapted to caves are very much the creepy crawly type, but they are rarely slimy or wet. Dry caves have dry creatures. 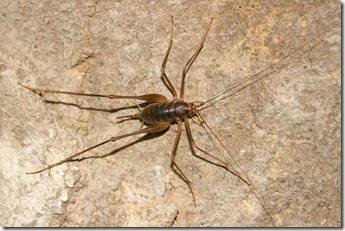 Bats are very present in caves, but rarely get farther down, staying mostly near openings. They also sound very loud inside of echo chambers. 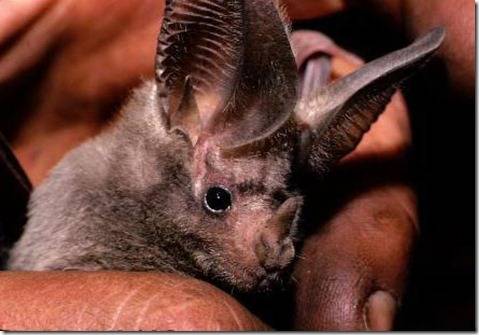 Salamanders, toads, and other amphibians can be found coming in through cave rivers. A great visual is coming upon a cave opening, hearing a rushing sound of an underground river, and finding a hundred salamanders choking the area around it. They might be albino, or they might be recent transplants who make it back to the surface every so often. 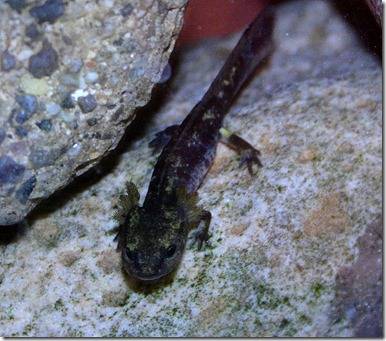 The inclusion of realistic cave creatures is a good detail for games. They can exist right alongside the albino bears, giant creatures, and other creations of pure imagination. They even validate the existence of such fantastic creatures. While most areas of a cave will be barren of life, some have their own entire ecosystems depending on the openings to the outside world, their depth, and what kind of adaptations the creatures have made. Here is a good site for some basic information on cave critters. http://www.adventure-caves-usa.com/cave-animals.html

5. Play Up The Darkness

Caves are really frigging dark. I mean really frigging dark. I was on a lantern tour, where 1 in every 3 or 4 people had an old oil lantern for light. And that was it. We could see okay… but not very far ahead. If I didn’t keep the lantern right at the bottom of my kilt, illuminating my feet, I could stumble very easily. I tried to get some video footage of how little it really illuminated, but cameras aren’t great in low light. This made me think of one thing. Ambushes would be really easy in a cave. A lantern held aloft will illuminate 20 to 30 feet out, realistically, but creatures that can move in the dark can see you really well and fire projectiles from afar. And you can do a lot psychologically with darkness in a cave, talking about how cramped it feels and how the human mind isn’t really ready for that kind of environment. At the least, if we adhere to most gaming conventions about light, we can talk about how big the rooms are and how you can’t really see to the edges. In fact, old guides use to throw “torches” (oil soaked bundles of rags) into corners to illuminate more of a cave room. This was the only way that many of the large caverns could be seen fully at once. 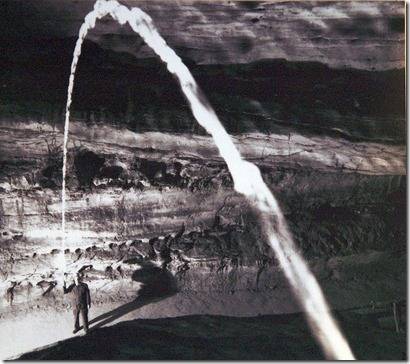 Move to 5:40 or so when the lanterns are shown in the dark. In a cave, Your eyes will adjust and show you more light than this video will pick up, but, thanks to movies and media, we overestimate how much light a lantern or torch really gives.

There are a ton of fascinating facts and information about caves that you can use to enhance this pretty basic element of gaming culture, but nothing really beats seeing it in person. If you’ve got a tourable cave anywhere local to you, go check it out and see what I’m talking about. If you don’t, well thank the digital age. There are lots of great resources for getting inspired by caves. Here are just a few:

Hopefully I’ve gotten you thinking about some of the more realistic, but less explored details of caves. My goal here is to inspire some of the natural wonder that real caves elicit. There are lots of resources out there to garner some new details and inspiration from, and many different types of caves that operate in many different ways. So go searching some inspiration and information on your own. What do you think about caves in RPGs? Do they rarely feel realistic or fantastic enough? Do you prefer the more straightforward approach to caves without a lot of the realistic complications and features? What kinds of fun features have you thrown into cave based adventures?